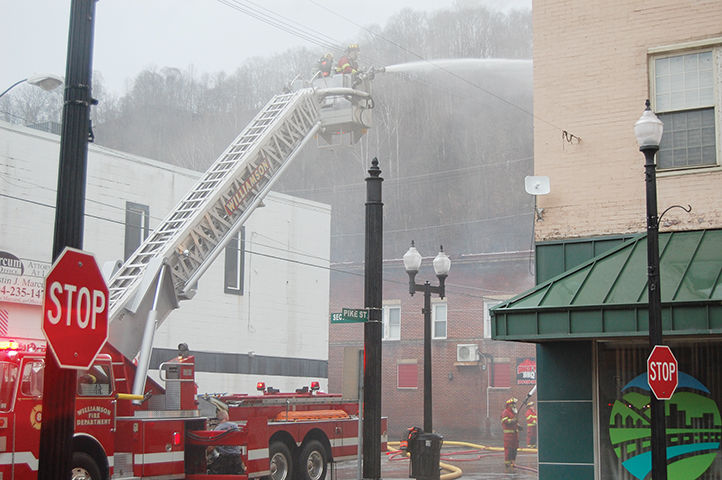 Firefighters from Williamson, Chattaroy, Belfry, and Logan battled a massive fire Monday that ultimately destroyed the former B&L Furniture Annex building at 183 E 2nd Avenue in Williamson. The century-old building was owned by Williamson Health and Wellness Center and was being renovated for expansion of its medical services. 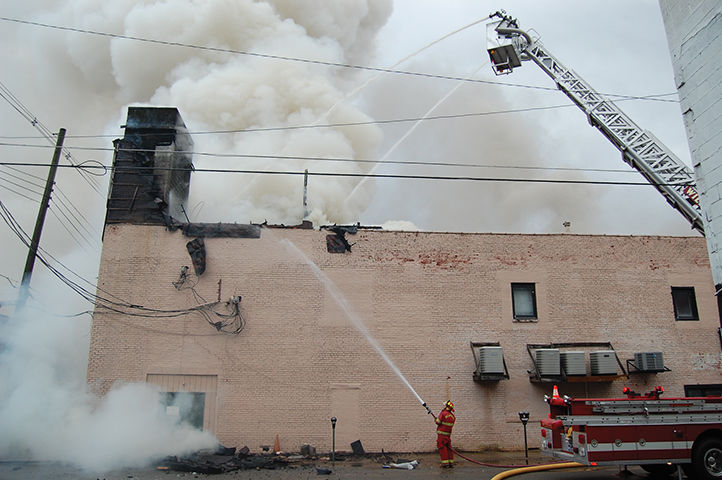 Officials said the massive fire that on Monday destroyed a century-old historic Williamson building was likely the result of arson.

The building, once an annex location for the former B&L Furniture Company, was owned by the Williamson Health and Wellness Center and had been undergoing renovations to expand the center’s medical services.

In the fire’s aftermath on Tuesday, investigators with the WV Fire Marshal’s Office, ATF (Alcohol, Tobacco and Firearms), the Williamson Police Department, and the WFD launched an extensive investigation in an attempt to determine the identity of the individual or individuals who may have been responsible.

West Virginia Assistant State Fire Marshal Todd Hamrick said the investigation is ongoing and that it might be several days before it’s completed.

“Right now we’re continuing to conduct interviews and follow up on several leads,” Hamrick said Wednesday. “We’re also sorting through hours of surveillance video and piecing it together, and that will take us some time to get through.”

Although firefighters managed to keep the fire from spreading to an adjacent building, which is occupied by Williamson Gun and Archery, officials said that building did sustain extensive water and smoke damage.

Carey said firefighters were dispatched and upon arrival discovered a small pile of debris burning near the rear of the structure. That initial fire, Carey explained, was quickly extinguished with the burned material having been removed from that area of the building.

Couple gets married over video teleconference

King: Trump could share facts, instead he floats conspiracies

Later, at around 7:30 a.m., Carey further explained, another fire broke out at or near that same earlier location and smoke and flames were already coming from the building by the time firefighters arrived minutes after being dispatched a second time.

“We immediately made an interior attack on the fire but we were pushed out of the building by the fire, so at that point the decision was made to fight it defensively,” Carey said Tuesday.

Carey said two aerial tower trucks including one brought to the scene by the Belfry, Kentucky, Volunteer Fire Department, along with the use of hoses attacking the fire from the ground, poured water on the blaze throughout the day.

Eventually a large excavator was brought in later in the day, Carey said, to pull down the exterior walls so firefighters could better expose still burning sources of material and extinguish them.

Responding to the fire in a social media post, Mayor Charlie Hatfield said he personally contacted the State Fire Marshall’s office “and conveyed my expectation of a thorough investigation.”

“Before this fire was reported at 7:10 a.m., our Fire Department was dispatched to the same place earlier about 1:30 a.m., and I know this because I was there too ... the outburst of fire some five hours later was undoubtedly the second (and final) commission of the criminal act of arson,” he wrote in the post.

Hatfield also expressed his gratitude for the rapid response and hard work of the Williamson Fire Department, as well as the Chattaroy, Belfry and Logan fire departments that provided mutual aid by bringing both manpower and equipment to the scene.

“We witnessed hard work and sacrifice by our firefighters, remember some are volunteers, as they fought the blaze, recovered belongings of tenants if possible, and most importantly at their own peril searched a burning building for anyone who may have not made it out safely,” Hatfield wrote. “This is part of the ‘why’ we live here, and call this home.”

Carey said no injuries were suffered by either fire department personnel or the public.