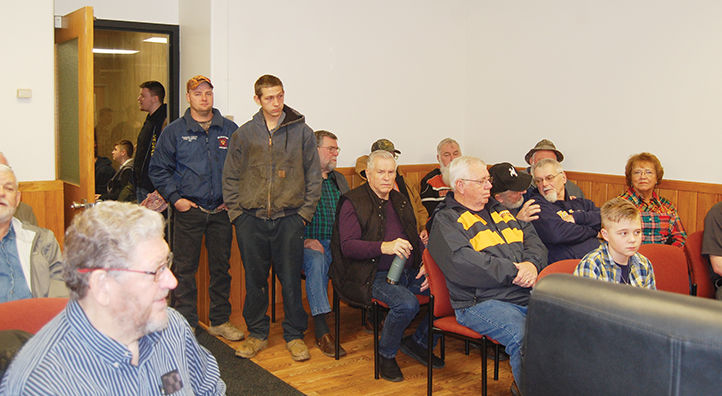 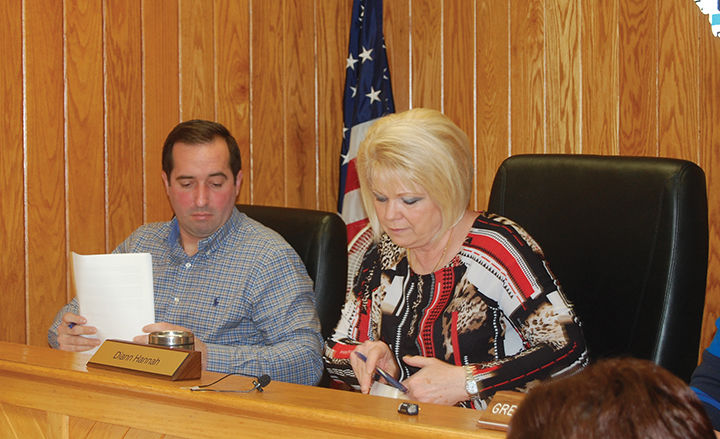 The Mingo County Commission met for three hours Wednesday morning with a standing room crowd as the commissioners voted to sign a resolution declaring the Mingo County as a Second Amendment Sanctuary County.

The Second Amendment to the U.S. Constitution grants the general citizenry with the right to bear arms. The idea of Second Amendment sanctuary resolutions came about recently as several counties in Virginia which were unhappy with the direction the commonwealth’s government was taking with regard to gun control laws following the Virginia Beach shootings last May. The 2A movement gained momentum, especially on the heels of the recent West Freeway Church shooting in Texas.

Kentucky United continued the charge to get 2A resolutions signed by a significant number of county fiscal courts in Kentucky, including neighboring Pike County. The resolutions are now being seen in the Mountain State.

As of Wednesday, the Mingo County Commission became the newest signer of such a resolution.

Commissioner Thomas Taylor read, verbatim, the Second Amendment and said, “It can’t get any plainer than that.

“This resolution shows that we as a commission and the people we represent strongly believe in our constitutional rights in the Second Amendment to bear arms,” said Commissioner Greg “Hootie” Smith. “This resolution is to take a stand. To let our leaders in Charleston, to let our leaders in Washington (DC) know where the people of Mingo County stand. We don’t want there to be any doubt.”

The resolution reads, in part:

Prior to the vote, the commission opened the floor to public comment on the resolution.

“If we would go to the polls, and if we had been going to the polls a few years back, we wouldn’t even being having this discussion today,” said Denver Stacey. “We have elected Socialists into this country.”

“You will find that according to areas with the strictest gun control laws, such as Baltimore, Maryland, and Chicago have the highest rate of violent crimes, said Kenneth Pool. “According to FBI reports, West Virginia, per capita, has one of the lowest crime rates in the country.”

The resolution was signed by all three commissioners.

The Woman Behind Orangetheory

WI: COVID: FARM FORCED TO DUMP OF GALLONS OF MILK

The commissioners also held a discussion concerning the pay rate for poll workers in the upcoming election. During the tenure of former Clerk “Big” Jim Hatfield, the pay was reduced to $150 (total for a training day and election day) to allow the office to have funding for an additional employee.

Commission President Diann Hannah said the pay reduction was the biggest problem that had to be dealt with concerning the last election.

“We have new voting machines this year and our poll workers will require extra training,” she said. “We need to restore the pay back to $175.”

Smith made the motion for the action which was approved by Taylor who was initially reluctant to vote for its passage.

“I have a real problem when an elected official can’t budget his office and the commission has to be the lifesaver,” Taylor said.

Smith agreed with him, saying that during the next budget cycle that the clerk needs to know the commission expects the pay for the poll workers to remain at the $175 rate and that it will be an expense in the clerk’s budget. He said a future bailout will not occur.

Following the discussion, Taylor cast a vote affirming the action  which passed 3-0.

Students from the Jammie Darrin Christian Academy attended the meeting to learn about the workings of local government and to support the 2A resolution. During the meeting, the Hannah, Smith and Taylor spent about 45 minutes talking to the students about their roles as commissioners specifically and about county government in general.

During a special meeting last week by Mayor Charles Sparks and which was held on Monday of this week, Kermit Town Council preceded the MCC by passing its own Second Amendment Resolution.

Sparks said he had been approached by several people in the community during the past few weeks, as well as by two council members and local law enforcement, requesting that the town pass its own resolution as a way to show symbolic support for the MCC as well as for the initiative itself.

“Because we have several items on the agenda for our next regular meeting (Feb. 10), I thought it would be better to hold a special meeting and decide this issue ahead of time,” Sparks said Tuesday. “So last week I got a copy of the resolution that was passed by Fort Gay a few weeks ago and made the necessary adjustments in order for it to be applicable for our council to vote on.”

Although each of Mingo County’s municipalities can pass similar resolutions should they choose to do so,  Sparks explained, ultimately all of them would fall under the governorship of whatever the county decides on the matter.

“It is my understanding that more than 400 towns and cities across the country have already passed their own resolutions, which basically was the reason we wanted to go ahead and, if the council approved, adopt ours as well.”

Sparks said individual resolutions, even those having already been adopted and subsequently used by other towns, can be tweaked to satisfy an individual town’s requirements.

Should any or all of the currently adopted resolutions eventually be rendered by the courts as unconstitutional and/or illegal, Sparks said they can easily be rescinded.