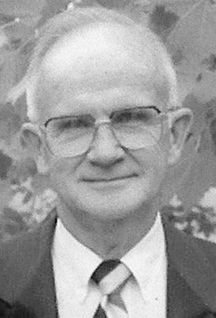 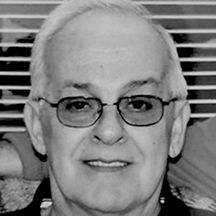 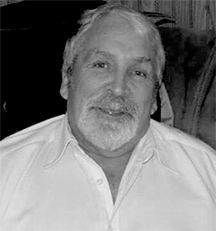 He was born at Holden, March 30, 1937, a son of the late Lace Curry and Dorothy Amburgey Curry.

He was a 1955 graduate of Burch High School. He attended Marshall College in Huntington, and graduated with a Doctor of Optometry degree from Southern College of Optometry in 1960. He practiced optometry in Williamson from 1968 until his retirement in 1999. His wife, Sally, assisted him in the management of the practice for several years.

After retirement, he spent a considerable amount of time pursuing his passion for music. He had written 30 Christian songs over the course of his life. He enjoyed playing the piano and he sang in several area choirs including the choir at Memorial United Methodist Church in West Williamson. His other great passion, being outdoors, was his personal oasis, a place all his own where he felt complete contentment. He enjoyed mowing grass and working in his yard. He volunteered a great deal of his time to the Tug Valley Country Club where he enjoyed manicuring the golf course. He was also an avid golfer.

His quick wit, his sense of humor and his ability to tell a great joke will be sorely missed by his family and friends. He will be lovingly thought of remembered always.

In addition to his parents, he was preceded in death by the love of his life, his wife, Sally Lawson Curry; a brother, Lace Donald “Donnie” Curry; and a sister, Vada Lee Trapasso.

He fellowshipped at the Victory in Jesus Church at Sidney, Kentucky. He was a retired coal miner from Eastern Coal Corporation and a member of the UMWA. He enjoyed being with family and friends and loved to rabbit hunt. He greatly enjoyed helping others.

Willie Jake Hager Cemetery, Ransom, Ky., with family and friends serving as pallbearers. Arrangements were under the direction of the Hatfield Funeral Chapel of Toler, Kentucky.

He enjoyed riding his motorcycle and spending time with his family and friends.

In addition to his parents, he was preceded in death by his wife, Francis Blankenship Hatfield; his son, Michael Paul Hatfield; and his sisters, Ivy Christian and Martha Bryant.

He is survived by his sons, Bruce and William Hatfield, both of Gilbert; his granddaughters, Arianna Frances and McKenzie Hatfield; his grandsons, Keaton and Dustin Hatfield; his brothers, Paul Hatfield (Lorrie), of Hampden, and Bill Hatfield (Faye), of Baisden; his caretaker and dear friend, Kathryn Auville, of Tamcliff; and a host of other dear relatives and friends.

In honoring his wishes, cremation has taken place. A memorial service will be announced at a later date. Arrangements are under the direction of Mounts Funeral Home, Inc., of Gilbert.

James Franklin “Bud” Hill, 75, of North Matewan, died Friday, Jan. 10, 2020, after a brave fight with cancer, while surrounded by his family.

He is the son of the late Jack and Zepherine Syzk Hill.

He was a retired factory worker for both Owens Illinois in Huntington, and the Chrysler Assembly Plant in Newark, Delaware. He served his country proudly in the United States Army in the combat theater of operations at Bien Hoa Air Base, Vietnam from 1966-1967. After retirement, he moved back home to Matewan from New Jersey to be with his family. He was a pet lover and enjoyed taking care of his many cats and his dog, Frank. He enjoyed playing the lottery and playing the daily pick 3. While living in New Jersey, he always took his vacation in the summertime and around the holidays to come home to Matewan and spend that time with his family. He was a stranger to no one and had many friends throughout the community and in New Jersey who will surely miss him.

In addition to his parents, he was preceded in death by two sisters, Phyllis Hill Marcum and Sylvia Hill Scarberry; one brother, Thomas “Tommy” Hill; and one niece, Paula Scarberry.

He is survived by his sisters, Mary Hill and Tammy Hill, both of North Matewan; brothers, Jack Hill (Sue), of Ormond Beach, Fla., Tony Hill (Michelle), of Varney; his nephews, Adam Hill (Necha) and their daughters, Mia and Lexi, both of Huntington; Jackie Hill, of Georgetown, Ky.; and Keith Hill and his daughter, Aliyah, of Shady Woods; nieces, Jennifer Scarberry Price (Steve), of Hagerstown, Md.; Valerie Scarberry, of Charleston, S.Car.; Melissa Hill Maze (Rodney) and son, Caleb; Brittany Hill and daughters, Khalia and Devyn, of Charleston, S.Car.; and a host of other loved ones, neighbors and friends.

In honoring his wishes, cremation services will be held. Burial will follow at Sprigg. Arrangements are under the direction of Chambers Funeral Services, Inc., of Matewan.