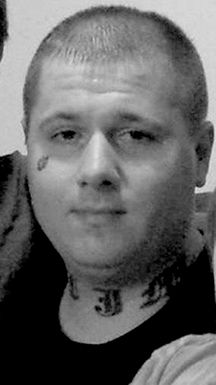 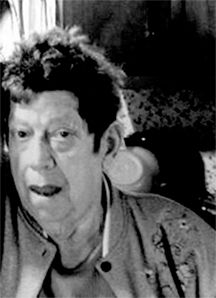 He was a former butcher at Quality Foods.

He was preceded in death by his dad who raised him, David Daniel Keene, of Aflex, Kentucky.

Funeral services were held at 1 p.m., Wednesday, Dec. 18, 2019, at the Leckieville Freewill Baptist Church with Bro. Lee Dotson officiating. Burial followed at the Keene family plot at McCoy Cemetery, Burnwell, Ky., with family and friends serving as pallbearers. Arrangements were under the direction of the Hatfield Funeral Chapel of Toler, Kentucky.

She was born at South Williamson, Ky., Sept. 1, 1945, the daughter of the late Wade and Dixie Elizabeth Dotson.

Karen was a loving daughter, wife, mother, grandmother, sister, aunt and friend. She loved spending time and doing things for her family. She was of the Church of God Faith.

In addition to her parents, she was preceded in death by her loving husband, Eugene Goad; and two brothers, Clifton and Ervin Eugene Dotson.

Funeral services were held at 1 p.m., Monday, Dec. 16, 2019, at the Mounts Funeral Home Chapel with Rev. Homer Blankenship and Rev. Jackie Jessie officiating. Burial followed at the Dotson Cemetery, Wharncliffe, with family and friends serving as pallbearers. Arrangements were under the direction of Mounts Funeral Home, Inc., of Gilbert.

He was born at Williamson, Aug. 20, 1956, the son of the late Basil and Martha Workman Robinette.

He was a disabled coal miner and attended the Chattaroy Church of God.

In addition to his parents, he was preceded in death by his brothers, Clarence and

He is survived by his children, Ronnie VanMeter, Carrie VanMeter and Ashley VanMeter; his step-daughter, Bethany Smith; his brothers, Donald Robinette (Wilma), of Varney, and Basil Robinette (Brenda), of Stony Point, N.Car.; his sisters, Emma Duncan (Howard), of Ragland, and Sandra Crank (Clifford), of Belfry, Ky.; and his two grandchildren.

Funeral services were held at 12 p.m.,Wednesday, Dec. 18, 2019, at the Chafin Funeral Home Chapel with Rev. Rick Endicott officiating. Burial followed at the Robinette Cemetery, Brushy Fork, with his nephews, family and friends serving as pallbearers. Arrangements were under the direction of the Chafin Funeral Home of Delbarton.

He was a lover of Jesus and a member of the West Williamson Freewill Baptist Church.

In addition to his parents, he was preceded in death by his brother, Leo Thacker; his daughter, Oma Lea Blankenship; his sister-in-law, Ersie Stepp; and his brother-in-law, Mike Ray.

Funeral services were held at 1 p.m., Wednesday, Dec. 18, 2019, at the West Williamson Freewill Baptist Church with Gary Dove and Chad Hackney officiating. Burial followed at the Buskirk Cemetery with his family and friends serving as pallbearers. Arrangements were under the direction of the R.E. Rogers Funeral Home of Belfry, Kentucky.