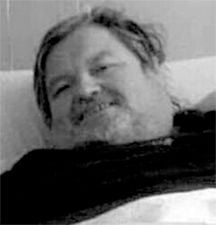 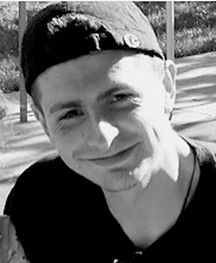 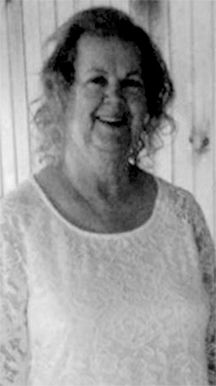 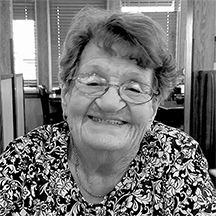 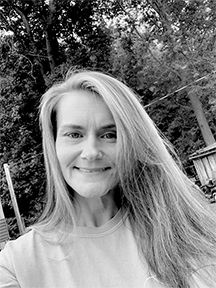 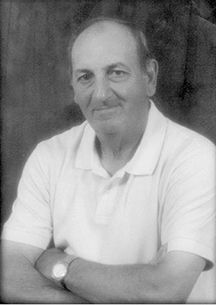 He was a member of the Wharncliffe Church of God. He enjoyed going to church, spending time with his family and friends and hanging out at Bonnie’s Place.

In addition to his parents, he was preceded in death by his brother, Jessie (Junior) Hatfield.

The family thanks everyone who has been there for Lonnie and helped him with anything he has needed, past and present.

Friends may gather with his family on Saturday, Sept. 21, 2019, from 12 p.m. until 2 p.m., at Mounts Funeral Home Chapel, where funeral services will commence at 2 p.m., with Rev. Rick Endicott, Rev. Garfield Hatfield and Rev. Winford Bradford officiating. Burial will follow in the Carter Cemetery, Browning Fork. He will be carried to his final resting place by his family and friends. His nephews will serve as honorary pallbearers. Arrangements are under the direction of Mounts Funeral Home, Inc., of Gilbert.

In lieu of flowers, the family kindly asks that donations be made to: Mounts Funeral Home, Inc., P.O. Box 1567, Gilbert, WV 25621, to help with funeral expenses.

She was of the Church of Christ Faith and was baptized in Elk Creek. She was a graduate of Burch High School in 1980, where she played in the band. She was a loving mother, grandmother and sister.

She is survived by her son, Samuel Archie Marcum (Kayla), of Rome, Ga.; her brother, Ernest M. Chafin Jr., of Dahlonega, Ga.; her sister, Shelly K. Shrum, of Delbarton; her step-sisters, Shawnna Lynn Dillon, of Manchester, Tenn., and Bridgett Chafin; her grandchildren, whom she loved dearly, Rocklyn and Blake Marcum; her special aunt, Shelby Harrell; her friend, Diana Gilmour; her nieces, Ashley Davis, Samantha Shrum and Amanda Oliver; and her great-niece, Karson Vance.

No funeral arrangements have been scheduled at this time. Burial will be in the Starr Cemetery, Caney. Arrangements are under the direction of the Chafin Funeral Home of Delbarton.

In addition to his parents, he was preceded in death by his loving wife of 42 years, Janice; his brothers, Andy Maynard, Darrell Maynard and Leonard C. Ooten; and his sisters, Maxine Kidd and Judy Taylor.

He was a faithful member of the Duncan Fork United Baptist Church and was a devoted Christian. He was a heavy equipment operator for well over 50 years. He never met a stranger and if you were a stranger you, wouldn’t be by the time he finished talking to you.

He is survived by his daughters, Cathy L. Hatfield, of Williamson, Susan Hatfield,  of Man, and Cindy Browning and Angie Browning, both of Delbarton; his brother, David Hi Maynard, of Delbarton; his sisters; Yvonne Davis (Roger), of Buckhannon, Alma Curry, of Mud Fork, and Ann Hardin, of Huntington; his grandchildren, whom he loved very much, Crystal Morstadt (Shane), Ashley Summers, Joey Morris, Corey Mathis and Chris Estep (Terah); his loving great-grandchildren, Caylin, Chloe, Bryson, Storey, Roman, Brynlee, Shiloh and Phillip; a host of nieces, nephews, brothers-in-law, sisters-in-law, church family and many friends, who were family.

He was loved by so many and will be missed by all who knew him.

Funeral services were held at 1 p.m., Friday, Sept. 20, 2019, at the Duncan Fork United Baptist Church with Elder Eddie Layne officiating. Burial followed in the Estep Cemetery, Duncan Fork, Delbarton. Arrangements were under the direction of the Chafin Funeral Home of Delbarton.

The guestbook may be signed at www.ChafinFuneralHome.Com.

He was born at South Williamson, Ky., May 25, 1979, the son of Martha Sue Vipperman Roberts, of Williamson, and the late Gerald G. Roberts.

He was a graduate of Belfry High School and was a foreman with Elliott Contracting where he had worked for over 6 years. He adored kids and coached Buddy Leagues and Travel Leagues for 8 years.

Delbarton; five nephews and four nieces; and a host of other dear family and friends.

She was born at Welch, Jan. 30, 1976, the daughter of the late Dave and Shirley New Robinette.

She was a loving mother, grandmother, sister, aunt and friend. She loved riding and showing horses and rolling stone. She enjoyed spending time with her children and grandchildren.

In addition to her parents, she was preceded in death by her first husband, Jeff Stevens.

Her beautiful smile and tender heart will be greatly missed by all who knew and loved her.

She was born at Majestic, Ky., Sept. 26, 1934, the daughter of the late Ira and Florence Ferrell Robinett.

She was a custodian for the Middlefield Schools for 15 years. She enjoyed cooking, sewing and spending time with her grandchildren. She was a devoted member of the Church of Christ in Cortland and Chardon.

In addition to her parents, she was preceded in death by her loving husband, Harold L. “Windy” Trent; two sons, Vernon W. and Timothy “Tim” Trent; two brothers, Charley and Lincoln Robinett; and one sister, Alice Allen.

She is survived by her grandson, Christopher Trent (Rebecca), of Cortland, Ohio; one sister, Betty M. Pascute; one brother, Frank Robinett, of Majestic, Ky.; four great-grandchildren, Nevaeh, Kaleb, Kaliyah and Jakob Trent; many nieces and nephews; and a host of other dear family and friends.

Funeral services will be held at 1 p.m., Sunday, Sept. 22, 2019, at the Mounts Funeral Home Chapel with Evangelist David Blankenship officiating. Burial will follow at the Trent Family Cemetery, Justice. She will be carried to her final resting place by her family and friends.

Friends may gather with the family on Saturday, Sept. 21, 2019, at the funeral home, from 6 p.m. until 9 p.m. for visitation. Arrangements are under the direction of Mounts Funeral Home, Inc., of Gilbert.

The family kindly asks that material contributions be made to: Cortland Church of Christ, 2330 Hoagland Blackstub Rd., Warren, OH 44481.

In addition to her parents, she was preceded in death by her first husband, Thomas J. Walls; and her brother, Bryant Cline.

She was a loving daughter, mother, grandmother, sister and friend. She loved horses and especially enjoyed going to horse shows. She was a born-again Christian.

She is survived by her companion of 42 years, Darrell Toler; her daughters, Jessica Toler and Darya Lynn Toler; her grandchildren, Kyle Wolford, Aaliyah Brook Wolford, Kaitlyn Ellis and Dillon Ellis, all of Baisden; her brother, Dennis Cline, of Hanover; her sisters, Susan Shafer, of Morgantown, Rhonda West, of Baisden, Regina Cline, of Bristol, Va., and Lora Cline, of Baisden; her special friends, Mary Walls, Leo and Ruth Ward, Larry Dale Ellis and Scotty and Josetta New; and a host of other dear relatives and friends.

His beautiful smile was contagious. His hugs were like no other; as he embraced with all the love in his body and soul. He loved being an uncle to his beautiful nieces, Aria and Liza. Aria would say, “Daniel’s my best friend.” Daniel treasured time with his family and friends. He could brighten any room with his humor and laughter. He loved music and singing out loud to the top of his lungs. His love for music knew no boundaries. He had a profound talent for writing and enjoyed reading the classics. He discovered a love for travel and the ocean in sunny California, where he became actively involved in AA. He touched the lives of many others while going through his own battles. He sought to become a better version of himself.

He is survived by his parents, Paul Williamson (Bridget) and Laura Helvey (Mark); three sisters, Aimee Williamson, Emily Robinson and Alexis Helvey; two brothers, Aaron Robinson and Andrew Williamson; two beautiful nieces, Aria and Liza Klyse; and a special brother-in-law, Travis Klyse. He was blessed to be loved like a son by Tim and Deborah May.

In lieu of flowers, the family kindly requests donations be made to the Lantern Center for Recovery in Cleveland, Ohio, at www.thelatern.info.