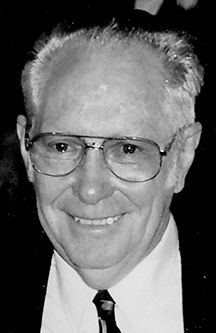 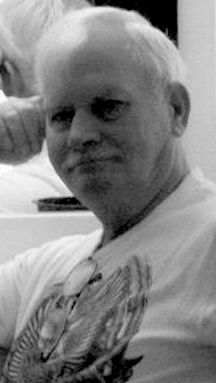 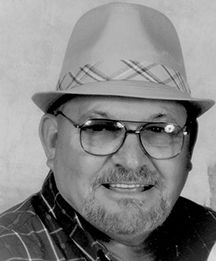 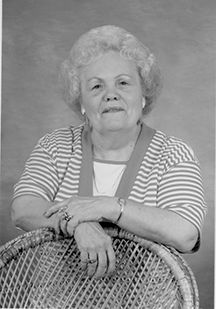 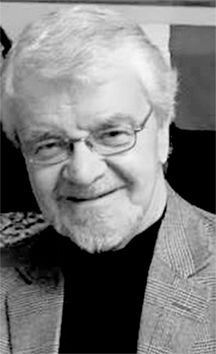 He served his country proudly in the United States Air Force and was honorably discharged at the rank of staff sergeant. He was an outstanding athlete in his youth and was inducted into the Fort Gay High School Athletic Hall of Fame, honoring his two-time selection as an All Conference Player of the Year.

He was a longtime and devoted member of the First Baptist Church of Williamson where he was active in numerous capacities. For all the kindness and service he so willingly gave to others, his major focus in life was service to God and caring for his beloved  family.

While his shoes will be impossible to fill, he leaves by virtue of example, the legacy of a man who invested himself in living a good, meaningful and robust life, loved God, cherished his family and respected the gift of friendship.

He will be sorely missed and lovingly remembered by everyone who had the pleasure of knowing and loving him.

Funeral services will be held at 1 p.m., Friday, Dec. 13, 2019, at the First Baptist Church of Williamson, with Pastor Jarrod Belcher and Rev. Carl Butler officiating. Burial will follow at the Mt. View Memory Gardens, Huddy, Ky, with members of the board of deacons of the First Baptist Church of Williamson serving as pallbearers. Honorary pallbearers will be Gene Hatcher, Dr. Jeff Vaughan and Bill Smith. Arrangements are under the direction of Weaver Mortuary, Inc., of West Williamson.

She was preceded in death by her paternal great-grandmother, Chole Cook.

In addition to her parents, she is survived by her siblings, Ryan Hall, of Forest Hills, Ky., and Alyssa Hall, Carissa Hall, Narissa Hall, Ashlynn Hall, Arron Hall and Lucas Hall, all of the home; her paternal grandfather, Glen Cook Jr., of Sidney, Ky.; her maternal grandparents, Tina Nolan, of Auburn, and Johnny Adkins, of Man; her paternal great-grandfather, Glen Cook Sr., of Williamson; her maternal great-grandparents, Luther and Pearl Blankenship, of Auburn; and a host of aunts, uncles and cousins.

Though our time with her was all too brief, she filled our hearts with love and joy and her memory has been etched in our hearts forever!

He was a retired employee of the Pike County Road Department. He was of the

In addition to his parents, he was preceded in death by his wife, Deborah Hopkins; his son, Robert Hopkins; his daughter, Zella Mae Hopkins; and several brothers and sisters.

Funeral services will be held at 12 p.m., Friday, Dec. 13, 2019, at the Hatfield Funeral Chapel at Toler, Ky., with Elder Richard Staton officiating. Burial will follow at the

as pallbearers. Arrangements are under the direction of the Hatfield Funeral Chapel of Toler, Kentucky.

He was born at North Matewan, Aug. 3, 1931, the son of the late James Melmige Sr. and Gazella Kovash Melmige.

He was devoted to his family. He was a beloved husband, father, grandfather and uncle. The welfare of his family was always foremost in his mind. He was proud of his children and grandchildren and their unique talents and individual accomplishments.

He served his country proudly in the United States Army from 1952 until 1954. Ranking as a corporal, he was honorably discharged from military service in 1954.

In addition to his parents, he was preceded in death by his brother, Louis Melmige; and his son-in-law, Robert Calfee.

Visitation will be held from 11 a.m. until 1 p.m., Saturday, Dec. 14, at the mortuary. Arrangements are under the direction of Weaver Mortuary of West Williamson.

In lieu of flowers, the family kindly requests that memorial contributions be made to the Memorial United Methodist Church, P.O. Box 536, Williamson, WV 25661.

Arrangements are under the direction of Weaver Mortuary, Inc., of West Williamson.

In addition to his parents, he was preceded in death by a daughter, Jennifer Sue Mounts, who died at birth; two brothers, Roland Clayton Wolford and Bobby Mounts; and a sister, Della Rae Caupp.

He was the cherished husband of Eva Anderson Mounts. He was a retired truck driver. He loved riding his horse when his health permitted and was a wonderful grandfather who enjoyed his grandchildren.

In addition to his wife, he is survived by one daughter, Shirley Gillespie (Reed), of Kimper, Ky.; four brothers, Steve Mounts (Betty), of Phelps, Ky., Robert Mounts (Tammy), of Delaware, Amos Mounts (Shelly), of Dayton, Ohio, and Larry Wolford, of Delaware; two grandchildren, Matthew Justice and Adia Gillespie, both of Kimper, Ky.; and a host of family and friends.

She was a Christian and of the Church of Christ Faith. She was well known for

her outgoing personality and giving nature. She worked at many different jobs, but she

was known to most as the lady from the Betsy Ross Store.

In addition to her parents, she was preceded in death by her husband, Walter; her sons,

She loved her family dearly.

The family would like to thank the staff of Trinity Nursing Home and Dr. Abbas for the kind and loving care given to their mother.

James H. “John” Thompson, 75, a beloved father, friend and minister, went home to be with his Lord and Savior on Tuesday, Dec. 3, 2019. After a brave fight with ALS, John, a resident of Gilbert, died peacefully at his residence surrounded by family and friends.

He was born March 1, 1944, at Chattaroy, to James H. and Edna Maye Frangowlakis Thompson. He grew up in Chattaroy surrounded by his parents’ large and loving families, including 12 aunts and uncles.

He was preceded in death by his parents; his sister, Minnie Belle Coburn; and his grandmother, Mattie Hatfield Varney.

After graduating from Chattaroy High School, he followed much of his family to Ohio where he started his service at Salem Baptist Church, Columbus, Ohio. John enjoyed leading as a youth minister and as Outreach Director by helping the church grow through its bus ministry. After being led by the Lord to serve as a minister, John moved to Fort Worth, Texas, to attend Southwestern Baptist Theological Seminary. Upon receiving his degree, John returned home to Chattaroy as the Pastor of Chattaroy Missionary Baptist Church. His work at Chattaroy led him to missions work through the Coalfield Association of Southern Baptists and Pastor to Gilbert Creek Baptist Church. There, John helped the needy in the community through a clothing, food and supply outreach program. Churches all over the East Coast gave to the Association to assist John in these outreach programs for the people of the Gilbert Creek area.

Joseph Edward Webb, 66, of Cookeville, Tenn., died Saturday, Dec. 7, 2019, at his residence, surrounded with the love of his wife and children.

He was born Aug. 5, 1953, to the late Robert Wallace and Martha Alice Webb, of Turkey Creek, Kentucky.

As a young man, he relocated to the suburbs of Detroit, Michigan. He graduated from Madison High School as a proud Eagle alumni. He would go on to open a vehicle repair shop as a master mechanic, in which, he spent the betterment of 20 years striving as a business man and a passionate member of the drag racing scene. He was known to many as a racing professional and genius. In 2000, the NSCA recognized him for setting a record for the world’s fastest legal street car, in his crown jewel, his candy apple red ‘66 Chevelle. Among other passions, he was an amazing athlete, playing basketball, baseball and softball with many local and travel teams. Along the way he gained numerous life-long friendships and wonderful memories, with individuals who shared in his love of sports.