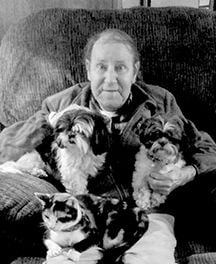 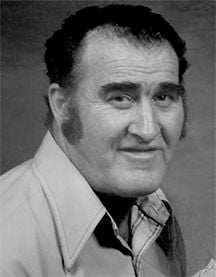 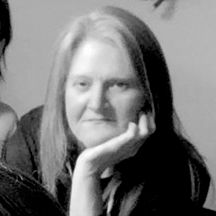 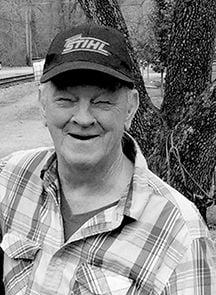 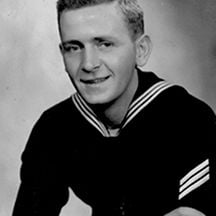 He was a graduate of Belfry High School and was employed as a production team member at Toyota of Georgetown. He was a member of the Belfry, Turkey Creek, Hatfield, Williamson and Toyota Fire Departments.

He was preceded in death by his paternal grandmother, Clarissa Sue Ball; and his maternal grandparents, Henry and Linda Lou Owens.

In addition to his parents, he is survived by his wife, Jennifer Jobe Ball, of Lexington, Ky.; his boys, Brady Alexander Ball and Mason Perry Ball, both of the home; two sisters, Brittany Nicole Hurley (Billy), of Matewan, and Tiffani Amber Hawks (Paul), of Gilbert; his father-in-law and mother-in-law, Perry and Carole Jobe, of Williamson; his sisters-in-law, Alicia (Del) Harris and Braiden Jobe; three nieces; one nephew; and a host of other family and friends.

He was born at Red Jacket, July 5, 1931, a son of the late John and Elizabeth Langyel Barath.

He was a United States Navy Veteran having served during the Korean conflict. After his tenure in the Navy, he went on to serve in the National Guard, with 20 plus years of service. He was a man’s man and an all-around gentleman. He was kind and warm-hearted and was a man of reservation, having few words, but when he did speak, he said what he meant and meant what he said. He was an individual of integrity and honesty. He was dedicated to his wife, even after almost 64 years of marriage, he would still hold her hand and continually reassure her that everything would be alright. He was the most loving dad, not only did he lead by word, but also by action. He also had a fun side and was a constant kid at heart. He was a sports fan and enjoyed all avenues of sports. When he was not watching a sporting event, he enjoyed an old movie or Western, and he loved classic movies. He was an auto body repairman and enjoyed working on cars. The legacy that he has left behind will continue to shine bright in the hearts and minds of all those who knew and loved him.

He was a man of faith and attended the Tug River Community Church of Sprigg.

In addition to his parents, he was preceded in death by his granddaughter, Crystal Barath Jude; his sisters, Elizabeth “Lizzy” Vagot and Margaret Langley; and his brothers, Joseph Barath, Louie Barath, Johnny Barath and Alex Barath.

He is survived by his wife, K “Kat” Barath, of Hatfield Bottom, Matewan; his daughter, Denise Cochran (Joseph), of Cynthiana, Ky.; his sons, Billy Barath Jr., and his wife, Cindy Workman, of Ragland, and Mark Barath (Sherri), of Pikeville, Ky.; his grandchildren, Douglas Barath (Tara), Tony Barath, Kyla Collins (Bryce), Sean Cochran and Ryan Cochran; and a host of nieces, nephews, neighbors, loved ones and friends.

Services honoring the life of Billy were held at 11 a.m., Wednesday, March 18, 2020, at Chambers Funeral Services Chapel, 1025 ST RT 49, Matewan, WV 25678, with Pastor Carl Butler officiating. Burial followed at the Mountain View Memory Gardens, Huddy, Ky., with family and friends serving as pallbearers. Military graveside honors were conducted by the Belfry Chapter #141 of the Disabled American Veterans. Arrangements were under the direction of Chambers Funeral Services, Inc., of Matewan.

He was born March 10, 1946, to the late James Woodrow Chapman and Nellie Chapman.

He was a retired coal miner and a friend to everyone.

In addition to his parents, he was preceded in death by his brothers, Freddie Chapman, Bruce Chapman and Marvin Chapman; and his granddaughter, Aeriel Berntein.

Visitation will be held from 6 p.m. until 9 p.m., Friday, March 20, 2020, at the R. E. Rogers Funeral Home Chapel with special services beginning at 7 p.m., with Lee Branham officiating.

He was an avid football fan and loved the West Virginia Mountaineers, as well as the Kansas City Chiefs. He simply loved football. Another hobby Bernie enjoyed was bowling. He owned his own bowling ball and took great pride in the fact that he had “ownership” of his own bowling equipment. While he lived in Matewan, he was a supporter of the Matewan Tigers. On a Friday night or during a football game, he could be found on the sidelines cheering on his favorite team and from time to time he even assisted in coaching. He was a pleasure to be around and had a smile that would light up the room.

He will be missed.

In addition to his parents, he was preceded in death by his sisters, Ailene Estepp, Thelma Gosey and Lorraine Perkins; and his brother, Hubert Estepp.

Graveside services were held at 10 a.m., Saturday, March 14, 2020, at the Lenore Memorial Gardens, 556 RT 65, Williamson, WV 25678, with Bro. Bill Davis officiating. Arrangements were under the direction of Chambers Funeral Services, Inc., of Matewan.

He worked many jobs in his life. He most recently worked as a security guard. He also served his country well in the United States Army.

In addition to his parents, he was preceded in death by several brothers and sisters.

He loved to hunt, fish and spend time outdoors. He especially enjoyed looking at timber in the mountains. He worked as a logger/contractor for years.

In addition to his parents, he was preceded in death by his wife, Hazel Riffe Howell; his daughter, Teresa Blankenship; his brothers, Freddy (Nell) Howell, T.J. (Jewell) Howell, Garland Howell, Ezra Howell and Lacy Howell Jr; his sisters, Liddie Neace and Virgie (Otis) Jude; his son-in-law, Douglas Mullins; his father-in-law and mother-in-law: Burton and Minnie Riffe; and his brothers-in-law, Bill and Eddy Riffe.

Those left to love and cherish his memory and to mourn his loss are his daughter, Wilma Mullins, of Wharncliffe; his son, Jimmy Howell, of Justice; his grandchildren, Savannah Mullins, Travis Blankenship and Dustin Blankenship, all of Gilbert; his great-grandchild, Skyler Mullins, of Williamson; his great-great-grandchildren, Skyla Mullins, of Williamson, and Devona Blankenship, of Browning Fork; his brothers-in-law, Hubert Riffe, of Tamcliff, and Frank Neace, of Justice; his sister-in-law, Bonnie Howell Gauze, of Inez, Ky.; and a host of nieces, nephews and other dear relatives and friends.

Funeral services will be held at 1 p.m., Friday, March 20, 2020, at the Mounts Funeral Home Chapel with Rev. Rick Endicott and Rev. Gary Browning officiating. Burial will follow at the Justice Memorial Gardens, Justice. He will be carried to his final resting place by Dustin Blankenship, Skyler Mullins, Sonny Layne and other relatives and friends. Arrangements are under the direction of Mounts Funeral Home, Inc., of Gilbert.

In addition to her parents, she was preceded in death by her brother, Lonnie McCoy; and her niece and nephew, who were like her children, Chasity Dawn Anderson and Hubert Anderson III.