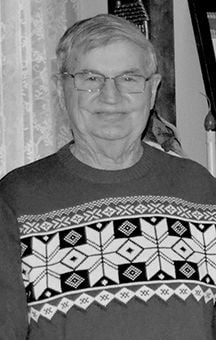 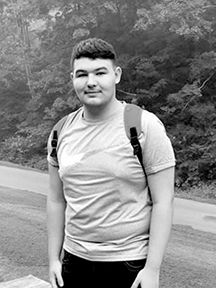 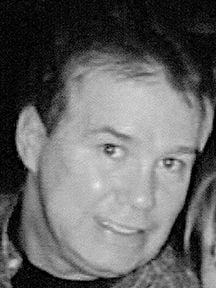 In addition to his parents, he was preceded in death by his wife, Connie Sue Bevins; and his two sons, Tommy Bevins and Shane Bevins.

He graduated from Williamson High School in 1952, before joining and serving in the United States Navy until 1955. After leaving the military, he began his career in construction. He was the owner and operator of Bevco Construction where he would take bids for the Corps of Engineers. He also worked in the sawmill business and was a member of the Kentucky Colonels.

He is survived by his brother, Clifford Gene Bevins (Linda), of Paintsville, Ky.; his sisters, Margaret Ann Harkleroad, of Salado, Tex., and Mary Ibba Runyon, of Turkey Creek, Ky.; 11 nieces and nephews; several great-nieces and great-nephews; and a host of other loving family members and friends.

Funeral services were held at 1 p.m., Thursday, Feb. 13, 2020, at the R.E. Rogers Funeral Home Chapel, Belfry, Ky., with Mikey Smith and Mark Carter officiating. Burial followed at the Mountain View Memory Gardens, Huddy, Ky., with his nephews serving as pallbearers. Arrangements were under the direction of the R.E. Rogers Funeral Home of Belfry, Kentucky.

from injuries suffered in an accident.

He was born at Williamson, Aug. 6, 2003, the son of Darick and Kendra Chapman Mahon, of Ransom.

He was preceded in death by his paternal grandmother, Edith Curry Mahon.

In addition to his parents, he is survived by his siblings, Heath Mahon (Lori), of Nashville, Tenn., Chris Chapman, of Ransom, Ky., Meagan Griffith (Brent), of Charlotte, N.Car., and Carrigan Spence and Garrett Spence, both of Ransom, Ky.; his paternal grandfather, Homer Mahon, of Delbarton; his maternal grandparents, Kenneth Chapman, of Ransom, Ky., and Connie Deskins  (Charles), of Banner, Ky.; his uncle, Kenneth Chapman (Angela), of Ransom, Ky.; his aunts, Regina Bias (Rev. Mitchell), Debrina Williams (Michael) and Medina Mahon, all of Delbarton; his nephew and niece, Nolan and Margot Mahon; and a host of other family and friends.

School Auditorium. Burial followed at the Smith Cemetery, Sidney, Ky., with Ben Adkins, Spencer Hensley, Cameron Hensley and other family and friends serving as active pallbearers. Honorary pallbearers were members of the Blackberry Volunteer Fire Department and Williamson Fire Department. Arrangements were under the direction of the Hatfield Funeral Chapel of Toler, Kentucky.

She was born at Guyan, Sept. 12, 1928, the loving daughter of the late Becket and Corbie Hatfield Browning.

She loved spending time with her family and friends and was of the Baptist Faith.

In addition to her parents, she was preceded in death by her husband, Harry Clayton Straley; her son, Tracey Lee Straley; her sisters, Brida Toler, Hazel Fortner, Lema May Browning, Ivy Staton, Mable Rose and Flossie Hicks; her brothers, Bill, Harry, French, Hurist, Junior and Clifton Browning; and her step-daughter, Linda.

She is survived by her brother, Chester Browning, of Rock Cave; her sister, Fredonia Adams, of Amelia, Ohio; her step-son, Miron Straley, of Bakersfield, Calif.; her step-daughters, Anita Culburston, of San Francisco, Calif., and Rita Young, of Charleston, S.Car.; and a host of other dear relatives and friends.

Funeral services were held at 1 p.m., Monday, Feb. 10, 2020, at the Mounts Funeral Home Chapel with Rev. David Johnson officiating. Burial followed at the Palm Memorial Gardens, Matheny, with her family and friends serving as pallbearers. Arrangements were under the direction of Mounts Funeral Home, Inc., of Gilbert.

He was born at Williamson, Dec. 5, 1952, the son of the late Roby Thompson Jr. and Mary Moore Thompson.

He was raised at Chattaroy and was a graduate of Williamson High School. He was a retired coal miner, a member of the U.M.W.A. and loved sports, music and history.

He was dearly loved by everyone and will be deeply missed.

Services will be held at a later date. Arrangements are under the direction of the R.E. Rogers Funeral Home of Belfry, Kentucky.

She was born at Delbarton, Jan. 17, 1953, the daughter of the late Rush and Geneva Sellards Baisden.

In addition to her parents, she was preceded in death by her husband, Jennings Wolford; her son, James Scott Baisden; and her brother, Ollie Lee “Lee Boy” Baisden.