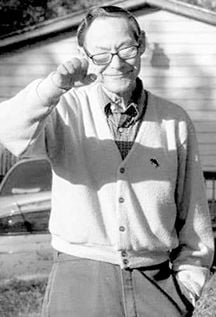 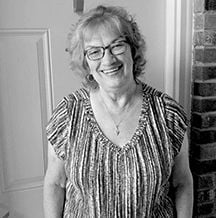 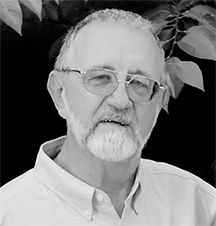 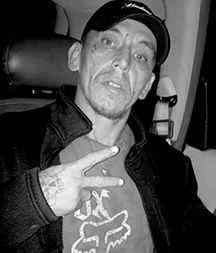 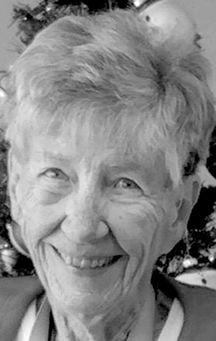 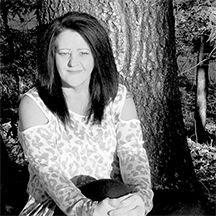 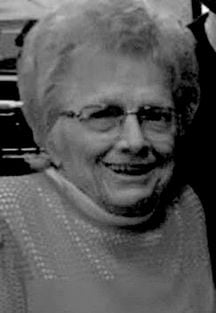 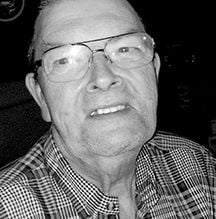 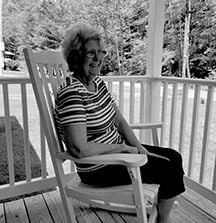 He retired from the historic Mountaineer Hotel in downtown Williamson. He lived a simple and enjoyable life. His niece, Rose, often said that she would love to live “The life of Robert.” He enjoyed the tranquility of fishing, driving his car and drinking a good cup of coffee. While he never married, or had children of his own, he was blessed with many nieces and nephews, great and great-great nieces and nephews whom he loved very much. He was quiet and could easily have been overlooked within his large and active family, but he wasn’t. His presence was always deeply enjoyed by everyone around him. He will be sorely missed and lovingly remembered always.

Graveside services will be conducted at 1 p.m., Friday, Jan. 31, 2020, at the Mountain View Memory Gardens, Huddy, Ky., with Rev. Andy Lovins officiating. Active pallbearers will be, Mark Bono, Billy Dotson, Gary, Joe and Steven Venturino and L.J. Venturino. Arrangements are under the direction of Weaver Mortuary of West Williamson.

He was a devoted family man and a veteran of the United States Navy. He worked many years as a miner, mostly in safety, and served as a UMWA local officer. He was an avid hunter and fisherman, loved to play horseshoes and enjoyed being in the woods digging ginseng with his friends. He enjoyed playing with his grandchildren and telling stories.

He was a member of Hanover Missionary Baptist Church where he served as a deacon and a Sunday School teacher. He loved his church and was usually the first to arrive.  He enjoyed talking with his friends.

Funeral services were held at 11 a.m., Saturday, Jan. 25, 2020, at the Mounts Funeral Home Chapel. Burial followed at the Davis Cemetery, Justice, with family and friends serving as pallbearers. Arrangements were under the direction of Mounts Funeral Home, Inc., of Gilbert.

She was born at Delbarton, Aug. 11, 1935, the daughter of the late Wendell and Mildred Hunter Bannister.

On March 14, 1953, while at the Connolly Memorial Baptist Church, where she played the piano most of her life, she married the love of her life, William “Bill” Duty. Their marriage of 66 years was a blessing to their entire family. She taught English at Burch High School until she retired in 1988. Her love for family and music was very important to her.

A celebration of her life was held at 1 p.m., Sunday, Jan. 26, 2020, at the Connolly Memorial Baptist Church with Pastor Jim Adkins officiating. Arrangements were under the direction of the Chafin Funeral Home of Delbarton.

In addition to his mother, he is survived by the mother of his children, Tina Copley, of Wayne County; his children, Alexis Gannon and Danny Lilly, both of Chattaroy, Hallie Gannon and Jacob Johnson, both of Williamson, and Tressa Gannon, of Wayne County; his grandmother who raised him, Phyllis Gannon; his step-mom, Esther Wolford; his siblings, Kenneth Lee Gannon II and Billie Jean Gannon, both of Belfry, Ky., Marquita Gannon Flemming, of Dingess, Shane Gannon and Jessica Gannon, both of Hardy, Ky., Austin Gannon, of Georgetown, Ky., and Nicole Short, of Logan; one grandchild to be born soon; his friend, Eric Varney; and a host of other dear family and friends.

Judy Lynn Hambrick, 67, of Williamson, died Saturday, Jan. 25, 2020, surrounded by her son, granddaughter and other family members, at the St. Mary’s Hospital, Huntington.

She was born at Williamson, March 8, 1952, the daughter of the late Dallas and Ruby Bertrand Endicott.

In addition to her parents, she was preceded in death by her husband, Johnny Hambrick; and her sister, Patty Adair.

She is survived by her daughter, Lisa Phillips (Curtis), of LaGrange, Ky.; her son, Thomas Huddle III, of Matewan; her granddaughters, Kimberly Hatfield (Nick), of Louisville, Ky., and Kelly Phillips, of the home; her great-grandchildren, Aubree and Carson Hatfield; her brothers, Leland Endicott (Janet), of Sarah Ann, Billy Endicott (Missy), of Delbarton, and Donald Endicott (Billie), of Tennessee; her step-brother, Riley “Pete” Bailey (Kerri), of Logan, Utah; her sisters, Wanda Reed (Dell), of Marion, Ohio, Mildred Goodin, of Salisbury, N.Car., and Lora Bassett (Charles), of Concord, N.Car.; her special niece, Jeana A. Curry; and her special great-nieces, Caitlyn and Madisyn Curry, of Delbarton.

She was a former employee of Watson’s Department Store, East Tennessee University and Persinger Supply Company. She held various titles at these and other places of employment, but none that compared to the titles of wife, mother and grandmother.

She was a devoted wife of 42 years to her late husband, “Mooch,” who was a former Mingo County Jail Administrator, and together they raised two daughters, Stephanie and Helen.

She was a member of the Memorial United Methodist Church where she faithfully served in various capacities for over 40 years. She was an avid reader and enjoyed playing cards and spending quality time with family and friends.

To be in the presence of Peggy was a joy. She was selfless and always put others before herself. She was warm, caring and compassionate. Her friendship was treasured by all who shared that special relationship with her. Peggy laughed easily and often. She will forever be missed and lovingly remembered by all who knew her.

She is survived by her daughters, Stephanie Justice, of Williamson, and Helen Childress (Walter), of Gibsonton, Fla.; her grandchildren; and other extended family members.

Visitation will be held from 1 p.m. until 2 p.m., Saturday, Feb. 1, 2020, at Weaver Mortuary in West Williamson. A graveside service will be conducted following the visitation at 2:30 p.m., at the Mountain View Memory Gardens, Huddy, Ky., with Rev. Jerry Shields officiating.

In lieu of flowers, the family requests that memorial contributions be made to the Memorial United Methodist Church of Williamson.

She enjoyed making her family and friends laugh and trips to the beach, but above all, she loved spending time with her son and daughter. She was a loving wife, mother, daughter, sister, sister-in-law, aunt, cousin and friend. She was of the Baptist faith.

In addition to her parents, she is survived by her husband, Timothy Keneda; two children, Isaac Keneda and Isabella Keneda, of the home; three sisters, Analeah Conn (JT) and Sabrina Conn, of Salisbury, N.Car., and Valerie Pennybaker (Jim), of Newark, Ohio; her parents-in-law, Albert and Bernece Keneda, of Simon; Paw Tommy and Maw Tessie Webb, of Hanover; her brothers-in-law, Allen, Todd and Eddie Keneda, all of Simon; her sister-in-law, Pearl, of Simon; her special friends, Haley Kennedy and CHARMS; a host of special nieces and nephews; and a multitude of other dear relatives and friends.

Funeral services were held at 1 p.m., Wednesday, Jan.29, 2020, at the Longbranch Freewill Baptist Church with Rev. Todd Keneda and Rev. Landon Blankenship officiating. Burial followed at the Conn Family Cemetery, Simon, with friends and family serving as pallbearers. Arrangements are under the direction of Mounts Funeral Home, Inc., of Gilbert.

She was born at Cinderella, May 2, 1947, the daughter of the late James Willard and Blanche Stumbo Noe.

Healthcare of Mingo. She was of the Protestant Faith.

In addition to her parents, she was preceded in death by her husband, Samuel Miles; and two sisters, Julia Fraley and Brenda Maynard.

She is survived by her children, Irv Miles (Mary), of Hardy, Ky., Victoria Lewis (Javier

Funeral services were held at 11:30 a.m., Tuesday, Jan. 28, 2020, at the Hatfield Funeral Chapel of Toler, Ky., with Bro. Ed Lockard officiating. Burial followed at the

Mt. View Memory Gardens, Maher, with family and friends serving as pallbearers. Arrangements were under the direction of the Hatfield Funeral Chapel of Toler, Kentucky.

He was born in Mingo County, Dec. 8, 1952, the son of the late Clista Sturgill Hall and Martin “Buster” Newsome.

He worked many jobs mostly in the sawmill industry. He retired from VTI Industries as a woodworker.

In addition to his parents, he was preceded in death by his wife, Barbara Teems Newsome; his sisters, Geneva Lackey, Gladys Spurlock and Cora Lee Hackney; and his granddaughter, Bailee Newsome.

He is survived by his sons, Elva Newsome, of Delbarton, and Marty Newsome (Keisha), of Summersville, Ga.; his granddaughters, Kaylee and Serenity; his grandson, Spencer Evans; his brother-in-law, Lonnie Lackey; his step-son, Everett White (Karen), of Delbarton; a very special friend, Tiffany Evans, who helped take care of him during his illness; and his ex-wife, Betty Newsome, who also gave him special care.

Funeral services were held at 11 a.m., Saturday, Jan. 25, 2020, at the Freedom United Baptist Church with Elder Eddie Hatfield officiating. Burial followed at the Lackey Cemetery, Marrowbone. Arrangements were under the direction of the Chafin Funeral Home of Delbarton.