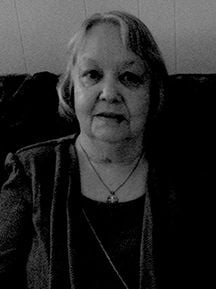 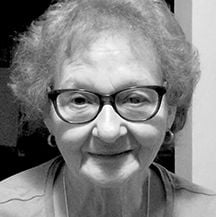 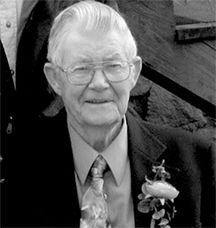 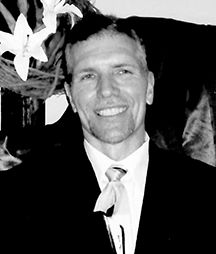 He was born at Edgarton, Dec. 9, 1970, a son of the late Freddie and Margaret Ann Stiltner Adams.

He was a “jack of all trades and master of none.” He was a man who enjoyed the simplicity of life and was a beloved familiar face in Edgarton. His faith, simply put, was that he believed God was his Father and that Jesus was his Savior.

In addition to his parents, he was preceded in death by his brother, Andy Jo Adams; a sister, Jennie Adams; a nephew, Barry Jonathan Coleman; a niece, Isabel Adams; and a special brother-in-law, Gordon Daniels.

He is survived by his brother, Ben Adams (Antoionette), of Houston, Tex.; his sisters, Paula Coleman (Barry), of Jamboree, Ky., Alma Adams, of Ransom, Ky., Fredia Daniels, of Red Jacket, Marketta Adams, of Phelps, Ky., and Virginia Mounts (Kenneth), of Edgarton; his special friends, whom he loved as his own parents, Eddie and Mary Murphy; and a host of other loved ones, neighbors and friends.

She was born at Williamson, July 22, 1953, the daughter of the late Roy and Oma Lee Dibble.

She was a homemaker and a graduate of Williamson High School.

In addition to her parents, she was preceded in death by her longtime companion,

No services are scheduled at this time. Arrangements are under the direction of the Hatfield Funeral Chapel of Toler, Kentucky.

She was born at O’Keefe, March 6, 1940, the daughter of the late Andy and Sadie Backus Chafin.

She was a homemaker and a member of the Devon Church of Christ.

In addition to her parents, she was preceded in death by her husband, Joe Gibson; one daughter, Pamela Gibson; three brothers, Clark, Willis and Barry Chafin; and two sisters, Ruby Kennedy Layne and Ruth “Bun” Blankenship.

Chapel of Toler, Ky., with Bro. Travis Simpkins officiating. Burial followed at the Daniels Cemetery, Devon, with family and friends serving as pallbearers. Arrangements were under the direction of the Hatfield Funeral Chapel of Toler, Kentucky.

In addition to her parents, she was preceded in death by her husband of 57 years, Kaile Maynard; one brother, Jess Canterbury; and one sister, Rhoda Marcum.

Funeral services were held at 1 p.m., Thursday, Jan. 2, 2020, at the Laurel Creek Freewill Baptist Church with Rev. James Ed Baisden and Scott Erwin officiating. Burial followed at the Canterbury-Maynard Cemetery, Laurel Creek. Arrangements were under the direction of Chafin Funeral Home of Delbarton.

He was a veteran of the United States Army and of World War II. While serving his country, he received several medals including, Rifle Marksman SMG Expert, American Theater Ribbon, Asiatic-Pacific Theater Ribbon, Philippine Liberation Ribbon, Good Conduct Medal and Victory Medal World War II. He was a member of ABC Mens Bowling and loved hunting, fishing and his pets. He was an avid fan of Dale Earnhardt Sr.

Graveside services were held at 1 p.m., Tuesday, Dec. 31, 2019, at Dover Burial Park, Dover, Ohio. He was carried to his final resting place by his grandsons. Arrangements were under the direction of Mounts Funeral Home, Inc., of Gilbert.

His tender heart and beautiful smile will be greatly missed by all who knew and loved him.

His devotion to his family and his firm belief in God supported him in his struggles which began back in 2016. He suffered with black lung until God delivered him a new set of lungs on Feb. 5, 2019. We were blessed to enjoy his company for 10 more precious months.

He was preceded in death by his parents, Clifford “Bam” and Ella Jane Hinkle Williams; his brothers, Walter Williams and Clifford Ray Williams; and his sister, Joanetta Burke.

He is survived by his loving wife of 44 years, Yvonne Christian Williams; his children, Mike Williams and Shavon Williams Hunt; his sister, Lori Vaggot; and his grandson, Ezekiel Hunt.

Funeral services were held at 12 p.m., Tuesday, Dec. 31, 2019, at the Pie Church of God with Rev. Mitchell Bias officiating. Burial followed at the Mountain View Memory Gardens, Maher, with family and friends serving as pallbearers. Arrangements were under the direction of the Chafin Funeral Home of Delbarton.