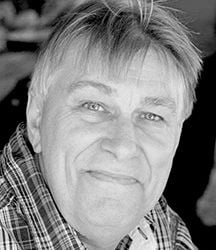 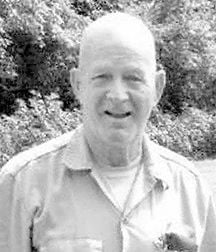 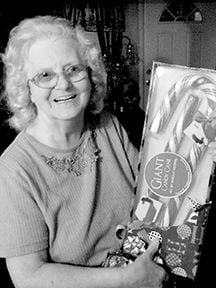 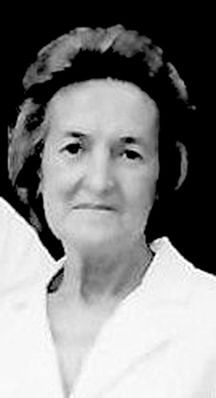 His family would like to extend a special thank you to Nurse Tracey, in the CICU unit, Nurse Ashley, in the AIMS unit, and Nurse Practitioner Todd, of the AIMS unit at KDMC. He told the nurse practitioner, and I quote, “I’ve got a better place to go.”

In lieu of flowers, the family asks that donations be made to the funeral home to help with funeral expenses.

He was a retired coal miner having worked for 64 years at Island Creek Coal Company #25 mines. He was a member of the UMWA Local #1440 District 17 for 69 years. He enjoyed his time as Boy Scout Leader of Troop #11 in Delbarton. He was very witty and could always pull your leg with a joke and a comeback. He will be remembered as a hard worker for all of his life.

In addition to his parents, he was preceded in death by his wife, Barbara Helen Williams Land; his son, Emmett Land; his daughter, Jeannie Ooten; his brothers, Jimmy and Walter Land; and his sister, Violet Rundels.

He was born in Columbus, Ohio, Nov. 14, 1972, the son of Correna Bowens Miller, of Williamson, and the late Donnie Gene Miller.

He was a former parts department manager at Moore Chevrolet.

In addition to his mother, he is survived by his son, Gabriel Miller, of Williamson; his brother, Steve Miller (Dora), of Borderland; his sisters, Terri Shrum (Eddie), of Williamson, and Brenda Magann, of Cross Lanes; his special friend, Carlos Crabtree, of Williamson; and a host of other dear family and friends.

Memorial services were held at 7 p.m., Thursday, Nov. 21, 2019, at Belo Community Church of God with Rev. William Hinkle officiating. Arrangements were under the direction of the Hatfield Funeral Chapel of Toler, Kentucky.

She was born at Delbarton, Nov. 7, 1934, the daughter of the late Sam and Rebecca Evans Curry.

She was a homemaker and a member of the Varney Church of God. She is now in the presence of Jesus and her loved ones who have gone on before her.

In addition to her parents, she was preceded in death by husband, Major Ooten; her brothers, Shird, Winnis, Delbert and Don Curry; and her sisters, Grace Ooten and Gladys Daniels.

She is survived by her children, Kenny Ooten, of Huntington, Sammy Ooten (Debbie), of Reynoldsburg, Ohio, and Darlene Morrison (Eugene), of Huntington; her sisters, Melissia Edwards, of Varney, and Vernie Chain (John), of Marengo, Ohio; her grandchildren, Matthew Morrison, Amanda Morrison, Misty Driskell, Tiffany Ooten and Josiah Ooten; 10 great-grandchildren; and a host of other dear family and friends.

We will see you again.

Christine White, 81, of Lenore, died Friday, Nov. 15, 2019, at her residence, surrounded by her family who loved her dearly.

She was born at Laurel Creek, July 23, 1938, to the late Dover and Evelyne Colegrove McCoy.

In addition to her parents, she was preceded in death by her husband, Zan White; her daughter, Evelyn White; her son, Walter White; her sister, Eileen Hatfield; and her brothers, Carson, Billy and Harold McCoy.

She is survived by her daughter, Reva Lowe (Mike), of Lenore; her grandchildren and great-grandchildren who were always the joys of her life, Ricky Ferris (Tamra) and his two children, Braydun and Ethan, and Andrea Ferris and her two children, Kendrick Allen and Myla Evans; her sisters, Donna Gail Hatfield and Brenda Sue Hensley; her brother, Roger McCoy (Wanda); and her brother-in-law, Halcy Hatfield.

Funeral services were held at 11 a.m., Tuesday, Nov. 19, 2019, at the Little Dove United Baptist Church with Elders Jimmy Maynard and Chris Ooten officiating. Burial followed in the Evans Cemetery, Right Fork of Laurel Creek, with friends and family serving as pallbearers. Arrangements were under the direction of the Chafin Funeral Home of Delbarton.