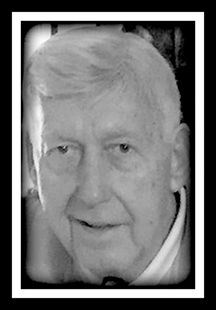 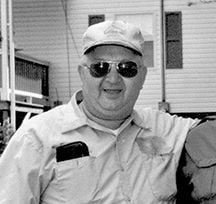 He was born at Williamson, April 25, 1938, a son of the late Dewey Clay and Gladys Jackson Clay. The Clay’s were well-known Williamson residents with early roots in the Tug Valley area.

He was a 1956 graduate of Williamson High School. He furthered his education at Marshall University where he earned a bachelor’s degree in psychology followed by earning a certificate in education from Pikeville College. He enjoyed a career in education that spanned 36 years before making the decision to retire from teaching. He loved his work and he loved his students. He won the hearts and the respect of his students from year to year as students came to know him and realized that his care and concern for them was genuine. Many of his students sought out his friendship after being in his classroom and long after graduating from high school. Many of his students also attribute their career choices and their successes to his gentle guidance and invaluable advice.

He was also an amazingly loving and affectionate husband, father and papaw. His family was of utmost importance to him and their welfare was always foremost in his mind. He relished the joy of seeing his children reach their own personal life goals and he was very proud of their individual accomplishments. He loved being a papaw and was equally proud of his grandchildren and their accomplishments as well.

He lost the love of his life when his wife of 57, Claudia Billiter Clay, passed away on July 30, 2018. He bravely set about living without his Claudia, but life was never quite the same without his sweetheart. It is a joy and comfort to know that they are now together forever.

In addition to his parents, he was preceded in death by his beloved wife, Claudia Billiter Clay; and a brother, George Clay.

He was a retired maintenance worker and  worked for most of his life as a carpenter.

In addition to his parents, he was preceded in death by his brother, Bobby Coleman; and his sisters, Shirl Burton, Delores Noe, Darlene Curry and Brenda Dillon.

He was a retired coal miner with 38 years of service and a member of the UMWA. He was of the Baptist Faith.

In addition to his parents, he was preceded in death by his brothers, Bill, Charlie and Willie Hager; and his sister, Norma Jean Dotson.

He is survived by his daughter, Kim May (Barry), of Winslow, Ind.; his sister, Glenna Mae Dotson, of Ransom, Ky.; his grandchildren, Tabitha Mitchell (Nathan), Kassie Spaulding (Trey) and Harley May; his great-grandchildren, Liam Mitchell, Oakley Mitchell, Trinity Mitchell, Rhett Spaulding and Cyrus Spaulding; and a host of other family and friends.

Graveside services were held at 2 p.m., Sunday, March 8, 2020, at the Jake Hatfield Cemetery, Ransom, Ky., with Bro. Mike Smith officiating. Burial followed with Barry May, Harley May, Rick Dotson, Trey Spaulding, Nathan Mitchell and Freddie Bowling serving as pallbearers. Arrangements were under the direction of the Hatfield Funeral Chapel of Toler, Kentucky.

She was born in Grayson County, Ky., the daughter of the late Oatha Decker and Chattie Ashley Decker.

She was a homemaker. Her life revolved around the care of her family and her home. She was an immaculate housekeeper and an excellent cook. She enjoyed entertaining her family and friends. She was a wonderful hostess and never allowed anyone to leave her home without having insisted that they have a cup of coffee and something to eat. When she wasn’t busy inside the house, she could be found outside working in her yard among her flowers. She enjoyed weekly Bridge games with her friends, and was a longtime member of the First United Methodist Church of Williamson.

She will be missed and lovingly remembered by her family and friends always.

In addition to her parents, she was preceded in death by her beloved husband, Henry D. Hatfield; and her siblings, Shelby Decker, Georgia Perdue, Sarah Kathleen Snavely, Trish Herald and Genevieve “Dicky-Boo” O’Bryant.

She is survived by a beloved daughter, Susan Few (David), of Dillwyn, Va.; a sister-in-law, Cora Lee Hester; and a host of loving nieces and nephews.

Funeral services were held at 2 p.m., Friday, March 6, 2020, at the First United Methodist Church of Williamson with Rev. Jerry Shields officiating. Interment followed at the Fairview Cemetery, West Williamson, with Tad, Tommy, Matthew and Mernie Gilliam and David Hensley serving as pallbearers. Arrangements were under the direction of Weaver Mortuary, Inc., of West Williamson.

She was born at Williamson, March 20, 1957, to the late Bradley Parsley and Ressie Runyon Parsley.

She was a homemaker and of the Pentecostal Faith. She attended Acts 20:28 Church in Nolan.

In addition to her parents, she was preceded in death by her sister, Kathy Starr.

She is survived by her husband, Bo Stanley; her children, Gary Honaker (Samantha), of Turkey Creek, Ky., Valerie Honaker, of Williamson, and Liz Marcum (Dale), of Boyd County; her step-children, Kimberly Staggs (Junior), of Ransom, Scotty Stanley and Shannon Stanley, both of Tennessee; her sisters, Anita Parsley and Lorraine Parsley, both of Williamson, and Diane Etters (Ira), of Hatfield; her brother, Allen Parsley (Allison), of Fla.; her brother-in-law, Bo Starr; 17 grandchildren; 10 great-grandchildren; and a host of loving family, friends and church family.

Funeral services will be held at 1 p.m., Friday, March 13, 2020, at Acts 20:28 Church with Eugene Preece officiating. Burial will follow at Cemetery Point, Sidney, Ky., with family and friends serving as pallbearers. Arrangements are under the direction of the R. E. Rogers Funeral Home of Belfry, Kentucky.