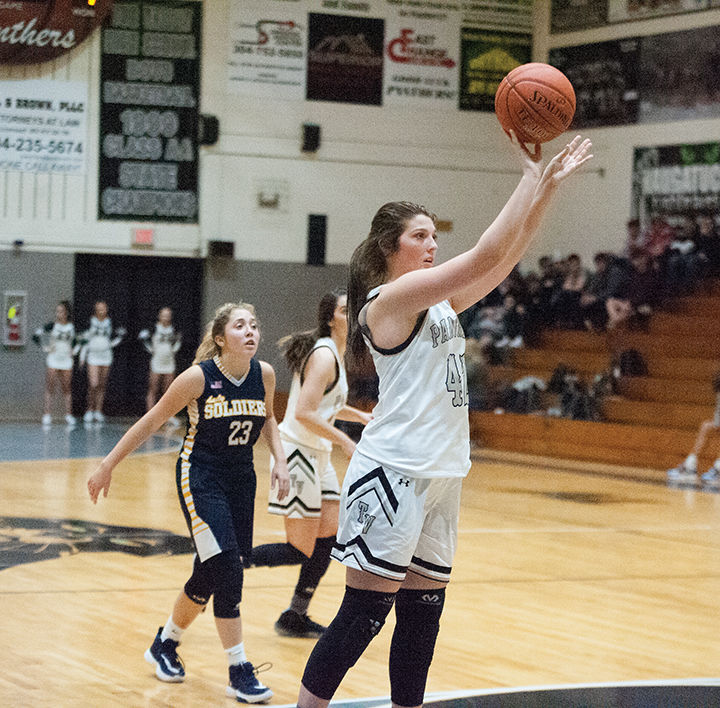 Makayla May sinks a jump shot late in the game to give the Lady Panthers the lead late in the game. May finished the game with a double-double. She had 10 points and 10 rebounds; five of those rebounds came on the offensive glass. 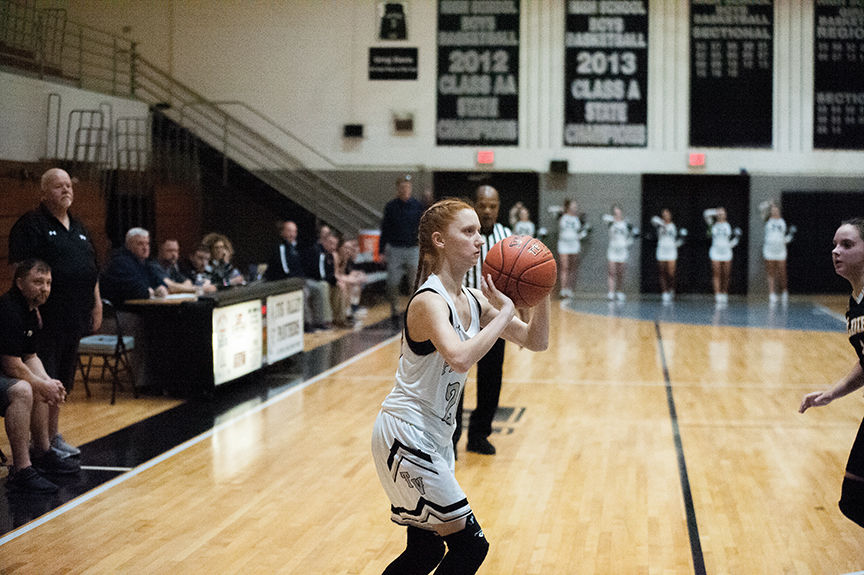 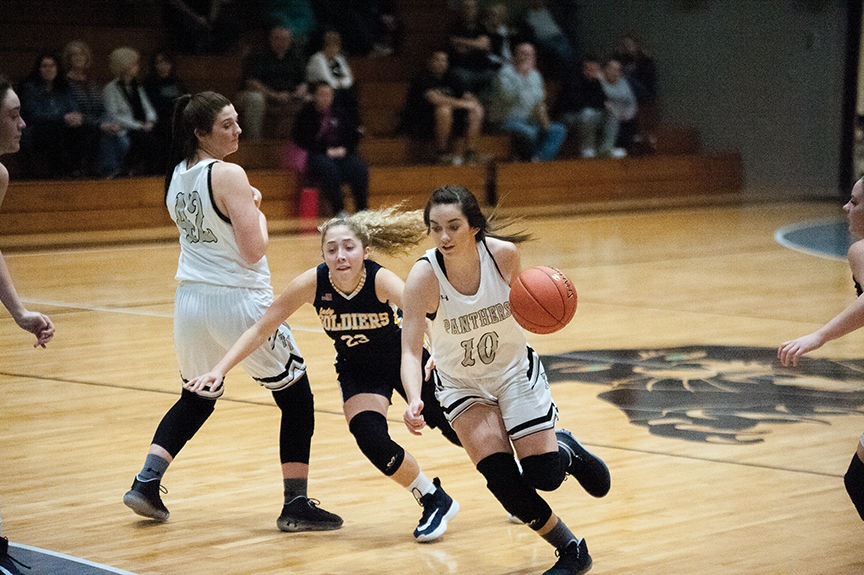 On Monday, Tug Valley tapped into something that even the Lady Panthers may not have known they had as they finished a 59-53 comeback win over Grace Christian.

The truth of the matter is that the Lady Panthers are going to be a force to be reckoned with as the season progresses and the playoffs draw closer.

Against Grace Christian, the Tug Valley Lady Panthers found themselves down by 10 with fewer than five minuets left in the fourth quarter.

Down 50-40 with their backs against the wall, the Lady Panthers remained calm and managed to keep the goal on one possession at a time.

Tug Valley’s Kaylea Baisden made a move to the rim for a layup and took a hard fall after getting fouled on the play; when she left the free-throw line after sinking both foul shots the pain in her eyes had something hidden behind them.

A fire that had seemingly been stoked to the point where it spread throughout Baisden’s teammates.

The Lady Panther defense became an impenetrable wall that only allowed three points from Grace Christian in the last five minuets of the game.

Baisden’s toughness had created a spark for her team and she continued to show relentlessness that was unmatched the rest of the night; getting to the rim and finishing at will while also being able to knock down almost every jump shot she took in the closing minuets of the game.

With 3:20 left to play in regulation, Baisden hit a three that brought the Lady Panthers within two scores making the score 52-48.

On the following defensive possession, the Lady Panthers held strong and managed to force a turnover for Grace Christian and was able to come back on the offensive end where Alyssa Newsome drew a shooting foul.

Newsome made one of two from the line, but got the Lady Panthers into a one score game down 49-52.

Mike Prater: Four Broncos headed to Combine, but how many will end up in NFL Draft?

The defense for the Lady Panthers continued to play as close to flawless as possible getting the ball back off of another forced turnover.

Tug Valley held on long enough to force Grace Christian to foul in an attempt to try to retake the lead, but was unsuccessful.

The Lady Panthers finished the comeback and pulled out an amazing win that proved this team can win in a variety of ways and as their confidence grows so, too, will the worries of opposing teams going forward.

Baisden finished the night with a game high 28 points and six assists as Newsome and May followed with 14 and 10 points.

Newsome also came away with four steals on the night while May continued her magnificent rebounding campaign with 10 boards giving her another double-double on the year.

Brooklyn Evans and Kennadi Mollett also contributed three points a piece in the comeback victory for the Lady Panthers.

The win moves the Lady Panthers to 6-3 on the season as they look to take on Tolsia in a rivalry matchup in Naugatuck on Thursday. The games start time is set for 7:00 p.m.

Upcoming Games for the Lady Panthers: