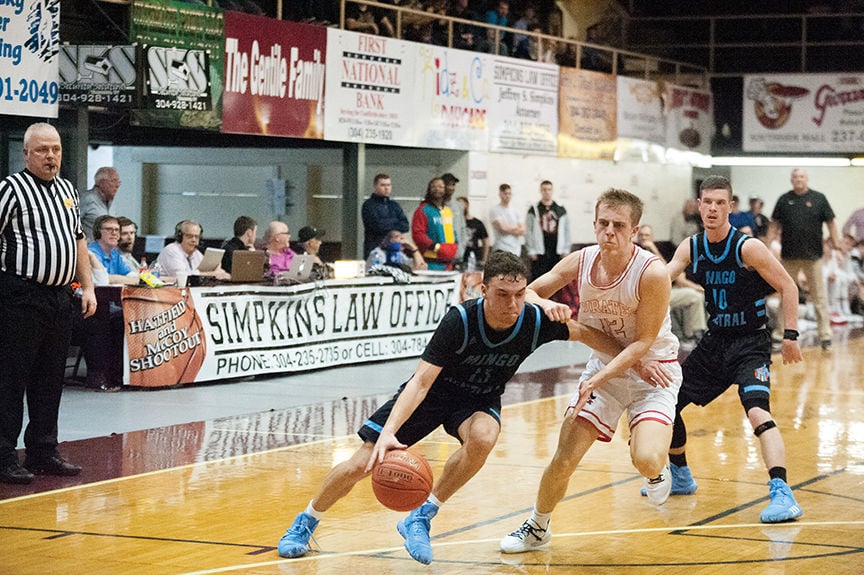 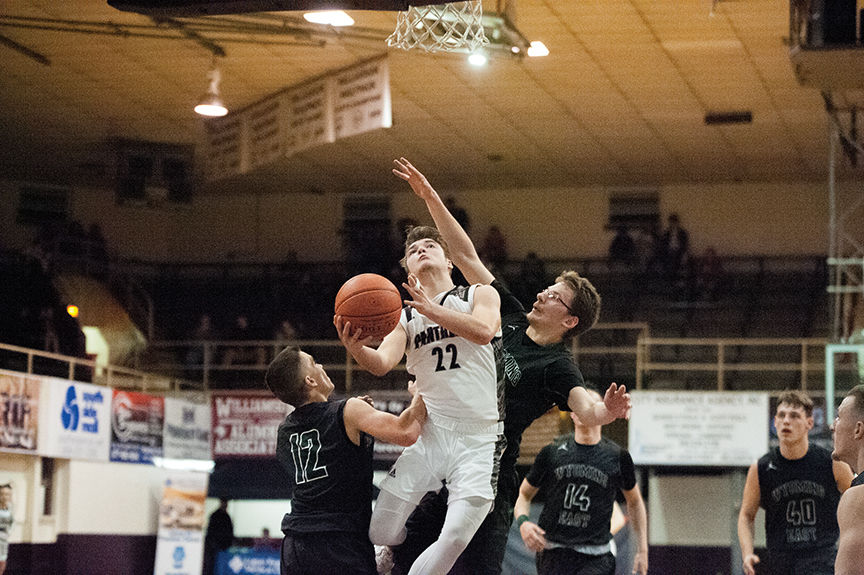 Tug Valley’s Caleb May goes up for a shot over a pair of Wyoming East defenders in the Hatfield/McCoy Shootout at the Williamson Fieldhouse. 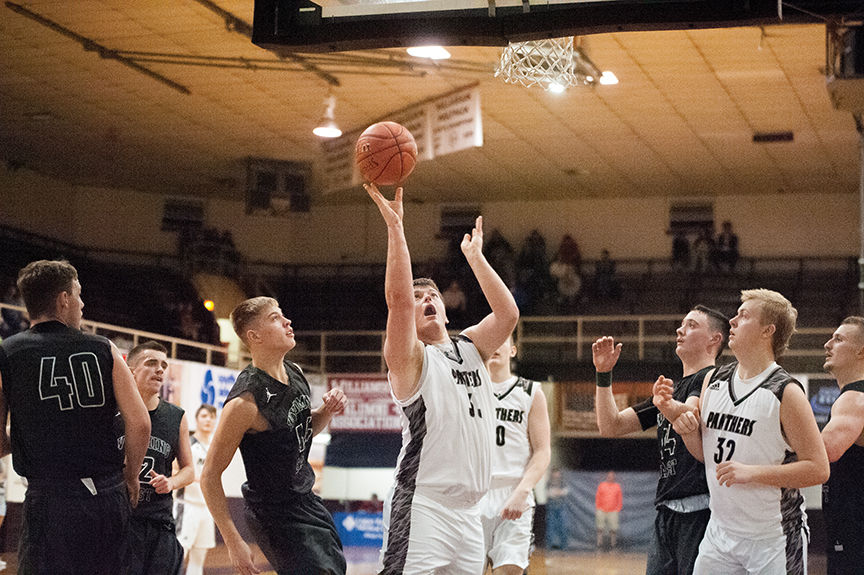 Tug Valley’s Ethan Colegrove gets a shot up in traffic during the Hatfield/McCoy Shootout. 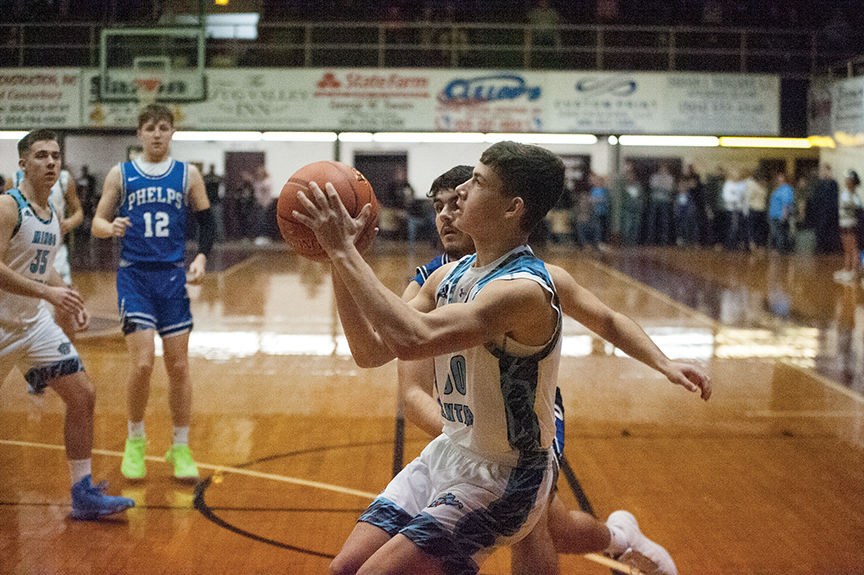 Mingo Central’s Devin Hatfield pulls up for a shot over a Phelps defender in the Hatfield/McCoy Shooutout.

The past weekend brought with it the annual Hatfield and McCoy Shootout, however, for the Mingo Central Miners it may as well of been the Hatfield Shootout and the team’s Devin and Drew Hatfield ruled the weekend.

The Miners went 2-0 over the weekend with a 45-43 win over the Phelps Hornets on Day 1 and picked up a 57-45 win over the Belfry Pirates on Day 2 in the Shootout’s finale.

Against Phelps, the Miners Devin Hatfield led the team in scoring with 16 points and kept the team poised for its first win of the shootout.

Hatfield hit three three-point baskets against the Hornets and went five for five from the free-throw line.

The efficiency he has shot with for most to all of the season has helped the Miners in their pursuit of a Cardinal Conference Championship.

Teammate Colton Blankenship chipped in with 12 points against Phelps raining down three three-point baskets of his own in the contest.

Drew Hatfield contributed nine points on the evening but did a lot of his work on the defensive side of the ball, guarding the Hornets Trey Francis for most of the game.

Jarius Jackson and Josh Wellman also managed four points apiece for the Miners in the day one contest.

Moving into day two, the final day of the Hatfield and McCoy Shootout, the Miners faced off against the Belfry Pirates in the finale; picking up the 57-45 win over the Pirates.

Drew Hatfield poured on 30 points as he completely took over the matchup, doing whatever he chose to do against any defender the Pirates threw at him.

Drew’s brother Devin, not to be outdone by big brother, added 15 points of his own to the Miners scoring total.

The Hatfield brothers effort propelled the team too a 2-0 record in the Shootout. Also, they accounted for 70 of the 102 points the Miners scored in the two wins of the Shootout.

The team’s success continued into Tuesday’s contest against Sissonville where the Miners picked up the 77-57 win.

This is the third win in a row for the Miners as Jackson and Drew Hatfield both dropped 19 apiece in the game and lifted the Mingo Central to breeze by Sissonville.

Scoring against Sissonville for the Miners:

The Panthers on day one of the Shootout were pitted against Wyoming East where they picked up a 69-55 win.

The Panthers Ethan Colegrove racked up 23 points and seven rebounds in the winning effort.

Colegrove shot an astonishing 100 percent from the field and from three-point range in the contest.

On night two the Panthers suffered a 53-51 loss to Pikeville in a close thriller that came down to the very last possession.

The team bounced back in its next game however, picking up the 72-67 win over Westside on Wednesday.

The team is gaining momentum and definitely heading in the right direction as they are finding a groove that suits their personnel.

Scoring for the Panthers against Westside: