Skip to main content
You have permission to edit this article.
Edit
Home
News
Sports
Obituaries
e-Edition
Covid-19
Everything Home
1 of 3 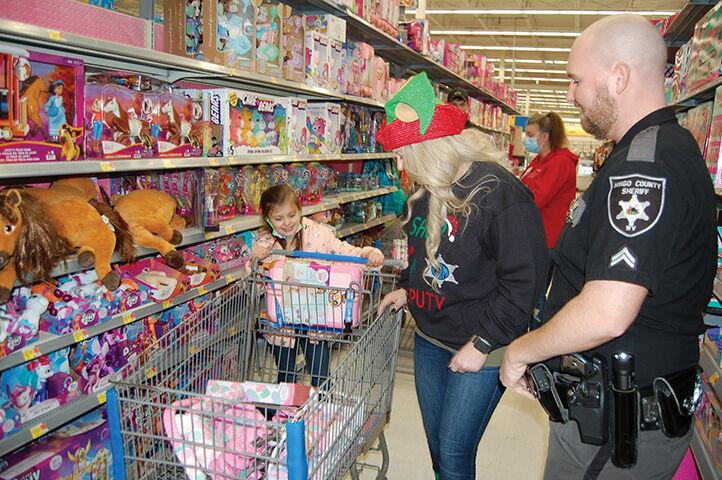 This year’s Shop with a Deputy was held on two separate nights, on Thursday, Dec. 9, and Thursday, Dec. 16. Mingo County Deputy Sheriffs Association President Sgt. Norman Mines said increased donations this year made it possible to include more kids, as well as to increase the amount spent on each. 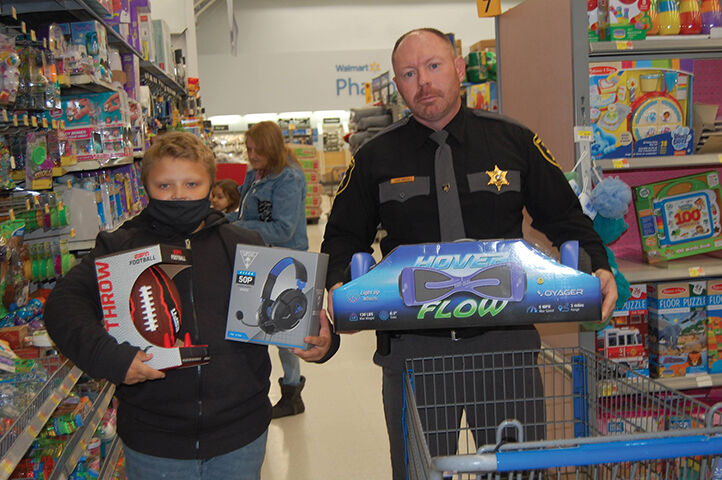 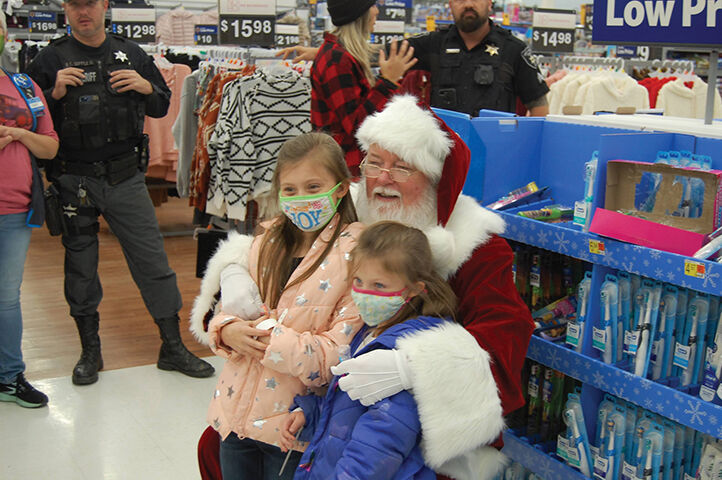 Typically, Shop with a Deputy is held at the South Williamson Walmart on just one weekday evening a couple of weeks prior to Christmas.

However, because of the many issues still being created by COVID, MCSDA President Sgt. Norman Mines said this year the association decided to break the one large event into two separate smaller events.

“Usually we have all the kids here the same night, but because we wanted to be a little more cautious and not have as many in here at one time, we thought it would be better to hold it on two nights this year,” he said. “Also, because of the supply chain problems stores are experiencing right now, we thought having it a week apart would better ensure there would be a good selection of toys and other appropriate items for all the kids to choose from.”

Mines said even the deputies themselves were a little jollier than normal this year, mainly because the money collected for the 24th Annual Shop with a Deputy totaled more than had ever been raised in one year.

Astronauts at Risk of 'Space Anemia'

Did Biden and Putin cut a deal? Here's why Ukrainian officials are 'suspicious' that happened

In recent years, he said, 15 kids recommended by the administration and staff from the county’s six PK-8s and one elementary school, as well as their at-home siblings, got to participate in Shop with a Deputy.

Because of the increased donations, however, Mines said the MCDSA not only was able to increase the amount spent on each kid, but additionally was able to add to the overall number of kids who could be included this year.

“We’re just so very thankful to all the people who donated this year,” he said. “It meant us being able to spend $125 on each student and $75 on each sibling. “We also were able to include approximately 20 more kids this year, so that was an added blessing.”

Mines said the MCSDA managed to raise even more money this year during the county’s annual “Cops versus Firefighters” basketball game, held Saturday, Dec. 11, at the Williamson Memorial Fieldhouse.

“The game is basically a fundraiser for all the county’s police officers and firefighters, with the proceeds going to each agency’s particular fundraising cause,” he said. “We always use our portion of the gate proceeds, as well as the money we raise selling T-shirts at the game, to go towards our Shop with a Deputy.”

If the donations received each year from the public could be considered the engine that has steadily moved Shop with a Deputy down the tracks over the past 24 years, Mines said Walmart and its employees have represented the fuel that has kept the train moving steadily along.

“Walmart and all their employees have always been so cooperative and helpful, and always been right there with us,” he said. “The store always provides the kids with a treat bag. We just can’t express our gratitude enough to them for all the help they always give us.”