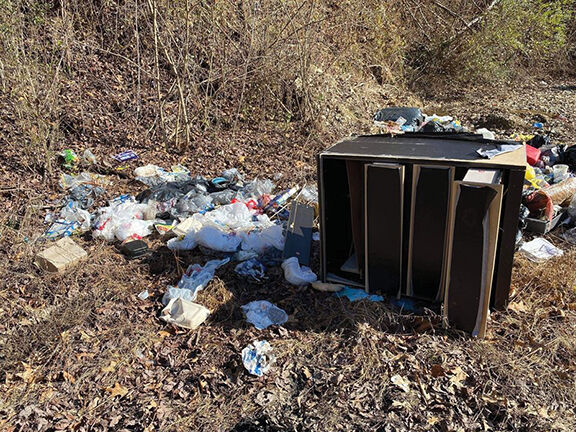 The Mingo County Sheriff’s Office is investigating several illegal garbage dumps. As part of those investigations, the office is putting pictures of the dumps on its Facebook page to gather information. In addition, pictures of receipts, boxes, packing materials and other identifying information is also being posted. Mingo County Sheriff Joe Smith said putting such details on Facebook has been an effective tool. 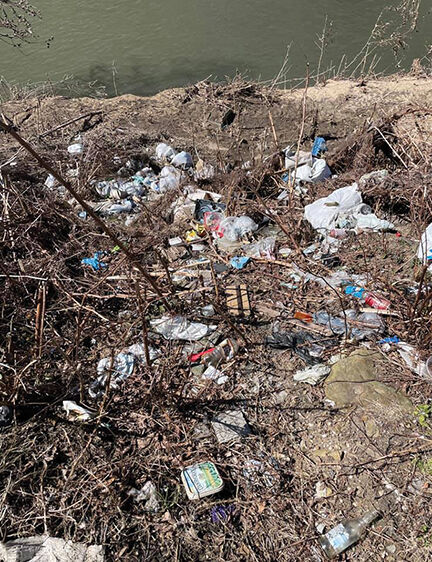 The Mingo County Sheriff’s Office is investigating several illegal garbage dumps. As part of those investigations, the office is putting pictures of the dumps on its Facebook page to gather information. In addition, pictures of receipts, boxes, packing materials and other identifying information is also being posted. Mingo County Sheriff Joe Smith said putting such details on Facebook has been an effective tool.

The Mingo County Sheriff’s Office has been actively using its Facebook page for several years to promote activities within the office from arrests to drug seizures. Another use for the page as far back as 2018 has been in highlighting efforts to clean up illegal garbage dumps.

In the past couple of weeks, the use of the Facebook litter postings has gained more attention than usual, and it seems as if the sheriff’s office has ramped up those efforts with four such posts in the last few days. However, according to Sheriff Joe Smith there has not been an up tick of illegal dumpsite investigations. The illegal dumps are easier to find during the late winter and early spring season. Also, he said his office is currently receiving a lot of litter complaints from concerned citizens.

“Three or four years ago, when we went through the first big budget cuts, we lost everybody we had,” Smith said. “We lost the litter officer. We lost a process server. We lost the guy that escorted funerals for us. That put all the burden back to the sheriff’s office to step and fill all these shoes. It was overwhelming. I couldn’t do it all.”

To fill the void, Smith said, he talked to the county prosecutor at that time and asked if it would be legal to begin using Facebook and posting the names of any individuals found on trash within illegal dumpsites. The prosecutor gave Smith the go-ahead to do it.

Commission Executive Director Kimberly Weber upheld the actions used by the Mingo County Sheriff’s Office saying, “I cannot speak to any specific laws, but there is no violation to the Ethics Act in doing this.”

Smith said that. by using social media, his office obtains leads and information about people in question.

“With the Terry Akers case this week, after putting it on Facebook, we had received a call from Mr. Akers on Friday,” the sheriff said. “He cleaned up the dumpsite over the weekend and he came in Monday to pick up and to pay his citation.

Biden's decision to withdraw from Afghanistan is personal for this lawmaker

“We were able to take care of the entire situation in a matter of hours by using Facebook,” he continued. “Working the case traditionally would have probably used about 20 to 30 manhours of time. Using Facebook for investigations of this type is both efficient and quick.”

The Facebook response to these efforts have been numerous. The four most recent posts alone have resulted in 687 reactions, 420 comments and 517 shares. The Sheriff’s Office is receiving accolades from both local residents and people outside the area which follow the page for its efforts in dealing with illegal dumps.

The problem with littering and dumping is an ongoing concern for many groups in Mingo County. Several community organizations in places like Chattaroy and Beech Creek, along with others across the county, are active in keeping their neighborhoods clean.

The Delbarton CVB and the Southern Coal Camp Authority has slated tomorrow, Saturday, March 13, as a community clean-up day and will begin at 9:30 a.m. at the W.H. Compton Park at the Elk Creek Bridge. The town of Matewan is doing a community clean-up on Saturday and Sunday, March 27 and 29, beginning at 9 a.m. at the town Hall. The towns of Delbarton and Gilbert are in the process of organizing similar events but details for those have not been finalized.

“The trash problem here in Mingo County is embarrassing,” Smith said. “We now have more people coming in from out of state to ride the trials and the litter is the first thing they notice.”

Smith said the most often heard defense in a litter investigation is that the person hired someone else to dispose of their trash.

Smith offered advice to people who are trying to get rid of garbage: