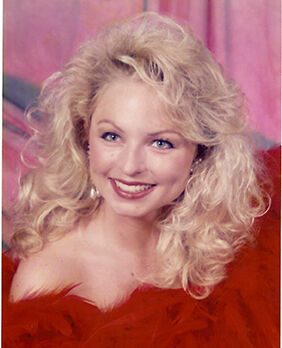 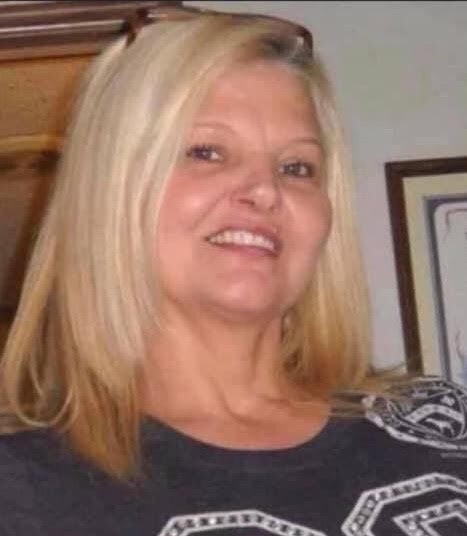 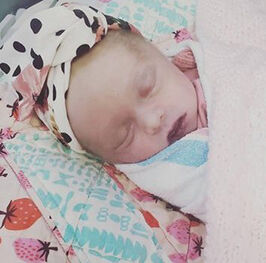 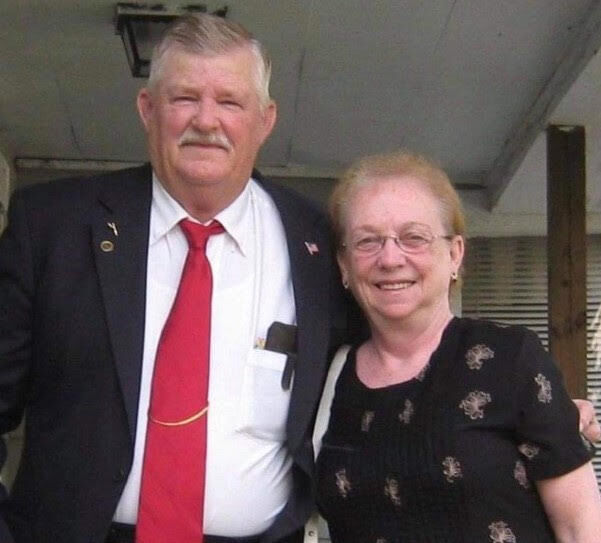 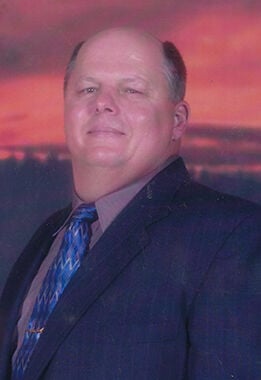 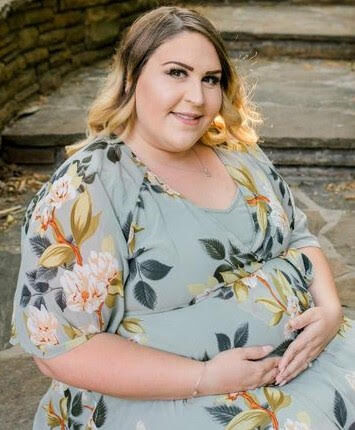 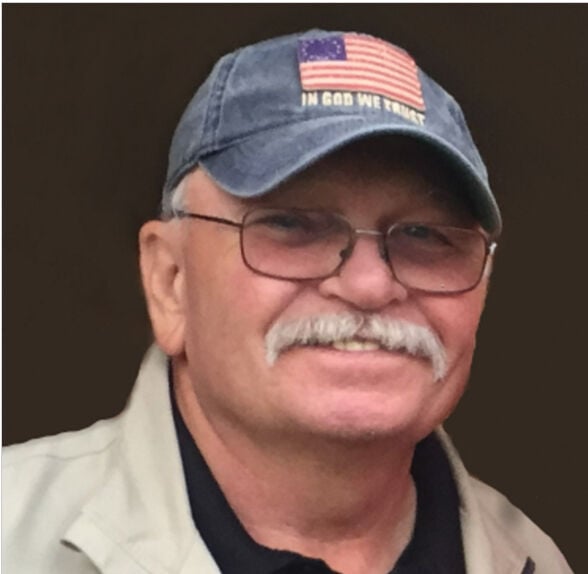 She was born in Tamcliff, May 15, 1943, the daughter of the late Okey and Virgie (Spears) Brumfield.

In addition to her parents, she was preceded in death by her siblings, Darrell, Lloyd, Okey Jr., Gary, Jean and Glenna; and an unnamed great-grandchild.

She was an incredible woman and was the true meaning of a wife, mother and grandmother. She lived her life with unyielding and fierce devotion to her Lord, witnessing to any individual who would spare a moment of their time for the Word of God. She never met a stranger and always extended the love that Jesus extended to us to all those around her. No one ever left her home hungry.

She loved God first; behind that love, was the love for her husband, children, grandchildren and great-grandchildren. Her family was her joy and motivation. If she wasn’t spending time with her family, she was enamored in the Word of God.

The absence that she leaves behind will resonate with her family and friends, but joy is shared in knowing that she is celebrating with her Lord and Savior, which was her life’s work.

Funeral services were held at 1 p.m., Thursday, May 6, 2021, in the Mounts Funeral Home chapel, with Rev. Mike Johnson and Rev. Jackie Jessie officiating, with special singing by Roger and Judith Browning.

Per her request, her remains were cremated. Arrangements were under the direction of Mounts Funeral Home, Inc., of Gilbert.

He was born in Williamson, July 5, 1957. His parents were Okle and Virginia Keith.

Ted was a kind, loving husband, brother, uncle and friend.

He met the love of his life, Tammy (Jewell) in high school and they have been together for the past 46 years. Ted is survived by his wife, Tammy; three sisters, Darlene David (Larry), Janet Foss (Ron) and Penny Cesco (Randy); Betty Keith (surviving spouse of Okle Keith); his brother-in-law, Berman Jewell (Joyce); his sister-in-law, Gloria Jewell; and his mother-in-law, Mrs. Yvonne Jewell. He had several nieces, nephews and cousins from both sides of his beloved family.

Ted was always active in his churches, from Williamson to Roanoke, and Surf City, North Carolina. He served as a deacon at West Salem Baptist Church.

Ted loved working for Norfolk & Western Railroad (known now as N. & S. Railroad) in Williamson, and Roanoke, Virginia. He was saddened not to be able to continue his career after recovering from bladder cancer. Ted had a healthy sense of humor; during his hospital stays he loved teasing and joking with the hospital staff.

He joined the West Virginia Army National Guard in the tank division, and his nickname was “Tank”.

He learned to play tennis as a teenager. Ted played for the rest of his healthy life. He was known for shoveling snow off the West End tennis courts so that he could play. His favorite attire was tennis attire.

If there are tennis courts in Heaven, you will find Ted there.

A celebration of life will be held at 3 p.m., Saturday, May 8, 2021, in Chattaroy, at the Chattaroy Church of God. The family will receive friends the hour prior to the service.

In lieu of flowers, donations to the American Cancer Society are requested by the family.

Memorial arrangements are being taken care of by Andrews Mortuary & Crematory in Hampstead, North Carolina.

The guestbook may be signed at www.andrewsmortuary.com.

She was born in Logan, Nov. 7, 1993. She made her presence known for 27 short years by her infectious personality, boisterous laugh and giant smile that would light up a room.

Like the love she gave, Kayleena was loved by so many in return.

She was preceded in death by her maternal grandparents, Everette Monroe and Melva Mounts Tiller; her maternal aunts, Belinda “Jeannie” Angle and Jowana Kennedy; her paternal grandmother, Evelyn Blankenship; and her loving cousin, Tyler Hatfield.

In addition to those lucky enough to call her friend, those left to grieve her passing include her beloved husband, Cooper Lounsbury, of New Port Richey, Fla.; her parents, Audie and Stephanie Blankenship, of Hanover; her sisters, Melva Brianna Blankenship, of Hanover, and Ashlee Cline (Jarrett), of Wharncliffe; two amazing nieces, Reagan Kinlee Davis and Kaybrie Reece Cline, both of Wharncliffe; her paternal grandfather, Homer Blankenship, of Browning Fork; her loving in-laws, Glenn and Robyn Lounsbury, of Castleton-on-Hudson, N.Y.; her sisters-in-law, Sarah Lounsbury and Kaitlyn Lounsbury, of Castleton-on-Hudson, N.Y.; and a host of special friends.

She was the perfect daughter of Cooper and Kayleena Lounsbury, of New Port Richey, Florida. She was the embodiment of their infinite love for each other.

Those who loved her parents, loved Macie, and had the blessing of watching her grow with her Mother for eight months. She was much too precious for this world and joined her Mother in Heaven shortly after her birth. Though she is gone from this world, she will never be gone from our hearts. “Blessed are those who mourn, for they will be comforted.”—Matthew 5:4

Macie will forever live on in our hearts.

She was a selfless person and had a heart of gold. She loved everyone. If she told you she loved you, she meant it. She also loved her Lord and Savior. She was the backbone of her family and the glue that held everyone together. She would give anyone anything they needed. She devoted her life to her family and was the best Momma in the world.  She enjoyed yard sales, flea markets and cooking for her family; but most of all, she enjoyed spending time with her angel, Kylee.

Funeral services were held at 2 p.m., Sunday, May 2, 2021, at the Upper Room Jesus Name Church at Long Branch, Simon, with Rev. Mark Townsend and Pastor Freddie Thompson officiating. Burial followed in the Morgan Family Cemetery at Long Branch Mountain, Simon. She was carried to her resting place by Tommy Cline, Logan Morgan, TJ Toler, Shane Morgan, Steven May and Jeremy Hunt. Arrangements were under the direction of Mounts Funeral Home, Inc., of Gilbert.

She was born in Williamson, July 14, 1971, the daughter of Clarence and Mae Sartin Maynard, of Lenore.

She was a graduate of Tug Valley High School Class of 1989. She later attended Southern West Virginia Community College. She enjoyed ridge riding in the mountains with her friends.

She was preceded in death by her grandparents, Buster and Avonell Maynard and Elijah and Arminta Sartin; and her brother, Clarence Ray Maynard.

In addition to her parents, she is also survived by her son, Dylan Miller, of Lenore; her daughter, Darian Baisden, of Lexington, Ky.; her brothers, Sammy Sartin (Lisa), of Georgia, and Lee Sartin, of Lenore; and her nieces and nephews, Hazlea Elliott, Courtney Maynard, Michael Sartin, Kenneth Sartin and Justin Hall.

She will be sadly missed by all who knew her.

Funeral services will be held at 1 p.m., Sunday, May 9, 2021, at the Victory Christian Center, with Rev. Terry Blankenship officiating. Burial will follow in the Newsome Cemetery at Newsome Ridge.

Visitation will be at the church on Saturday evening from 6 p.m. until 9 p.m., with services starting at 7 p.m. Pallbearers will be Michael Sartin, Kenneth Sartin, Sammy Sartin, Dylan Miller, Raymond Maynard and Randy Maynard. Arrangements are under the direction of Chafin Funeral Home of Delbarton.

James B. Simpkins, 72, of  Delbarton, died Wednesday, April 28, 2021. His untimely passing was the result of a work-related accident near Danville.

In addition to his parents, he was preceded in death by a beloved son, Benton A. Simpkins.

A devoted family man, he lovingly cherished the memory of his parents and his son, Benton, long after their respective deaths. He longed for the day when he would be reunited with them, and what a reunion that must have been when he was called home to glory.

A graduate of Matewan High School, he entered the United States Army to proudly and bravely serve his country. Following an honorable military discharge with the rank of Sergeant in 1971, he returned home to Mingo County to marry his wife of 49 years, Zelora (“Lora”) Perry Simpkins, who survives him.

In addition to his wife and lifelong business partner, Lora,  James leaves behind to cherish his memory three beautiful daughters, Sarah Simpkins, Beth Cantrell (Jason) Cantrell and Rachel Simpkins; one granddaughter, Kiara Cline; and three grandsons, Chance Cantrell, Brody Cantrell and Knox Christian. He adored his children and grandchildren, and the unconditional love that he showed them will surely bless each of them all of the days of their lives.

The oldest of six children, he is also survived by three brothers and two sisters, Ira Simpkins (Donna), Randy Simpkins, Greg Simpkins (Ginger), Betty Charles (Roger) and Shelia Justice (Mark.) The institution of family was incredibly important to James and he leaves with his wife, his children, his grandchildren, his siblings and a host of aunts, uncles and cousins a lifetime of beautiful memories of a heart full of amazing love.

Funeral services were held at 1 p.m., Thursday, May 6, 2021, at Chafin Funeral Home, with his Pastor Paul Caudill, officiating. Burial followed in the Simpkins Family Cemetery, Right Fork of Beech Creek.

In lieu of flowers, memorial donations may be made to Grace and Truth Bible Center.

Arrangements were under the direction of Chafin Funeral Home of Delbarton.