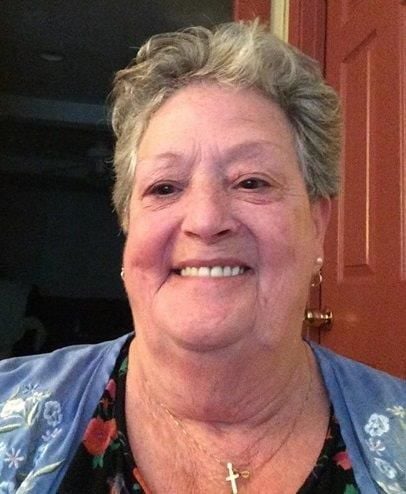 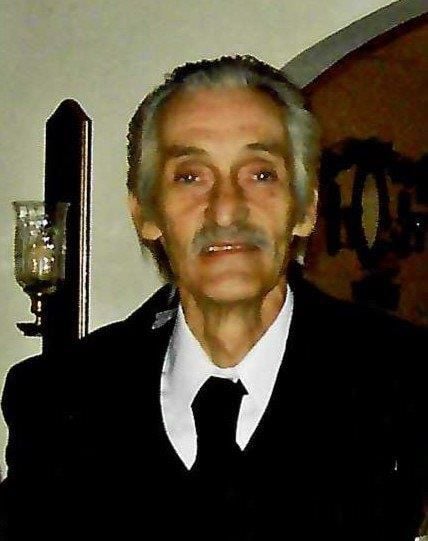 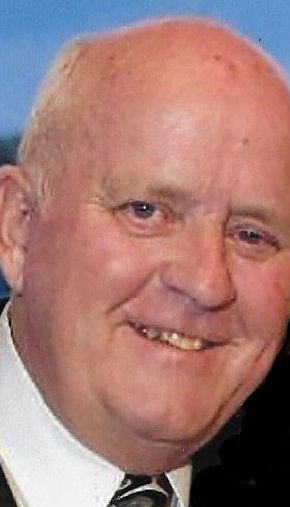 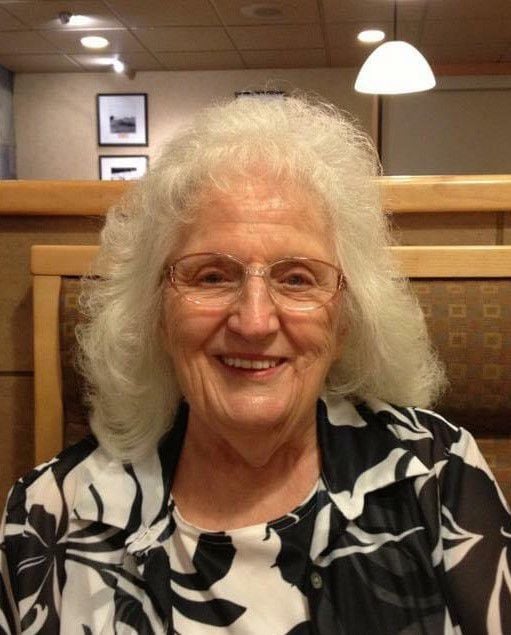 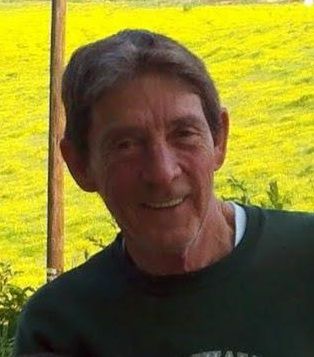 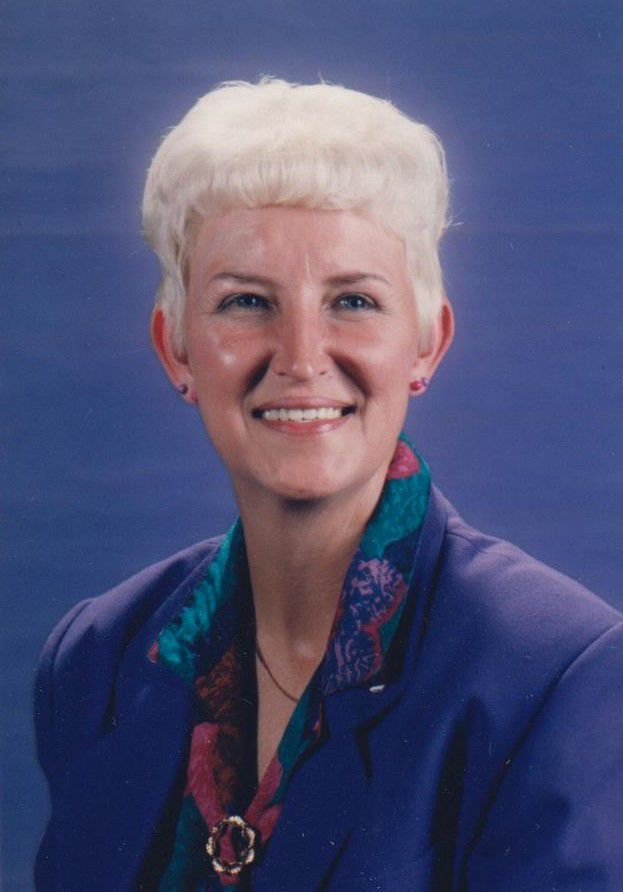 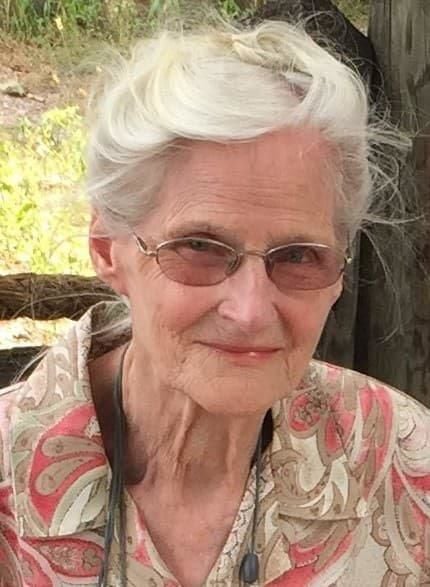 She was born in Martin County, Ky., July 17, 1950, the daughter of the late Bill and Angeline Maynard Fields.

She was a homemaker and a devoted wife, mother and grandmother. She attended church at East Kermit Church of God and Ajax Church of our Lord Jesus Christ. She enjoyed singing gospel hymns and spending time with her family.

Private family services will be held at 11 a.m., Friday, May 1, 2020, at the Chafin Funeral Home Chapel. Visitation will begin at the funeral home at 10 a.m. on Friday. Brother Albert Goble will be officiating the services. Burial will follow at the Fields-Maynard Cemetery, Martin County, Ky., with family and friends serving as pallbearers. Arrangements are under the direction of the Chafin Funeral Home of Delbarton.

He was a heavy equipment operator for most of his life. He loved to ride horses and farm life. He lived life and used it all. He loved his family, especially his grandchildren.

In addition to his parents, he was preceded in death by his brother, Jerry Farley.

He is survived by his wife, Margaret Duty Farley; his son, Jamie Farley (Sandy), of Racine, Ohio; his step-sons, Christopher Toops (April) and David Toops (Rachel), both of Elk Creek; his daughters, Alyson Hinson, of Dandridge, Tenn., and Sumar Farley, of Delbarton; his brothers, James David Farley (Rhonda), of Bluefield, and Benny Farley (Brenda), of Chapmanville; his sister, Ila Jean Duty (Granville), of Reynoldsburg, Ohio; 16 grandchildren; and eight great-grandchildren.

Graveside services were held at 1 p.m., Tuesday, April 28, 2020, at the Farley Cemetery, Elk Creek. Arrangements were under the direction of the Chafin Funeral Home of Delbarton.

She was born at Williamson, Jan. 25, 1948, the daughter of the late Clyde Ramon Cisco and Hazel Mahon Cisco.

She was an educator and taught school for many years. She retired from the Mingo County School System. She obtained her bachelor’s degree from Southern and her master’s degree from Marshall University. She was a member of the Devon Church of Christ.

In addition to her parents, she was preceded in death by her beloved husband, Verlin "Tom" Hatfield.

She is survived by her sister, Daisy Belcastro (Pete), of Myrtle Beach, S.Car.; her beloved  fur baby, "Angel"; Edgar Blankenship (Jackie), who was like a son to her; a special nephew, Peter Belcastro Jr.; her beloved caregivers, Renae Pack and Briana Blankenship, whom she dearly loved; a special friend, Rhodenna Pack, who was like a sister to her; numerous nephews and nieces; and a host of friends whom she loved dearly.

Due to the COVID 19 mandates, a graveside service was held at 1:30 p.m., Monday, April 27, 2020, with the recommended limit of 10 people in attendance, at the Hatfield Cemetery, Beech Creek, with Bro. Travis Simpkins officiating. Arrangements were under the direction of the Hatfield Funeral Chapel of Toler, Kentucky.

She was born at Slaters Branch, Ky., March 4, 1932, to the late Major McCoy and Nola Ethel Thompson McCoy.

She was a homemaker and a member of the Gospel Revelation Church.

In addition to her parents, she was preceded in death by her husband, Billy Gene Marcum; her siblings, Annie McCoy, Joyce Keene, Patsy Maynard, Polly Martin, Elizabeth Dillon, Ronnie McCoy and her infant triplet brothers; her grandson, Dustin Tyler Marcum; her great-grandson, Jordan Tyler Marcum; and her daughter-in-law, Emma Marcum.

Funeral services will be private. Arrangements are under the direction of the R. E. Rogers Funeral Home of Belfry, Kentucky.

She was born at Williamson, Feb. 11, 1962, a daughter of the late Arthur White Sr. and Magdalene Miller White.

She was a homemaker and enjoyed time spent with her family more than anything. She attended the Pie Church of God prior to her failing health.

In addition to her parents, she was preceded in death by one sister, Vanessa White Russell; and one brother, Roscoe White.

She will be sadly missed and lovingly remembered by her family and friends always.

In keeping with Deborah’s wishes, cremation has taken place and there will be no service. Arrangements are under the direction of Weaver Mortuary of West Williamson.

He was a charter member and served as song leader of Borderland Baptist Church until his health began failing.

He was preceded in death by his parents, Lige and Anna Sorrell; and seven siblings.

He spent his last week being surrounded by all his children and grandchildren whom he loved dearly; his daughter, Anna Marie (Theresa); his sons, Mark (Amy) and Jarrod (Andrea); his grandchildren, Laci, Taylor, Nicolas, Cierra, Rileigh, Micah and Carter; and his sister, Irma Sue Ray, of South Williamson, Kentucky.

Arrangements will be private. Arrangements are under the direction of the Conner Bowman Funeral Home and Crematory of Rocky Mount, Virginia.

The guestbook may be signed at connerbowman.com.

She was born in Pike County, Ky., July 15, 1934, the daughter of the late Thomas and Lena Hardin Bevins.

Betty left this life as a homemaker, but entered heaven as a daughter of the King of kings. She was blessed to have been able to share the majority of her life with her loyal son who remained by her side until the very end. Her sweetest moment upon this earth, however, was when she fully received God’s saving grace and experienced the peace, love, joy and forgiveness that only it could bring. At 85, she taught us that life is not to be measured in years, but instead, in fulfillment; for while no amount of time seems sufficient, God’s eternal love is overflowing and is always more than enough. Her cup now runneth over, as her soul proclaims, "O death, where is thy sting, O grave where is thy victory?" (1 Corinthians 15:55-56) Amidst a world of chaos, her Father not only called her home gently, but by name, swathed in mercy, comfort and peace. Though she will be sadly missed, we must rejoice in her salvation and in Jesus’ promise of “It is Finished.” May we know that this, too, is offered to us all. “Therefore if any man be in Christ, he is a new creature: old things are passed away; behold, all things are become new.” (2 Corinthians 5:17)

She is survived by her son, Larry Staten (Deborah); her grandchildren, Candida Staten, Brandon Staten and Kim Staten; her great-grandchildren, Caleb, Harrison and Cambria; and her special nieces, cousins and friends, including the very cherished Linda Staten, Michael Staten and Cynthia and Jason Runyon.

Soon after his honorable discharge from the United States Navy, he began a banking career that spanned 37 years. He began his career at the First National Bank of Williamson in 1964, and later worked at Pikeville National Bank, Bank of Mingo and retired as a commercial loan officer with Community Trust Bank in 2001.

His post-career retirement was spent playing golf and attending professional golf tournaments around the country. He also enjoyed bowling, fishing and hunting prior to declining health.

He was involved in many benevolent organizations over the course of his life. He was a mason and a member of the Kiwanis Club and the Tug Valley Mining Institute. He was an avid sports fan and supporter of the Kentucky Wildcats.

Jim and his wife, Mary, enjoyed traveling and ocean cruises. He loved spending time with his family, most especially his beloved grandchildren.

He will be fondly remembered and sorely missed by his family and all who knew him.

The last of his siblings, Jim was preceded in death by one brother, Carl Vance; and two sisters, Christine Keesee and Ann Hurley.

Visitation was held from 6 p.m. until 8 p.m., Friday, April 17, 2020, at Weaver Mortuary in West Williamson. In keeping with Jim’s wishes, cremation followed the visitation.

In lieu of flowers, the family requests that memorial contributions be made to: The American Heart Association, 162 Court Street, Charleston, West Virginia 25301.

Arrangements were under the direction of Weaver Mortuary of West Williamson.