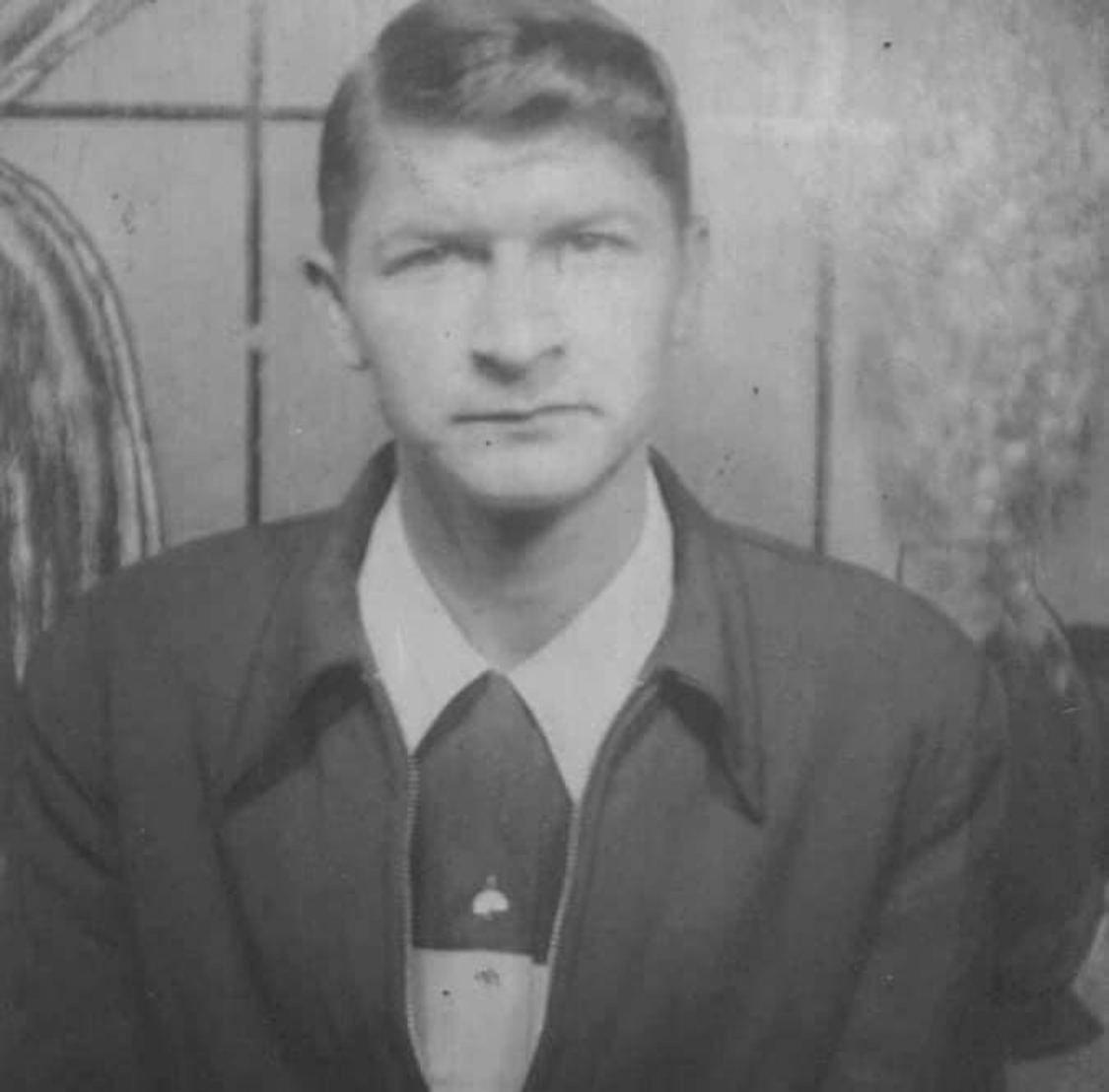 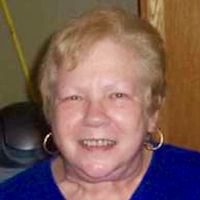 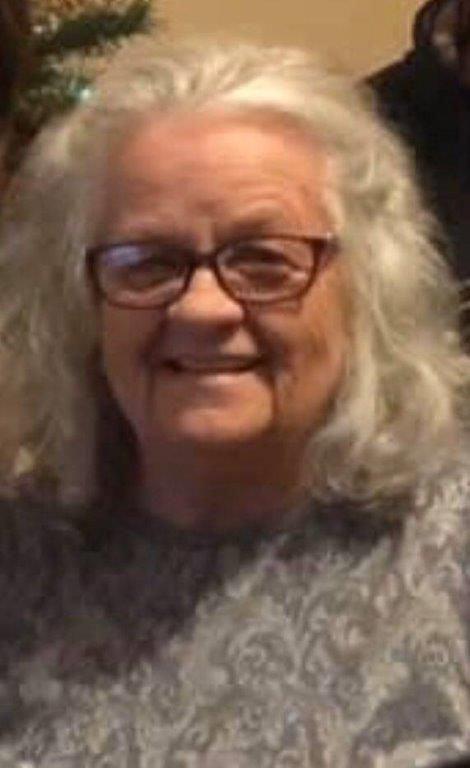 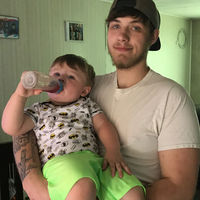 In addition to his parents, he is preceded in death by his wife, Loretta Chapman; and 18 siblings.

The guestbook may be signed at www.spencefuneralhome.com.

Along with her parents, she is preceded in death by two brothers, Drewey “Buddy” Hurley and Freddie Joe Hurley; and three sisters, Juanita Ruwe, Geneva Socko and Genevieve Justice.

Left behind to cherish her memory are her husband, Andrew H. Daugherty; one son Eddie Daugherty, of Midway, Ky.; two sisters, Ruby Trammell and Ruth Damron; two granddaughters, Elissabeth Daugherty and Emmaliah Daugherty; and many other family and friends who will sadly miss her.

A private graveside service will be held at Siloam Cemetery, South Shore, Ky., with Darrell Stephenson officiating. Arrangements are under the direction of the Morton-Hunt Family Funeral Home of South Shore, Kentucky.

The guestbook may be signed at www.mortonhuntfh.com.

Upon graduating high school, she had a mind-set of being a “go getter.” She furthered her education and during her college career, she worked. She was not one to sit still.  Upon moving to Georgia, she began working as an executive secretary. This was a job she enjoyed and retired from. After retirement, she became an avid home shopper. She was a devoted supporter of the home shopping network “QVC.” Due to her declining health, she made the decision to move back to her hometown to be closer to her extended family. Shortly after her transition back to West Virginia, she was baptized and was of the Pentecostal Apostolic Faith. Until her health declined, she attended the Oneness Pentecostal Lighthouse “OPL” of Red Jacket. She was a pleasant and enjoyable person. She enjoyed the company of both family and friends alike.

In addition to her parents, she was preceded in death by her husband, Grady Allen Gentry; her brothers, Russell Ward, Donald Ward and Thomas Ward; her sister, Helen McCurry; two infant sisters; and a special aunt, Marie Phillips.

She is survived by her cousins, Lula Copley and George Cox Sr. (Mary), both of Red Jacket; a host of other cousins; her beloved friend, Chestine Akers (Danny), of Red Jacket; and numerous neighbors and friends.

Graveside services were held at 12 p.m., Thursday, May 21, 2020, at the Mountain View Memory Gardens, Maher, with Pastor Johnny Looney and Rev. Jimmy Copley officiating. Arrangements were under the direction of Chambers Funeral Services, Inc., of Matewan.

Dominic Mahon, 22, of Beech Creek, died Monday, May 18, 2020, due to an injury from an unfortunate accident at Phelps.

He was a 2016 graduate of Phelps High School and upon graduation he went on to work as a team leader in stocking for WalMart. He enjoyed his motorcycle and being out in the open air, but his greatest joy was being “daddy” to his baby, Chandler.

In addition to his parents, he is survived by his son, Chandler Ray Adkins Mahon; his brother, Corey Mahon, of Beech Creek; his sister, Heather Mahon, of Taylorville; his paternal grandparents, James and Doris Mahon, of Beech Creek; his uncles, Jamie Mahon, of Beech Creek, and Danny Prater (Brenda), P.J. Prater (Melissa), Hank Prater and Keith Hackney (Kayla), all of stopover, Ky.; his aunts, Ina Hatfield and the late Dorse, of Blackberry, Ky., Linda Prater (William), Mable Hunt and Tina Hensley (Bradley), all of Stopover, Ky.; and a community of family and friends, including his close friends, Bobby Lester (Melissa), of Phelps, Ky., Cosmo Cline, of Majestic, Ky., and Phillip Stevens, of Morehead, Kentucky.

Services honoring the life of Dominic will be conducted at 12 p.m., Saturday, May 23, 2020, at the Chambers Funeral Services Chapel with Minister William Prater officiating. Burial will follow in the Looney Curve Cemetery, Devon, with family and friends serving as pallbearers. Due to COVID-19 regulations, the practice of social distancing will be observed.

The family will gather from 6 p.m. until 9 p.m., Friday, May 22, at the funeral home, following all social distancing guidelines. Arrangements are under the direction of Chambers Funeral Services, Inc., of Matewan.

She was born at Delbarton, July 13, 1945, the daughter of the late Howard and Beulah Dotson Columbia.

She was a very outgoing lady. She loved to dance and socialize with other people. She also loved her friends at the Delbarton Senior Citizens Center. She was a kind person and always had a smile on her face.

In addition to her parents, she was preceded in death by her husband, Joe Rezich.

She is survived by her girls, Vivian Climie (Terry), of Lehigh Acres, Fla., and Denise “DeeDee” Slone, of Ragland; her son, Billy Rezich, of Lehigh Acres, Fla.; her brothers, Howard Jr. Columbia (Shelley), of Michigan, and Troy Columbia, of Delbarton; her sister, Maxine Watson (Gene), of Richmond, Va.; her grandchildren, James Climie, Ginger Climie, Joann Mullins and C.J. Mullins; and seven great-grandchildren. She was also blessed to have many friends. Those special to her heart were: Liz Reed, Geraldine Wallace, Melissa Diamond and Gail Thacker.

In honoring Sue’s wishes, cremation has taken place and a graveside service was held at 1 p.m., Thursday, May 21, 2020, at the Mountain View Memory Gardens, Maher, with Rev. Scott Erwin officiating. Arrangements were under the direction of the Chafin Funeral Home of Delbarton.

She was born at Welch, March 12, 1942, the daughter of the late Johnny and Nora Justice Hinkle.

She was a homemaker and loved cooking for her family. She dearly loved her grandchildren.

In addition to her parents, she was preceded in death by her brothers, Jerry, Wayne, Johnny Lee and Kenneth Hinkle; and her husbands, Leroy Varney and Sherman R. Harmon.