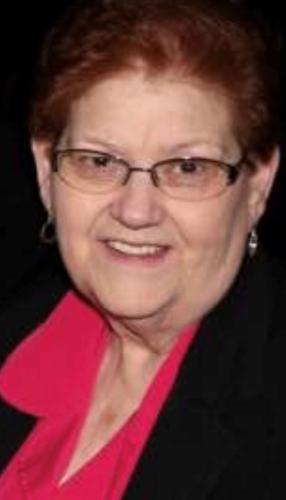 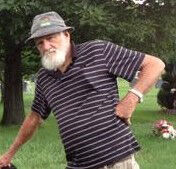 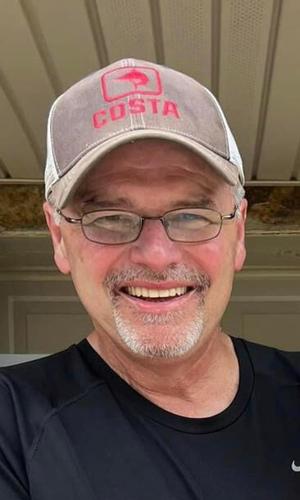 He was born in Mingo County to the late Carlos Brewer and Eula Webb Brewer, Nov. 22, 1939.

Jack was a retired coal miner and a hard worker all his life. He loved horses and his church family.

Jack is survived by his loving children, David “Little Poss” Brewer and Jackie Brewer, both of Kermit; one grandson, Keith Brewer (Emily); as well as two grandchildren, Brodie and Ashton.

He was preceded in death by his brother, Bill Brewer; and sister, Lillian Brewer Hensley; and is survived by his siblings, Carlos Brewer Jr. (Tom) and Deloris, Tavie L. Lovins (Virgil), Irene Brewer Wolfrom and Glen Brewer (Donna), all of Kermit, and Elizabeth Brewer Dawson, of Ohio; as well as numerous nieces and nephews.

In addition to her parents, she was preceded in death by brothers, Lark Jr., Quincy and Lawrence; and sisters, Gladys, Goldie, Agnes and Hattie.

Ruby was a wonderful homemaker and an amazing cook. She loved to work with flowers in her yard and in the spring she loved to pick greens. Ruby was a member of the Freedom United Baptist Church of Laurel Creek and the Eastern Star of Kermit.

Funeral services will be held at 1 p.m., Friday, July 29, 2022, at the Freedom United Baptist Church with Pastor Eddie Hatfield officiating. Burial will follow at the Mountain View Memorial Garden Cemetery in Maher. Arrangements are under the direction of the Chafin Funeral Home of Delbarton.

The guestbook may be signed at www.chafinfuneralhome.com.

She was born Dec. 13, 1959, a daughter of the late Jim Plymale and Dorothy Plymale (Kiser) Steele.

She was a cook having worked over 14 years for the Mingo County Board of Education. Cheryl, an avid-sports fan, never missed a game cheering on her favorite tiger, Rikkie Anne. Her girls were indeed her world. When not busy with sports, she enjoyed cooking for her family. It delighted her to see her family together and well fed. Holidays were her favorite! She and her friend, Rhodenna, would make candy galore sharing these special treats with neighbors, family and friends alike. Cheryl was also a notorious shopper. It was not uncommon for her to go bargain hunting, she loved a good deal! Cheryl never met a stranger and she enjoyed a good laugh. Her outgoing nature combined with her sassy personality made her one that will not soon be forgotten.

In addition to her parents, she was preceded in death by her husband of 35 years, William Rickey Goad; and a special friend, Rhodenna Pack.

She is survived by her daughters, Victoria Goad and Michael Ghareeb, of Charleston, and Rikki Anne Miller and Brad, of Pineville; grandchildren, AudreyAnna Brooks and Mason Miller, her grandchildren were the apple of her eye; brother, James Plymale and Diane, of Pigeon Creek; sister, Tina Coleman and Roger, of Elkhorn City, Ky.; special friends, Wendy Cisco, Jane Ann Mitchell, Kaye Carroll, Sherry Preece, Debbie Godby, Sue Light and Rebecca Keathley; her beloved fur baby, Ruby Gareebee; and a community of loved ones, neighbors and friends.

Arrangements were under the direction of Chambers Funeral Services, Inc., of Matewan, West Virginia.

He was born in Logan, Oct. 28, 1965, the son of Ethel Jean White Hatfield, of Lenore, and the late Wallie Hatfield.

Funeral services will be held at 1 p.m., Friday, July 29, 2022, at the Little Dove Baptist Church, Belo, with Reverend Jimmy Maynard and Reverend Robbie May officiating. Interment will follow in the Mountain View Memory Gardens at Maher.

The family respectfully requests that everyone attending the services wear a protective mask due to the currently increasing spread of the COVID-19 virus. Arrangements are under the direction of Weaver Mortuary of West Williamson.

She was born in Columbus, Ohio, June 24, 1971, the daughter of Edna Nyoka Jarrell Barnhart, of Matewan, and the late John "Buck" Barnhart.

In addition to her father, she was preceded in death by her sister, Alina Holt; and her mother and father-in-law, Willie and Mary Marcum.

Denise worked in the billing department for  Mingo/Pike Health.

Besides her mother, she is survived by her loving husband, Avery Marcum, of Williamson; her loving sons, Johnathan Marcum, Jared (Ashley) Marcum and Justin (Megan) Marcum, all of Matewan; her stepbrothers, Rod Barnhart (Bobbie) and Tim Barnhart; her loving grandchildren, Rylee Marcum, Madison Marcum, Macey Marcum, Aubrey Marcum and Levi Marcum; her special loving pets, Rusty and Lexi; and a host of loving nieces, nephews and other loving family and friends.

Her greatest loves and interests remained until the end, Jesus Christ, her family, friends, her nursing career as an LPN for 40 years where she shared her faith, her heart and her life with those in her care, and those she worked with. She was uniquely gifted with an ability to love a child with both prayers and finances which she supported through various charities and means, often sacrificing her own needs to do so.

She was preceded in death by her husband, Donzal Lee Morgan; her parents, Duke and Bonnie Webb Addison; her brothers, Harold, Bill and Paul Addison; her sister, Doris Bonanno; her great-granddaughter, Carleigh Morgan Cooke; and her great-grandson, Louis Aaron (Jun-Jun) Viruet Jr.

Joyce is survived by five children, Wenda Viruet, wife of the late Louis Viruet, of Vineland, N.J., Nickandrea Cooke and husband, Ed Ferguson, of Huntington, Patty Quesenberry and husband, Jerry, of Mullens, Jeffrey Morgan and wife, Debbie, of Jacksonville, Fla., and Barry Morgan and wife, Neida, of Vineland N.J.; her four siblings, Marie Ferrell, of  Dublin, Va.,  Dan and Louise Addison, of Holden, Jerry and Judy Addison, of Ravenswood, and Bonnie and Wendell Hatfield, of Gilbert.

She was a loving grandmother of 10 grandchildren, 21 great-grandchildren, and one great-great-grandson, all of whom she frequently facetimed or called and prayed for by name. She strived to be as close as possible with them all, until it became too difficult to speak or travel.  She will be greatly missed, especially by her granddaughters whom she was very close with.

William H. (Bill) Rosen, 95, of Palm City, Fla., formerly of South Williamson, Ky., passed away peacefully in his sleep Saturday, July 16, 2022, after having a full life and love for his family and friends.

Born on Sept. 7, 1926, in Richmond,Va., to the late William Rosen and Addie Baron Rosen. Bill grew up in Virginia and New York before his family moved to Washington D.C. in 1941. At the age of 17, Bill enrolled in the Army Reserve Special Training Program, ARSTP. He completed basic training and was then sent to Ohio State University. Set up on a date, he was first upset that the young lady canceled, but by chance he ran into Betty Ofsa, whose date also canceled. They decided to go out together that night and after a short courtship, Bill proposed and Betty flat out told him no. He then went off to the Army, where he served in Italy before being called home to help his father, William, in their dry cleaning business. He met back up with Betty during this time, where they took up dating again. One night, she asked him if he still wanted to marry her and from there they spent the next 53 years building a life of love with their family. Betty passed away in November of 2000 and Bill was heartbroken.

After looking for many years, he found Mildred Coben originally from New Jersey living in Palm City, Florida. After dating a few years, he proposed and she accepted. They resided in Palm City, Fla., together until his passing.

Bill’s in-laws, Charlie and Gertrude Ofsa, owned the Cinderella Boot Shop in Williamson. Upon their passing, he and Betty continued to operate the store until the early 1990’s when they both retired and began furthering their love of travel.

He was involved in many local organizations in his hometown of Williamson, and his new hometown of Stuart/Palm City, Florida. He was a member of the BPOElks, Moose, Lions, Masonic Temple, and Shriners. One of his greatest achievements was working for the American Red Cross. He worked during the Hurricane Hugo natural disaster as well as being at Ground Zero after the 9-11 attacks on our country. He officiated high school football and basketball at the city, county and state level in WV and KY. He loved the BPOElks and stayed active and a member of both lodges in Williamson and Stuart. In his time he served as Exalted Ruler, Treasurer and WV State President, Grand Lodge District Deputy and Grand Lodge Youth Activities Chairman. After retirement he went back to college and obtained his BA degree. Bill also stayed active in the communities he lived in by hosting, teaching and attending bridge games.

Bill was a member of Temple B’nai Israel, in Williamson, where he served as temple president. He helped to continue the running of the temple, ensuring monthly services were held for local members until the decision was made to close the temple in 2009.

In addition to his parents, William and Addie Rosen; and wife, Betty Rosen, Bill was preceded in death by his brothers, Lionel, Cyril and Eugene Rosen.

Bill is survived by his second wife, Mildred; his sons, retired Senior Judge Marc (Diane) Rosen, of Ashland, Ky., Larry (Marvi) Rosen, of Williamson, and Bruce (Gina) Rosen, of Palm Bay, Florida. He leaves behind his grandchildren, Ashley Rosen, Lesley Rosen, Brandon (Kierston) Rosen, Erica (Zack) Staton, Jason Rosen, Brentley Marcum and Isabella Salyers. He is also survived by his great-granddaughters, Harper Rosen, Blake and Brook Staton and a soon to be born great-grandson. His daughter of the heart, Barbara Rosen, of South Williamson, Ky., also survives him along with a host of nieces, nephews, cousins and friends who were more like family.

Graveside services were held at 12:30 p.m., Tuesday, July 26, 2022, at United Jewish Cemetery in Montgomery, Ohio. Memorial services will be planned at a later date in Williamson and Huntington.

In lieu of flowers the family has asked that donations be made to The Elks National Foundation or the American Red Cross.

Arrangements were under the direction of the Weil Kahn Funeral Home of Cincinnati, Ohio.

The guestbook may be signed at www.weilkahnfuneralhome.com.

Add an entry as anonymous