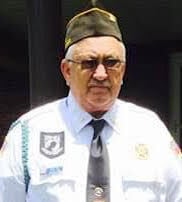 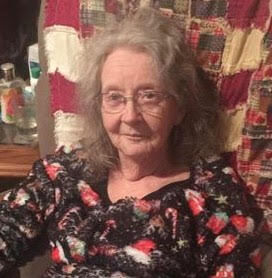 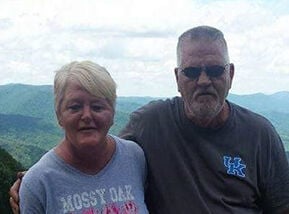 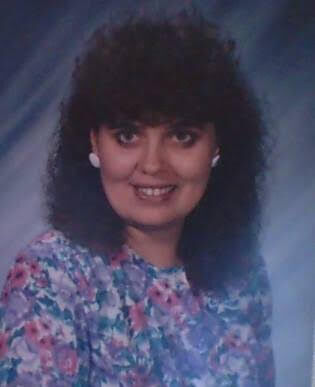 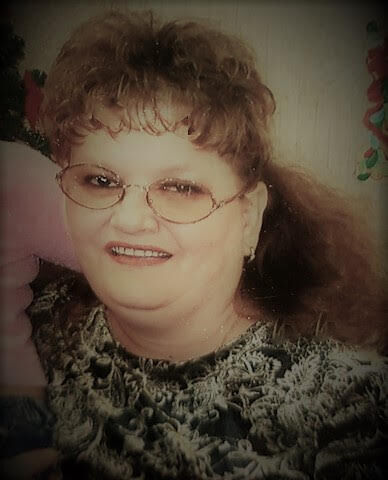 She was born at Iaeger, July 2, 1956, the daughter of the late Roscoe and Liddy Ruth (Lester) Lester.

She enjoyed spending time and talking with her family and friends. She especially loved being with her grandchildren. She was of the Baptist faith.

In addition to her parents, she was preceded in death by her sister, Orfy Jean May; her brother, Russell Lester; her niece, Danyel Lester; her nephew, Randy Dale Wykle; and her brother-in-law, Randy Wykle.

She is survived by her husband, Curtis Bryant, of Iaeger; her daughter, Misty Logan; her grandchildren, Carrie Huff and Robert Huff, all of North Spring; her sisters, Charlotte Jean Wykle and Dorann Lester, both of North Spring, Vicie Kolffe, of Ragland, Lisa Hatfield (David), of Copperston, Kathy Adams, of Welch, and Cloteen Lester, of Charleston; her brothers, Ezra Lester, of Varney, Abby Lester, of Matewan, Rosco Lester (Susie), of Hanover, and Dennie Ray Lester, of Welch; and a host of other dear relatives and friends.

The guestbook may be signed at www.mountsfuneralhomeinc.com.

He was of the Church of Christ faith and worked 19 years in the maintenance department for the Mingo County Board of Education and for more than 20 years as a coal miner and truck driver. His work ethic was unmatched and he was dedicated to his occupation. He was a kind individual who enjoyed his children and grandchildren.

In addition to his parents, he was preceded in death by his sister, Betty Ann Cisco.

He is survived by his daughters, Renae Smith (Matt), of Newtown, (He was especially grateful to for their constant care and presence during his illness.); and Pam Hill, of Clendenin; his grandchildren Corey Smith, who was his pride and joy, Miranda Smith, Edan West and Tristan West; his ex-wife, Brenda Christian, of Red Jacket, who was also instrumental in his care during his illness; his sister, Mary Estepp, of Hazard, Ky.; and a host of nieces, nephews and loved ones, including Ronnie Estepp (Dolly), of Taylorville, and Jeff Cisco, of Matewan.

Due to the COVID-19 Pandemic and the recent spike in area cases, please adhere to all social distancing recommendations. Also, if you have a compromised immune system or are feeling ill and do not feel comfortable in attending, the family understands completely and appreciates the caution and consideration.

Services honoring his life will be held at 1 p.m., Friday, Aug. 7, 2020, at the Chambers Funeral Services Chapel with Bro. David Blankenship officiating. Burial will follow at the Steele Family Cemetery, Beech Creek, with family and friends serving as pallbearers. Arrangements are under the direction of Chambers Funeral Services, Inc., of Matewan.

For those who are unable to attend due to health reasons and/or concerns, you are welcome to visit www.chambersfuneralserives.com and sign the online guest book.

He was born at Williamson, April 1, 1957, the son of Bob Elkins and Naomi Marcum Elkins Crum.

He was affectionately called “Jimbo” and was a disabled miner. Prior to becoming disabled, he was employed by Liz Ann Mining. Fishing and camping were his favorite pastimes.

In addition to his parents, he was preceded in death by three brothers and two sisters.

He will be sorely missed by his family and many friends. He will be lovingly remembered by everyone who knew him.

No services are planned at this time. Arrangements are under the direction of Weaver Mortuary, Inc., of West Williamson.

She was born at Iaeger, Aug. 29, 1957, the daughter of Adele (Woolum) Hatfield, of Coal Mountain, and the late Jackie Lee “Jack” Hatfield.

She was a graduate of Baileysville High School Class of 1975. She was a teacher for the Mingo County Board of Education and also taught school at Wyoming East. She was a member of the Big Cub Missionary Baptist Church of Coal Mountain. She enjoyed spending time with her family and friends, especially her mother.

In addition to her father, she was preceded in death by her sisters, Deborah Lynn and Kathy Denise Hatfield.

In addition to her mother, she is survived by her aunts, Irene Cook, Dorsal Duty, Sylvia Smith (John), Mildred Taylor, Glenna Hatfield and Patsy Woolum; her uncles, Arden Hatfield, Ronald Hatfield and Johnny Woolum; her special friends, Vince Walls and Dalton Walls; and a host of cousins and other dear relatives and friends.

Funeral services were held at 2 p.m., Thursday, Aug. 6, 2020, at the Big Cub Missionary Baptist Church at Coal Mountain with Rev. Glenn Hatfield and Rev. James Ellis officiating. Burial followed at the Coal Mountain Community Cemetery at Coal Mountain. She was carried to her resting place by her family and friends. Arrangements were under the direction of Mounts Funeral Home, Inc., of Gilbert.

The guestbook may be signed at www.mountsfuneralhome.

She is survived by her daughters, Lori Bautista (Romeo), of Verner, Sheilah Browning (David), of Iaeger, and Evelyn Brewer (A. Earl), of Prosperity; her grandchildren, Allison Harper, Chrystal Dickens and Preston Brewer; her great-grandchildren, Chasity Layne, Keisha Carter, Alyssa Walls and Grayden Brewer; her great-great-grandchildren, Chaston and Ryan Layne; several step-great-grandchildren; her sisters, Linda, of Ohio, Judy, Carol and Rosemary, all of Michigan; her brothers, Eddie Vance (Beulah), of New Richmond, Tommy Vance (Linda), of Hinton, Samuel Vance, of Indian Creek, Jimmy Vance, of New Richmond, and Johnny Vance, of South Carolina; and a host of nieces, nephews and other dear relatives and friends.

Funeral services were held at 1 p.m., Saturday, Aug. 1, 2020, at the Christian Freewill Baptist Church with Rev. Jackie Grimmett officiating. Burial followed at the Skyline Cemetery, Justice, with her family and friends serving as pallbearers. Arrangements were under the direction of Mounts Funeral Home, Inc, of Gilbert.

Her wonderful smile and gentle heart will be missed by all who were fortunate to have known and loved her.

The guestbook may be signed at www.mountsfuneralhomeinc.com.

She was preceded in death by her parents, Roland and Golda Newsome, of Naugatuck; and four brothers, Randolph Newsome, of Algonquin, Ill., Mearl Newsome, of Richmond, Ky., Chester Newsome, of Grand Prairie, Tex., and Arnold Newsome, of Cleveland, Tennessee.

Graveside services and burial will be held at 2 p.m., Saturday, Aug. 8, 2020, at the Newsome Cemetery, Newsome Ridge, Naugatuck. Family and friends will serve as pallbearers. Arrangements are under the direction of  O. R. Woodyard Co. Funeral and Cremation Services of Groveport, Ohio, and Weaver Mortuary, Inc., of West Williamson.

She will be sadly missed and lovingly remembered always.

Forney Shrewsbury, 73, of Justice, died Saturday, July 25th, 2020, at his residence, surrounded by his family.

He was born in Raleigh County, March 5, 1947, the son of the late Lawrence and Irene (Grisso) Shrewsbury.

He was a born-again Christian.

He was a proud veteran, who served in Vietnam from 1967 to 1968. He was a member of the VFW in Iaeger, Chapter # 1144, Vietnam Veterans of America and the UMWA. He was a devoted husband, father, brother, uncle and grandpa (Mr. Boo.)

In addition to his parents, he was preceded in death by two brothers, Clayton “Buddy” White and Norman Shrewsbury; and two sisters, Irene “Tempie” Pusloskie and Ruby White.

The family would like to thank Dignity Hospice for the compassion and love they showed us in the last days.

In lieu of flowers, the family asks that donations be made to Hospice of Southern West Virginia.

“I have fought a good fight, I have finished my course, I have kept the faith.”