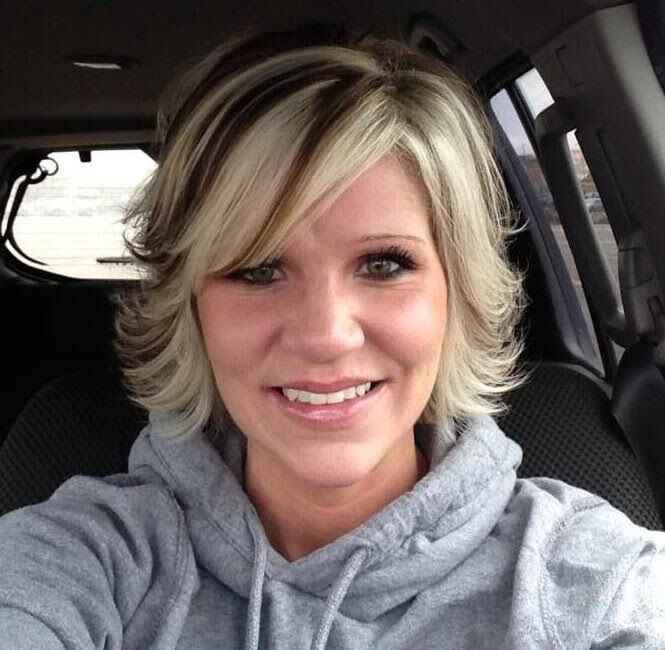 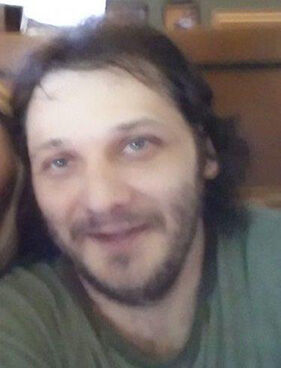 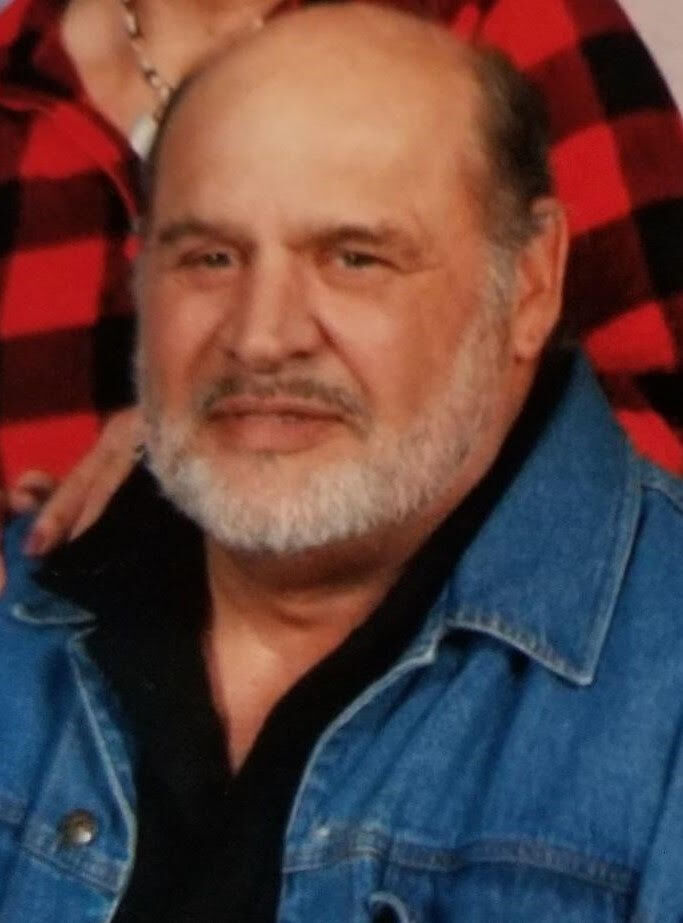 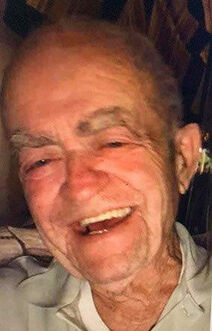 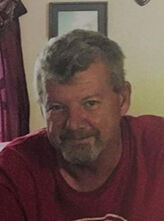 She loved joking around with everyone and laughing. She was always smiling and she especially enjoyed spending time with her family and friends. She was of the Protestant Faith.

She is survived by her sons, Kent Bragg II and Zachary Ulaki; her mother and father, Charlotte (Fields) and Danny Ball, all of Slabtown; her sisters, Scarlet Long (Robby), of Logan, Valerie Addesa (Jason), of Martinsburg, and Karen Ball, of Man; her brothers, Danny Ball II (Vivian), of Bens Creek, and Jason Ball, of Slabtown; and a host of nieces, nephews and other dear relatives and friends.

Funeral services were held at 1 p.m., Thursday, Oct. 8, 2020, at the Mounts Funeral Home Chapel with Rev. Denny May officiating. Burial followed at the Christian Family Cemetery, Browning Fork. She was carried to her final resting place by her family and friends. Arrangements were under the direction of Mounts Funeral Home, Inc., of Gilbert.

He was born at Logan, March 19, 1937, the son of the late William David and Vivian Dyche Hanshaw.

He worked most of his life. He entered the United States Air Force when he was 17 years old and retired from there at age 37. He came back home and worked in the mining industry for over 20 years, retiring from Hobet Mining Company. He loved to travel and fish, but most of all, he loved his family. To Skip, his most important job was being a provider for his family. He loved all of his family unconditionally. He also had a passion for collecting cars.

In addition to his parents, he was preceded in death by his brothers, Harry, Phillip, William, Thomas and Robert Hanshaw; his sisters, Betty Toppings, Rachel Harris and Jane Sebolt; and his grandson, Richard Collins.

He is survived by his wife of 66 years, Lucille Duty Hanshaw; his daughters, Sharon Collins (Mickey) and Crystal Farley, both of Delbarton; his adopted grandson, Kaden; his grandchildren, Kristen Farley and Farrah Farley; his great-grandson, Michael Evans; and his great-great-grandson, Adam Evans. He was very fond of his dog, Frosty. He also leaves behind a host of nieces, nephews, family and friends.

In honoring his wishes, cremation will take place and no services will be held at this time. Please continue to keep the Hanshaw family in your prayers. Arrangements were under the direction of the Chafin Funeral Home of Delbarton.

In addition to his parents, he was preceded in death by his son, Randy Shawn Harvey.

He was retired from the trucking industry and loved spending time with his family, especially his grandsons. He was of the Christian Faith.

He is survived by his wife, Sereta Harvey, of the home; his daughters, Amanda Lester (Aaron) and Danielle Brewster (Adam), both  of Justice; five grandsons, Chandler Harvey, Dylan Lester, Gabe Lester, Ayden Brewster and Jayse Brewster; his sisters, Barbara Gail Pritt, of Buena Vista, Va., and Diana Gill (Timothy), of Wytheville, Va.; and his brother, Mark Harvey (Yolanda), of Pineville.

Funeral services were held at 7 p.m., Thursday, Oct. 8, 2020, at the Mounts Funeral Home Chapel with Pastor Katie Endicott officiating. In honoring his wishes, his remains were cremated following services. Arrangements were under the direction of Mounts Funeral Home, Inc., of Gilbert.

He was a veteran of the United States Marines. After his career in the military, he worked as a police officer and a security guard. He was an outdoor enthusiast, who enjoyed hunting, fishing and four wheeling.

He will indeed be missed.

In addition to his parents, he was preceded in death by his brother, Robbie.

He is survived by his brothers, Kenneth McClanahan (Mary Beth) and Cloyd McClanahan; his best friend, Randy Mayhorn; and a host of cousins and other family members and friends.

In keeping with his request, cremation will take place. His ashes will be buried at a later date, by his brothers, alongside their mother. Arrangements are under the direction of Chambers Funeral Services, Inc., of Matewan.

He was born at Williamson, May 9, 1954, the son of the late Ellison McCoy and Easteline Blackburn McCoy.

In addition to his parents, he was preceded in death by two brothers, Irvine McCoy and Tommy McCoy.

He was a surveyor in the coal mining industry.

Funeral services were held at 1 p.m., Thursday, Oct. 8, 2020, at the Gospel Revelation Church with John Victor McCoy officiating. Burial followed at the McCoy Cemetery, Burnwell, Ky., with family and friends serving as pallbearers. Arrangements were under the direction of the R.E. Rogers Funeral Home of Belfry, Kentucky.

He was a carpenter by trade.

In honoring his wishes, cremation will take place and no services will be held at this time. Anyone wishing to send donations for his services may send them directly to Chafin Funeral Home. Arrangements are under the direction of the Chafin Funeral Home of Delbarton.

He was born at Williamson, Oct. 19, 1970, the son of Danny and Phyllis Robinette Thacker, of Sidney, Kentucky.

He was a disabled factory worker and was of the Freewill Baptist Faith.

In addition to his parents, he is survived by his children, Jacob Thacker, of Sidney, Ky., and Jeremy Thacker ( fiance’, Monica Beard), of Williamson; one grandchild, Brayden Smith, of Lincolnton, N.Car.; a special nephew, Matthew Thacker, whom he thought of like a son; his sister-in-law, Samantha Thacker; and a host of loving aunts, uncles, cousins and friends, whom he loved and adored.

Funeral services will be held at 1 p.m., Friday, Oct. 9, 2020, at the Canada Freewill Baptist Church with Jack Maynard and others officiating. Burial will follow at Smith Cemetery, Sidney, Ky., with Jordon Hunt, Nick Bunch, Matthew Thacker, Caleb Edmiston, Wes Edmiston and Jacob Thacker serving as pallbearers. Honorary pallbearers will be: Tyler Elswick, Jeremy Thacker and Larry Reed. Arrangements are under the direction of the R. E. Rogers Funeral Home of Belfry, Kentucky.

Axel Zion White, infant, born Wednesday, Oct. 07, 2020, to Austin and Ashley White of Delbarton, was called home to be with the Lord not long after he entered this world. Axel passed peacefully in the arms of his mother and father at Pikeville Medical Center, Pikeville, Kentucky.

In addition to his parents, he is survived by his grandparents, Darrin and Mirinda Daniels and Jack and Nancy Curry; his great-grandparents, Robert and Sharon Adkins, Bo and Debbie Daniels, David and June Hall and Everett and Katherine Curry; one uncle, Cory Curry; three aunts, Cierra White, Kierstan Curry and Jakaira Curry; a special aunt who loved to talk and sing to him, Savanna Daniels.

Graveside services and burial were held at 2 p.m., Thursday, Oct. 8, 2020, at the Mountain View Memory Gardens, Maher, with Brother Hack Runyon officiating. Arrangements were under the direction of the Chafin Funeral Home of Delbarton.