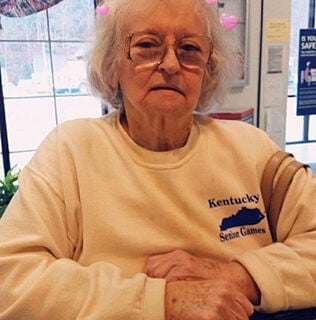 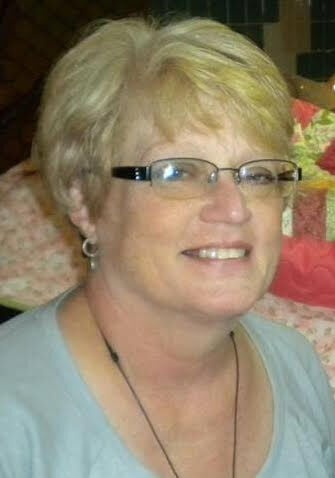 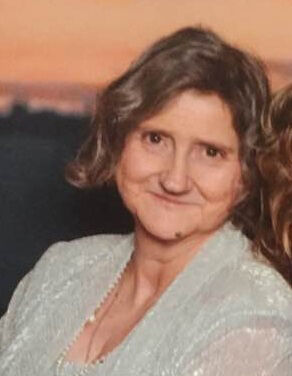 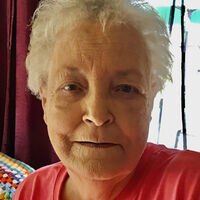 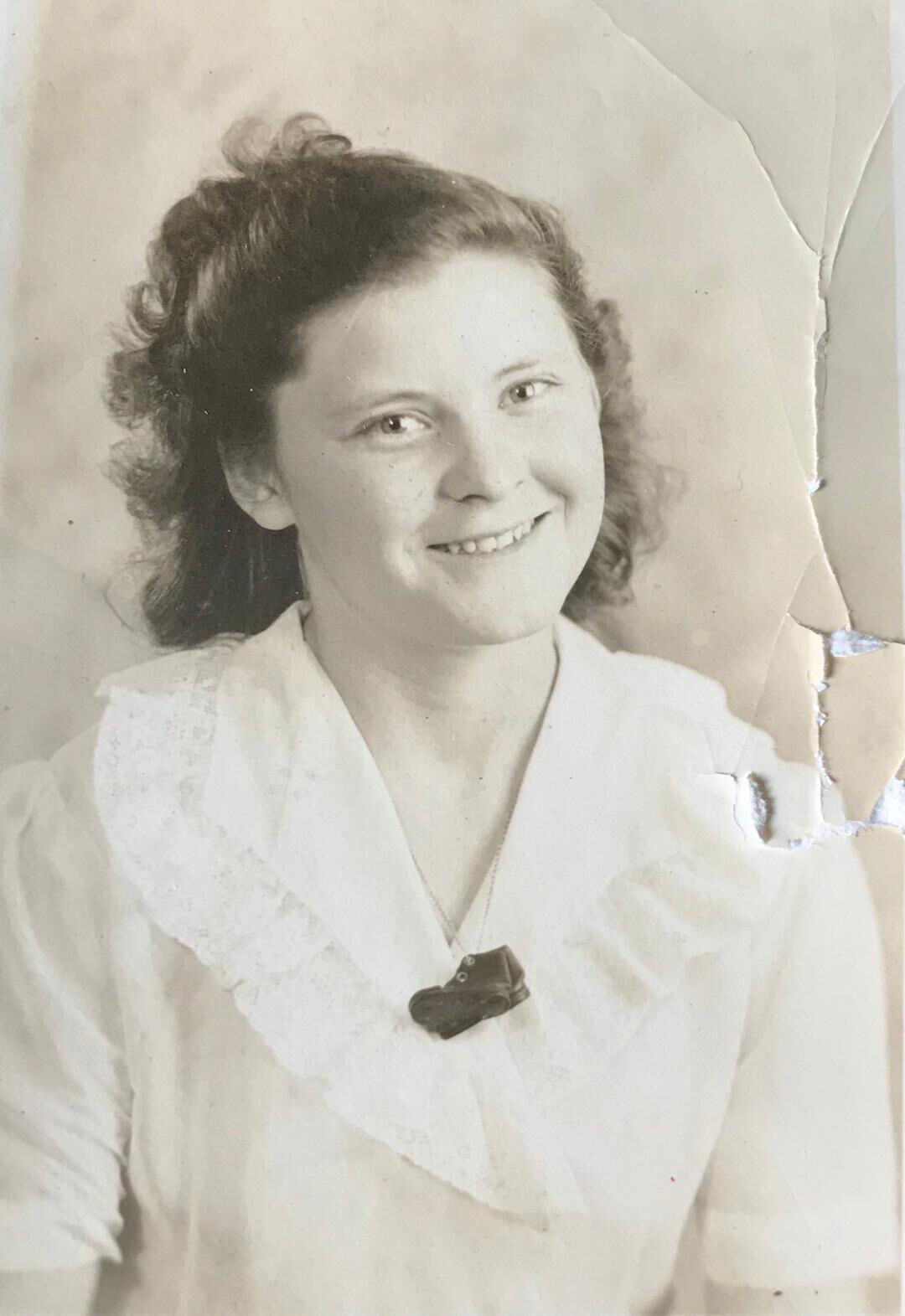 He was born at Gilbert, Aug. 23, 1951, the son of the late Mason and Maude Browning Christian.

He was a coal miner.

In addition to his parents, he was preceded in death by his brother, James Christian; his sisters, Truby Justice and Thelma Christian; and his wife, Deborah Daniels Christian.

He is survived by his daughters, Anita Christian, of Belfry, Ky., and Brandy Hight, of Williamson; his brothers, Charles Christian, of Gilbert, and Troy Christian, of North Carolina; five grandchildren; and a host of other dear family and friends.

In honoring his wishes, cremation will take place and no services will be held at this time. Arrangements are under the direction of the Chafin Funeral Home of Delbarton.

She was born at South Williamson, Ky., May 14, 1953, the daughter of the late William “Bill” and Euna Kayser Varney.

She was a precious mother and grandmother. She loved her grandchildren unconditionally. She enjoyed playing bingo, cards (Spades) and spending time with her family.

In addition to her parents, she was preceded in death by her brother, James Dewey Varney; her sister, Evelyn Estep; her grandson, Jalen Davis; and her special nephew, Rickey Vanhoose.

She is survived by her husband of 50 years, Gary Wade Davis Sr.; her son, Gary Davis Jr. (Crystal), of Turkey Creek, Ky.; her daughters, Brenda Davis, of Gretna, Va., Rita Noe (Rocky), of Delbarton, Susan Fish (Noah), of McAndrews, Ky., and Sharon Johnson (Nicholas), of Delbarton; her brothers, John Varney (Brookie), of Jackson, Ohio, William Varney (Virgie), of McAndrews, Ky., and Jeff Varney (Sheena), of Varney; her sisters, Juanita Hunt (Till), of Delbarton, Leigh Vanhoose (Ruben), of Chattaroy, and Nancy Varney (Randall Cisco), of Varney; her brother-in-law, Robert Estep, of Beech Creek; her special grandson who lived with her, Justin Davis; nine grandchildren; and one great-grandchild.

Donna Dillon, 66, a longtime resident of Gilbert, passed to her Heavenly Father, unexpectedly, Sunday, July 5, 2020, at her residence.

She was preceded in death by her father and mother, L.D. and Ruby Todd.

She had the amazing gift of bringing beauty to everything she touched. She was the president of the Gilbert Honeysuckle Garden Club and a Master West Virginia Gardener. She loved spending time with her water aerobics group, she was Chairman of the Gilbert Regional Partners in Development and a faithful member of the Williamson Methodist Church.

Funeral services were held at 8 p.m., Thursday, July 9, 2020, at the Harless Community Center with Rev. Jerry Shields officiating. In honoring her wishes, cremation followed funeral services. Arrangements were under the direction of Mounts Funeral Home, Inc., of Gilbert.

She was a shining example of someone who left the world a better place than she found it.

In addition to her mother, she was preceded in death by her husband, Dallas Estepp;

As the old song goes, “I’ll fly away, oh glory, I’ll fly away. When I die, hallelujah by and by, I’ll fly away!” On Thursday morning, after only being home from the hospital a few hours, Sue indeed flew away. Her heart’s desire was to be home one more time and the good Lord honored her request to see home. “Just a few more weary days and then I’ll fly away!” She had grown weary on her journey, but knew a brighter day was in sight. Shortly after her ride to her earthly home, she indeed traded her weary miles for a heavenly flight. Sue loved to shop; as stated by her family, she would “shop until she dropped!” Her many interests included gardening, reading when health allowed and the challenge of a crossword puzzle from time to time. Of her many adventures, her greatest venture was being with her family. She loved her family and cherished each moment she was blessed to be surrounded by those she loved.

In addition to her mother, she was preceded in death by her husband, Dallas Estepp; two sons, James David Estepp and Timothy Edward Estepp; two brothers, Melvin Ray Hayton and Brian Keith Hayton; and one sister, Willie June Edwards.

She is survived by her daughters, Angela Estepp and Sean Timmons, of North Matewan, and Tammy Gooslin (Brian), of McCarr, Ky.; her son, David Eric Estepp, of North Matewan; her grandchildren, Kayla Gooslin, Ryan Gooslin, Cody Estepp and Kerigan Estepp; her great-grandchild, Bailey Gooslin; her sister, Ruby Ball, of Turkey Creek, Ky.; her brother, Ralph “RL” Hayton Jr., of Varney; and a host of loved ones, family and friends.

She will be missed by all who knew and loved her.

She was born at Hatfield, Dec. 5, 1937, the daughter of the late Arvil Ray Sr. and Augusta Scalf Ray.

She was a homemaker and a member of the Sprigg Freewill Baptist Church.

In addition to her parents, she was preceded in death by her husband, Robert E. Fields; two sons, Donald and Ronald Fields; and four sisters and one brother.

She is survived by her children, Tivis Fields (Robyn), of McCarr, Ky., Mona Norman (Ricky), of Clay City, Ky., Becky Dupree (Ronnie), of Naples, Fla., Tammy Hayes, of the home, and Jeanette Miller, of South Carolina; her brothers, Arvil Ray Jr. (Betty), Doris Ray (Pam), both of Matewan, and J. K. Ray, of Varney, Ky.; her grandchildren, Deanna Gooslin (Thomas), of McCarr, Ky., Chelsea Fields, of Lexington, Ky., Megan Norman and Shawn Norman, both of Clay City, Ky., and Dougie Dupree, of Naples, Fla.; her great-grandchildren, Andrew Gooslin (Melanie) and Dustin Gooslin and Philip Gooslin, both of McCarr, Ky.; a special great-great-granddaughter, Penelope Gooslin, of McCarr, Ky.; and a host of other loving family and friends.

Funeral services will be held at 2 p.m., Friday, July 17, 2020, at the R.E. Rogers Funeral Home Chapel, Belfry, Ky., with Bill Mosley officiating. Burial will follow at the Mountain View Memory Gardens, Huddy, Ky., with friends and family serving as pallbearers.

Visitation will begin after 11 a.m. on Friday at the funeral home. Arrangements are under the direction of the R.E. Rogers Funeral Home of Belfry, Kentucky.

She was born at Williamson, Feb. 14, 1925, one of twelve children to the late Kenneth and Jenny Varney Stollings.

She was a loving mother, a good friend and a wonderful person. She was great at giving advice and always quick to be there for her family. She will be greatly missed by everyone whose lives she touched.

In addition to her parents, she was preceded in death by several brothers and sisters.

She is survived by her two sons, Kenneth Hall and Mark Hall and their wives, Joyce and Linda, of Pinellas County, Fla.; her granddaughter, Amber Haimes; her two great-granddaughters, Coral Ray and CaySea Pearl; her sister, Joann Smith, of Williamson; and a host of other family and friends.

The guestbook may be signed at  www.hatfieldsfc.com.

He was born in Pike County, July 10, 1948, the son of the late Tolbert and Elizabeth “Guff” Taylor McCoy.

He was a former contractor and a veteran of the United States Army.

In addition to his parents, he was preceded in death by three brothers, Neal McCoy, James McCoy and Michael McCoy.

In honoring Harold’s wishes, cremation has taken place. No services are scheduled at this time. Arrangements are under the direction of the Hatfield Funeral Chapel of Toler, Kentucky.