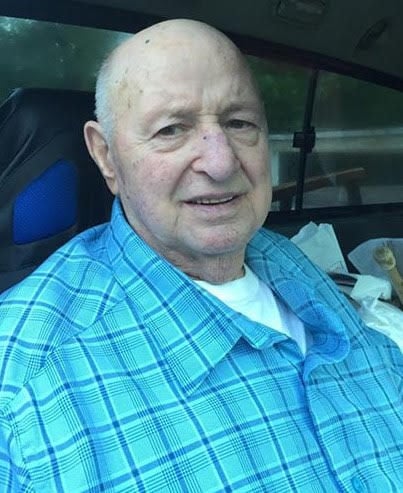 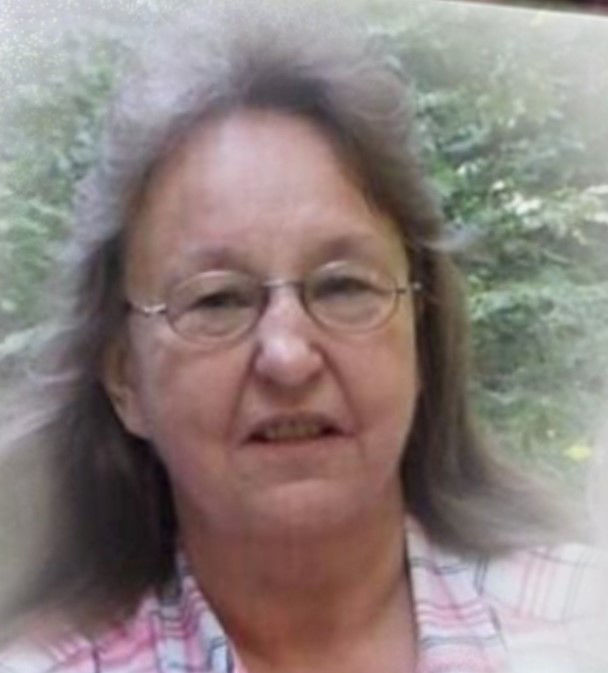 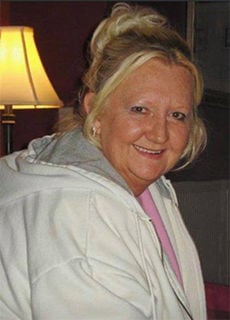 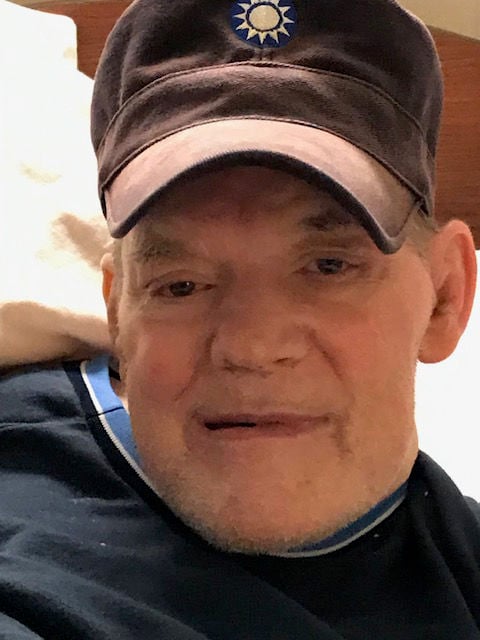 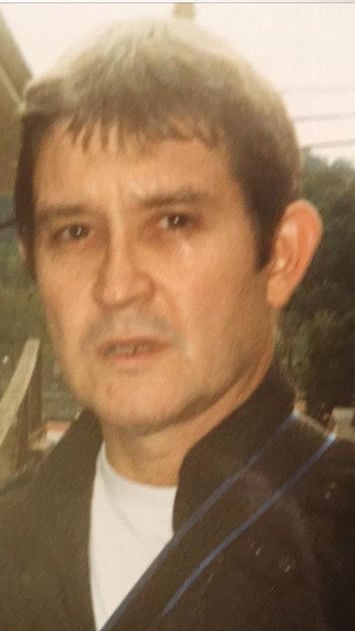 Billy Ray Chafins, 72, of Louisa, Ky., formerly of Columbus, Ohio, but grew up at Slaters Branch, Ky., left this life on earth to be reunited in Heaven with many of his loved ones, Thursday, July 2, 2020, under the care of the Community Hospice Care Center, Ashland, Kentucky.

He was born in Mingo County, Jan. 11, 1948, the son of the late Ray Chafins and the late Edna Lee Marcum Chafins, of Williamson.

He was a former factory worker and a Christian.

In addition to his parents, he was also preceded in death by two infant sisters, Edna Elizabeth Chafins and Helen Ruth Chafins; and his wife, Loretta Chafins.

He is survived by one brother, Rodney Chafins (Janet), of Louisa, Ky.; three sisters, Verlie Hitchcock, of Williamson, Ruth May (Ed), of Turkey Creek, Ky., and Ethel Duty (Rick Hosley), of Williamson; his ex-wife and lifetime friend since childhood, Sandy Fouch Adkins, of Huddy, Ky.; two grandsons whom he raised as his own, Shawn and Brandon Champavannarath, both of Columbus, Ohio; a step-daughter, Tonya Collins, of Knoxville, Tenn.; and a host of nieces, nephews and friends.

He will be greatly missed by all who knew him.

In lieu of flowers, the family asks that you do a good deed in Bill’s memory.

She was born at Devon, Dec. 6, 1940, the daughter of the late Michael Prater and the late William and Lula Dotson Blankenship.

She was born at Freeburn, Ky., Dec. 31, 1947, a daughter of the late Harvey and Minnie (Coleman) McClanahan

She was a beloved mother and grandmother. The concern of her household was her priority. She gleaned with joy when she was surrounded by all that she loved. She took great pride in her appearance and always maintained herself so that she represented her family well. From horses to shopping to a leisurely walk, she enjoyed being out and about. She was of the Apostolic Faith and was devoted in her church attendance. She truly put her trust in the Lord and laid her treasures up in heaven for that was indeed her heart’s desire.

Honoring services will be held at 12 p.m., Friday, July 10, 2020, at the Church of God in Jesus Name of Phelps, Ky., with Pastor Opie R. Harris, Pastor Chris Holiday and Pastor Hobert McCoy officiating. Burial will follow at the Billy Dotson Cemetery, Phelps, Ky., with her sons and other family and friends serving as pallbearers. Arrangements are under the direction of Chambers Funeral Services, Inc., of Matewan, West Virginia.

Due to the COVID-19 pandemic and the recent spike in cases, please adhere to all social distancing recommendations. Also, if you have a compromised immune system or are feeling ill, and do not feel comfortable in attending, the family understands completely and appreciates the caution and consideration. Those that are unable to attend due to health reasons and or concerns you are welcome to visit www.chambersfuneralservices.com and sign the online guestbook.

She was born at Dayton, Ohio, July 24, 1952, to the late Billy Eugene Weatherford and Eleanor Williams Weatherford.

She was a supervisor for Lee’s Curtains, a member of the V.F.W. and of the Baptist Faith.

In addition to her parents, she was preceded in death by her children, Tommy Ray McIntosh and Mary Marie McIntosh; her grandchild, Aiden Memphis McIntosh; and her brother, Billy Weatherford Jr.

He is survived by his brother, David M. Parsley (Coletta), of Pinsonfork, Ky.; his sister-in-law, Debbie Parsley, of Lenore; several nieces and nephews; and a host of other loving family members and friends.

Funeral services will be held at 11 a.m., Saturday, July 11, 2020, at the R.E. Rogers Funeral Home Chapel with Dennis Wolford officiating. Burial will follow at the Chafin Cemetery, Parsley Bottom, Lenore, with James's family and friends serving as pallbearers.

Visitation will be held prior to the funeral service from 10 a.m. until 11 a.m. at the funeral home. Arrangements are under the direction of the R.E. Rogers Funeral Home of Belfry, Kentucky.

He was born at Rose Branch, June 6, 1934, the son of the late Naomi Lester Vance and Don Stafford.

He was married to the late Calos Stafford for 53 years. He was a loving husband, father, grandfather and great-grandfather.

He was a welder, member of the AFLCIO, lifelong trophy fisherman and an avid animal lover. He enjoyed worshiping his Savior at the Wharncliffe Church of God.

In addition to his parents and his loving wife, he was preceded in death by his son, Darrell Michael Stafford; his grandson, Bryson Riffe; his three sisters, Belva Hawkins, Dena Hurley and India Lee; and his loving sister-in-law, Ida Cline.

He is survived by his four daughters, Cathy Gravely (Jeff), of Sebastian, Fla., Judy Bragg (David), of La Grange, Ky., Crystal Maynard (Rick), of Hanover, and Savannah Stafford (Michelle), of Elkhorn; his six grandchildren, Joseph Riffe, of Lawrenceburg, Ky., Bryan Riffe, of Coal Mountain, Betsy Bailey, of Martinsville, Va., Joshua Jackson and Jeremy Jackson, both of La Grange, Ky., and Jessie Walker, of Tennessee; his eight great-grandchildren; his special nieces whom he loved like daughters, Jonie Goodman and Jewell Lively, both of Hanover; his brother-in-law, Clifford Cline, of Wharncliffe; and a host of other dear family and friends.

Funeral services were held at 2 p.m., Friday, July 3, 2020, at the Mounts Funeral Home Chapel with Rev. Rick Endicott and James Runyon officiating. Burial followed at the Walker Family Cemetery, Hanover, with family and friends serving as pallbearers. Arrangements were under the direction of Mounts Funeral Home, Inc., of Gilbert.

She was born at Williamson, Nov. 23, 1951, the daughter of the late Arthur and Elsie Scalf Clark.

She was a homemaker. She loved her grandbabies most of all. She also loved to go fishing and doing her hair, make-up and jewelry.

In addition to her parents, she was preceded in death by a son, Mark Anthony Varney; and her siblings, Aretta Workman and Jimmy Clark.

She is survived by her devoted husband, Jack Varney, of Hardy, Ky.; her son, Jackie Varney II (Amanda), of Falls Branch; her siblings, Dave Clark, of Piqua, Ohio, and Wanda Horton (Rex), of Forest Hills, Ky.; her grandchildren, Alyssa Varney, Tyler Varney and Malachi; and many other family and friends.

Funeral services were held at 12 p.m., Wednesday, July 8, 2020, at the R.E. Rogers Funeral Home Chapel, Belfry, Ky., with Roger Mullins officiating. Burial followed at the Mountain View Memory Gardens, Huddy, Ky., with family and friends serving as pallbearers. Arrangements were under the direction of the R.E. Rogers Funeral Home of Belfry, Kentucky.