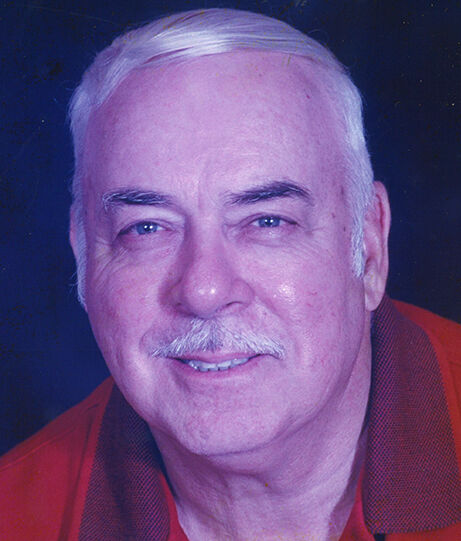 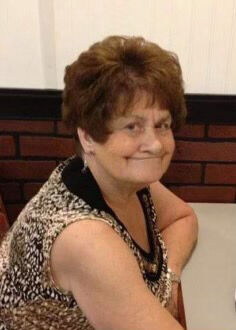 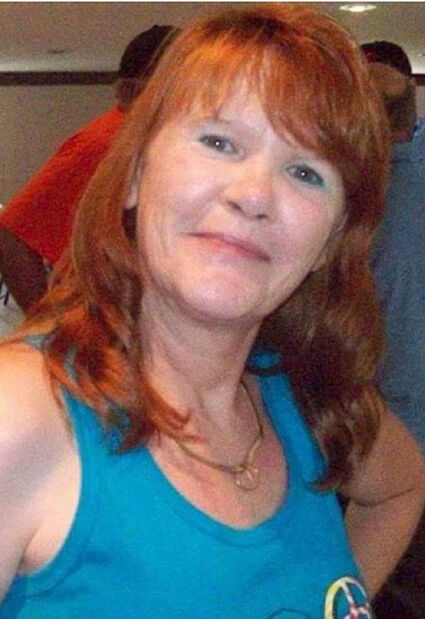 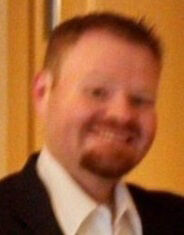 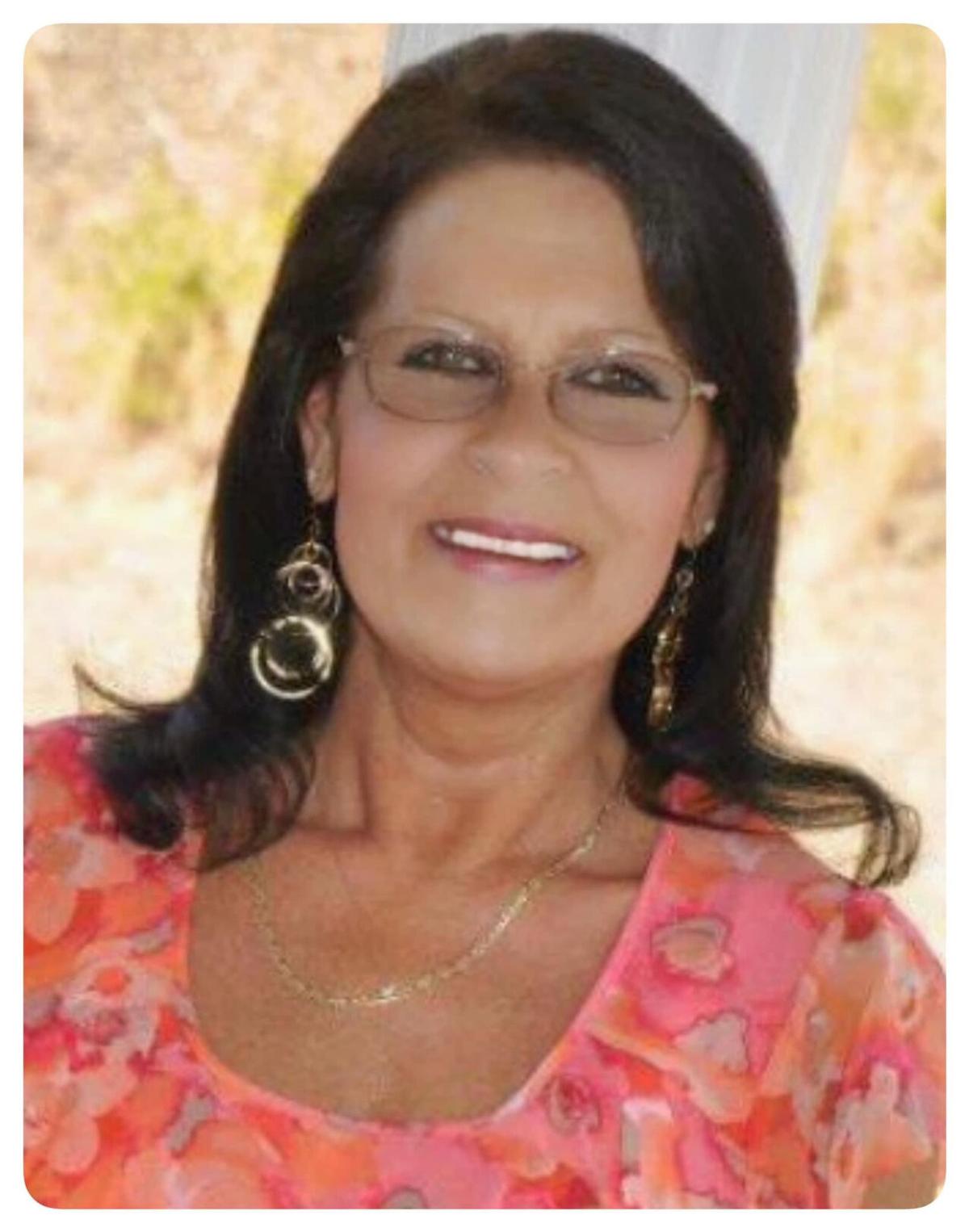 In addition to his parents, he was preceded in death by his son, Richard Brewer; his siblings, Rosa Brewer, John J. Brewer and Franklin Brewer.

He was a landscaper by trade and a member of the Church of God of Jesus Christ Church.

He was a man who loved God and his family and was very talented at playing the banjo. He loved Bluegrass and Gospel music.

He will be missed by all who knew him.

Funeral services were held at 1 p.m., Tuesday, Sept. 21, 2021, at the East Kermit Church of God. Burial followed in the Ward and Brewer Cemetery of Jennies Creek. Arrangements were under the direction of the Mullins Funeral Home of Warfield, Kentucky.

Tammy Marcum Collins, of Ft. Gay, formerly of Nolan, died Saturday, Sept. 18, 2021, at the home of her daughter in Louisa, Kentucky.

Tammy was the mother of Samantha White (Justin), of Louisa, Ky., and Amillia Marcum (Robert), of South Shore, Kentucky. She had two step-children, Jennie Savage, of Arizona, and Randy Trout, of Williamson. Tammy was the proud Nanny of Autumn and Sophia.

Tammy was preceded in death by her husband, Clyde Collins; her mother, Catherine Elkins Marcum; her father, Jay Dee Marcum Sr.; and her brother, Jimmy Marcum.

Tammy is survived by her children and grandchildren who will miss her deeply; three brothers, Jay Marcum (Charlotte), Russel Marcum (Carolyn) and Julius Marcum; two sisters, Kathy Parker and Terry Marcum; and a host of nieces and nephews.

Tammy dedicated a good portion of her life to being a volunteer firefighter and EMT. She lived her life to help others. May her soul find comfort in the arms of the Lord.

Visitation was held from 10 a.m. until 11 a.m., Wednesday, Sept. 22, 2021, at the Collins Cemetery on Dan’s Branch, Williamson, with Jay Marcum officiating. Burial followed the service. Arrangements were under the direction of the Mullins Family Funeral Home of Warfield, Kentucky.

He was born July 14, 1944, in Naugatuck. He was a graduate of Lenore High School and proudly served his country in the United States Army as an E-4, Specialist. Following his time in the military, he worked for Appalachian Electric Power for 35 years before retiring in January of 2000. He married the love of his life, Katheryn (Sally) Davis on May 26, 1962. He was a member of Ajax Church of Our Lord Jesus Christ in Lenore. He loved the Lord and was steadfast in his faith.

He was preceded in death by his parents, Marion Sr. and America (Merkie) Davis; his brothers, Willard Davis and Andrew Davis; and his daughters, Penny Elaine Maynard and Donna Lynn Mounts.

He was preceded in death by his parents; his brothers, Woodrow and Euell Dillon; his sister-in-law, Wanda Dillon; his nephew, James Robinson; and his nieces, Serena Robinson, Jennifer Ellis and Pauline Dillon.

He is survived by his brothers, William Dillon, Ervin Dillon and Lonnie Dillon (Bessie); his sisters, Geneva Robinson (Jesse) and Edith Ellis (Royce); and his sisters-in-law, Edwina and Margie Dillon. Gerald is also survived by his significant other, Patty Collins. He leaves behind a host of nieces, nephews, family and friends.

Gerald was a simple man who will be missed by all who knew him.

Visitation was held from 11 a.m. until 12 p.m., Tuesday, Sept. 21, 2021, with prayer service beginning at 12 p.m., at the Marcum Cemetery of Marrowbone Ridge of Naugatuck, with Joe Mullins officiating. Burial followed the service. Arrangements were under the direction of the Mullins Family Funeral Home of Warfield, Kentucky.

She was a homemaker. She loved traveling, going to the Delbarton Opry House, watching church, listening to Gospel music on TV and most of all, spending time with her family.

She was preceded in death by her husband, James Edward Jude; her parents, Brian and Nancy Workman; her brothers, Earl and Bill Workman; her step-sons, whom she loved as her own, Roger Jude, Richard Jude and Jimmy Tiller; her grandson, Mark Hall; and her son-in-law, Larry Coleman.

Bruce Lee Stroud, 38, of Sevierville, Tenn., formerly of Williamson, died Wednesday, Sept. 15, 2021. He passed away in the comfort of his home with his family at his bedside. Bruce Lee was born in Williamson, Sept. 19, 1982, the son and only child of Bruce Quinton Stroud and the late Jennifer Trout Stroud.

Bruce Lee married the love of his life, Danielle Watson Stroud, in a lovely outdoor ceremony on July 13, 2013, at the Pikeville Historic Mansion Bed and Breakfast in Pikeville.

In addition to his father and his wife, Bruce Lee is survived by his step-mother, who he lovingly called, “Momma Ronda,” Ronda Stroud; his special aunt and caregiver, Joann Stroud; a step-brother, Tommy Smith, and his wife, Nikki Lequire Smith; a step-sister, Michelle Smith Barker; his step-nieces, Taylor Barker McNeese, and her husband, Michael McNeese, Mikah Smith and Keleigh Smith; his step-nephews, Keaton Smith and Easton Barker; his mother-in-law and father-in-law, Martha and Bill Watson; a sister-in-law, Taria Watson; his caregiver and best friend, Cody, and his wife, Kelsey Whitehead, and their children, Adam, Adalyn and Paizlee Whitehead; his beloved canine companions, Frankie and Duke Stroud; his canine brother-in-law, Ace; and his entire Stroud family and extended Trout family members.

In lieu of flowers, memorial contributions in Bruce Lee’s memory may be gifted to the family.

Arrangements were under the direction of Weaver Mortuary of West Williamson.

Tammy Lynn Newsome Watts, 63, of Harts Creek, died at her residence on Tuesday, Sept. 21, 2021, while surrounded by her family.

She was born in Williamson, Feb. 2, 1958, the daughter of the late Hershel Newsome and Wilma Newsome.

In addition to her parents, she was preceded in death by two brothers, Jeffrey Newsome and Gary Newsome; and a sister-in-law, Myra Newsome.

Tammy was a 1976 graduate of Lenore High School and she was a beloved member of the staff at Lenore K-8 school for many years. Tammy loved her school family and she thoroughly enjoyed being with the school staff and the students.

Tammy recently made a profession of faith in Christ and was baptized.

Her memory will be treasured always.