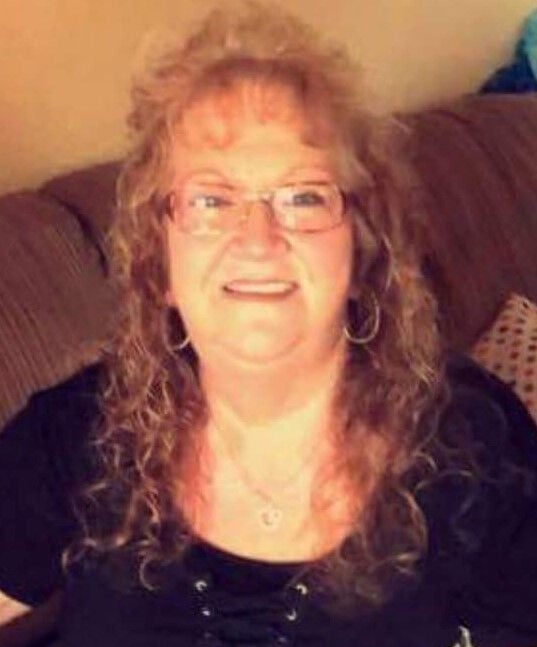 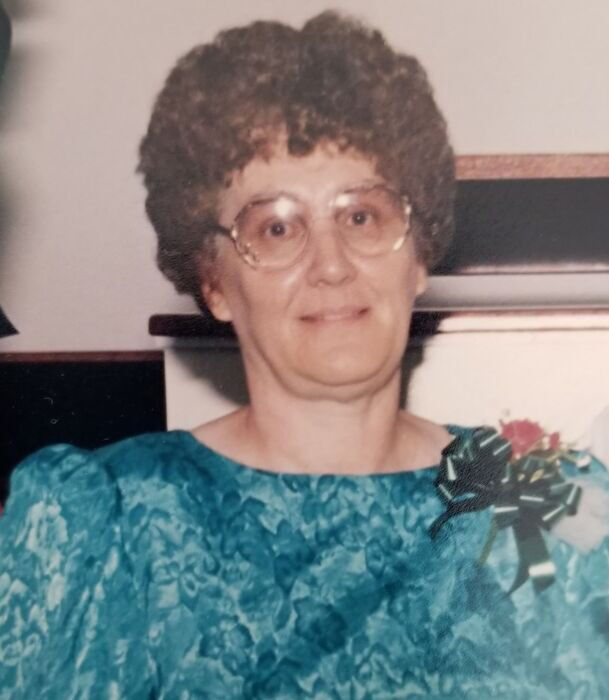 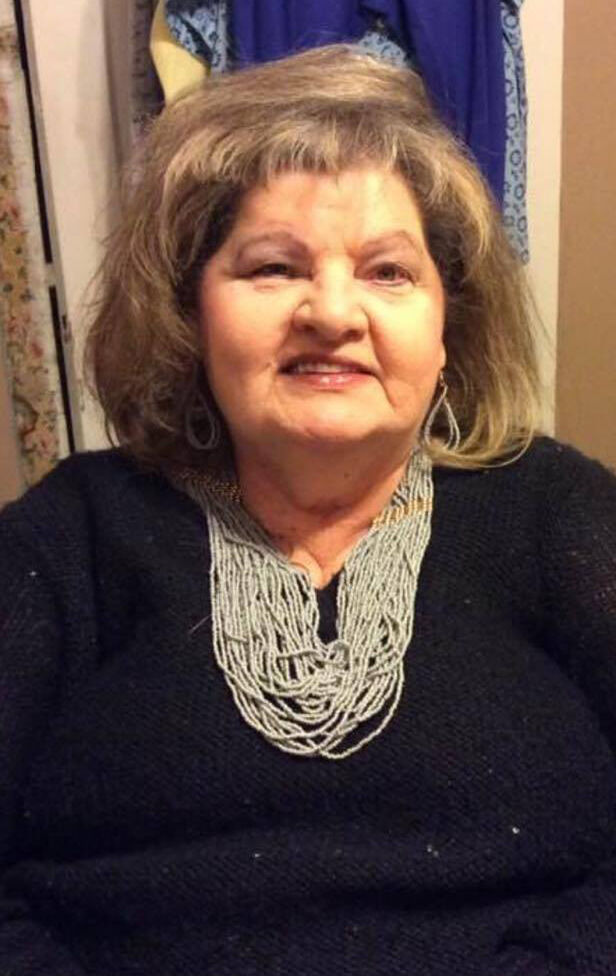 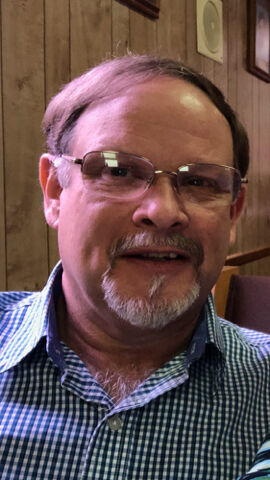 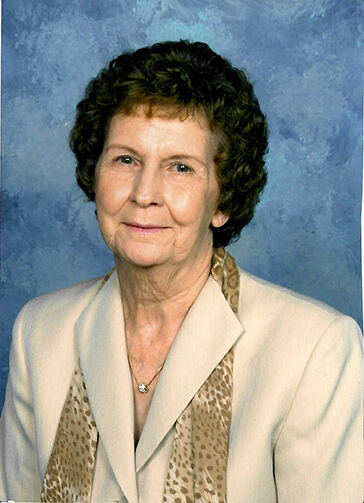 He was born at South Williamson, Ky., April 26, 1958, the son of the late Watson Sr. and Joyce Smith Canterbury.

He was a retired coal miner from Marrowbone Development Company. He also retired from N & S Railroad. He attended the America United Baptist Church of Delbarton.  He loved to do odd jobs and piddle around the house. He also loved old cars.

He is survived by his wife, Debrah Vernatter Canterbury; his son, Matthew Canterbury, of New York City, N.Y.; his daughter, Amanda Mangum (Tom), of Coral Gables, Fla.; his step-son, Ryan Vernatter (Brandy), and their children, Rylee and Hunter, all of Catlettsburg, Ky.; his brother, Bruce Canterbury, of Lenore; his sisters, Peggy Cisco, of Louisa, Ky., and Alice Tackett (Jeff), of Turkey Creek, Ky., his father and mother-in-law, Leo and Marie Walker, of Elk Creek; his brother-in-law, Gary Vernatter (Susan), of South Point, Ohio; and his special cousins, James and Gary Canterbury of Lenore.

Graveside services were held at 1 p.m., Tuesday, Dec. 8, 2020, at the White Cemetery, Elk Creek, with Rev. G.W. Mounts officiating. Arrangements were under the direction of the Chafin Funeral Home of Delbarton.

Waville (Baisden) Dempsey, 87, a lifelong resident of the Lenore area, died Tuesday, Dec. 8, 2020.  She passed away peacefully, in the comfort of her home, with her family by her side.

She epitomized the roles of a devoted wife, loving mother, doting grandmother and great-grandmother, homemaker, teacher and having steadfast Christian faith.

She married her beloved husband, Fred Dempsey, on June 29, 1950. They were together for 69 years until being separated by his death on June 6, 2019. Together, they raised their three children with an abundance of love, instilling in each of them a devotion to God, the value of family and dedication to life’s work.

She earned her degree in education from Marshall College, what is today Marshall University, and later obtained her Master’s. She would become a well-respected educator, following in the footsteps of her dad, who was a former teacher. Upon retirement in 1987,  she had served the children of the Myrtle and Lenore areas for 37 years.

Although physical ailments had recently claimed her mobility, and time cruelly began to rob her of memories, she maintained her sweet and kind nature, as well as her firm faith. Even as her health waned, she spoke of God’s goodness and blessings in her life.

Through death we know she has been granted the fulfillment of the promise given to believers in Christ Jesus. She has now been reunited in eternity with her dear parents, loving husband, Fred; and siblings, Harley “Bull” Baisden, Clayton “Cap” Baisden, Christine “Cricket” Whitt and Greg Baisden.

She is survived by her three loyal and cherished children, along with their spouses, all of whom provided her with abiding love and care: her son, Rick Dempsey (Sandra); daughters, Denne Newsome (Thomas) and Joey Dempsey, (Paul), all of whom are residents of the Lenore area; her six grandchildren, Tommy Newsome, Russ Dempsey, Tonya Filek, Nikki Hinkle,  Paul David Dempsey and Amanda Dickey; her 15 great-grandchildren, Ryder, Teague, Titus, Beatrice and Porter Dempsey, Madelyn and Nate Hinkle, Tyler, Alyssa and Andrea Newsome, Ashton Filek, Cole and Callie Dempsey, and Mason and Calvin Dickey; her sisters, Ivadenne Hatfield, of Williamson, Eunice Ford, of Summit Station, Ohio, and Virginia Parsons, of Barboursville; her brothers, Bill Baisden, of Lenore, and Guy Baisden, of Port Orange, Fla.; and 10 adoring nephews and nieces.

Mrs. Dempsey’s legacy of loving kindness has affected countless lives. Her humble heart extended grace toward others that will live on in the memories of those she impacted throughout her life’s journey.

A private service will be held at Parsley Bottom Free Will Baptist Church. She will be laid to rest at Mountain View Memory Gardens, Maher. Arrangements are under the direction of the Chafin Funeral Home of Delbarton.

While the family is grateful for prayers, they request no floral tributes be offered.

She worked as a custodian at Turkey Creek Grade School for many years and was a member of the Turkey Creek Old Regular Baptist Church. She loved reading her Bible and talking about the Lord to everyone she met.

In addition to her parents, she was preceded in death by her husband, Rufus “R.B.” Francis; and her sister, Betty Jo Goble.

She is survived by her children, Deborah Blevins (Glen), of Inez, Ky., Delores Goff, of Hardy, Ky., and Richard Francis (Tina), of Hurricane; her sister, Nella Joyce Thompson, of Wyoming; her seven grandchildren; her seven great-grandchildren; and a host of other loving family members and friends.

Funeral services were held at 1 p.m., Thursday, Dec. 10, 2020, at the R.E. Rogers Funeral Home Chapel with Old Regular Baptist Ministers officiating. Burial followed at the Family Cemetery, Turkey Creek, Ky., with her family and friends serving as pallbearers. Arrangements were under the direction of the R.E. Rogers Funeral Home of Belfry, Kentucky.

He was a retired coal operator and coal miner and was of the Freewill Baptist faith.

In addition to his father, he was preceded in death by a son, Alan Francis.

A graveside service will be held at 1 p.m., Sunday, Dec. 13, 2020, at the Ooten Cemetery, Trace Creek, with Bro. Earl White officiating. Burial will follow with family and friends serving as pallbearers.

Due to the COVID-19 health situation, all attendees must wear a mask or facial covering and adhere to social distancing guidelines. Arrangements are under the direction of the Hatfield Funeral Chapel of Toler, Kentucky.

In addition to her parents, she was preceded in death by her husband, Raymond Franklin Gibson; her daughter, Linda Blankenship; her grandson, Adam Gibson; her sisters, Violet May, Ima Jean Musick and Dorothy Goodman; her brothers, Donald and Edward Smith, Chester Coleman, Danny, and Ted Goodman; her son-in-law, Junior Blankenship; and daughter-in-law, Donna Gibson.

She attended the House of Prayer at Omar and enjoyed spending time with her family and friends.

She is survived by her daughter, Patricia Belcher (Randy Mayfield), of Man; her sons, Michael Gibson (Donna), of Man, Ricky Goodman (Brenda), of Gilbert, and Brian Gibson (Christy), of Columbus, Ohio; her grandchildren, Brandon Gibson (Christina Rogers), of Gilbert, whom she raised as her own, Tiffany Belcher, Ashley Lester, Joey Goodman, Candy Lusk, James Blankenship, McKenna Gibson and Layla Gibson; her great-grandchildren, Aaliyah Lester, Isaiah Lester, Mackenzie Lester, Adam Gibson, Cory Blankenship and Brooklyn Blankenship; and a host of other relatives and friends.

Funeral services were held at 1 p.m., Thursday, Dec. 10, 2020, at the Mounts Funeral Home Chapel with the Rev. Denny May officiating. Burial followed at the Hatfield Cemetery at Hampden. She was carried to her resting place by her family and friends. Arrangements were under the direction of Mounts Funeral Home, Inc., of Gilbert.

She was born at Lynsey, Nov. 1, 1938, the daughter of the late Delmas and Gladys Starks Murphy.

She was a homemaker and a member of the Williamson Area Church of Christ.

In addition to her parents, she was preceded in death by her husband, Sidney Hardin; and two brothers, Delmas Murphy Jr. and Boyd Murphy.

Billie Jean (Frazier) Parsley, 59, of Kermit, died Wednesday, Dec. 2, 2020, at her residence, surrounded by her family and friends.

She was preceded in death by her brother, Roger Ray Frazier.

She was a homemaker and a member of the Jesus Name Tabernacle Church of Grey Eagle.

She always wore a smile on her face no matter how dark her days were. She showed unconditional love to everyone she met! She impacted so many lives with her loving heart and humble spirit! She served the Lord for 29 years with her heart, soul, mind and strength!! Her faith never wavered no matter how bad things were. She will truly be missed by everyone who knew her.

Funeral services were held at 12 p.m., Friday, Dec. 4, 2020, at the Lighthouse Community Church of East Kermit, with Greg Brown and Stephen Parsley officiating. Burial followed at the Lilian Brewer-Parsley Cemetery of Marrowbone. Arrangements were under the direction of the Mullins Family Funeral Home of Warfield, Kentucky.

He was a wrestling fan and also enjoyed four wheeling. He loved animals, especially his weenie dog, Clutch. He was a jokester! He was a very special son, brother and friend.

In addition to his parents, he is survived by his sisters, Angel Steenbergen (Danny), of Canada, Ky., Amanda Ray (Ronald Fortuna), Shyann Ray and Lovey Ray, all of Matewan; his niece, Victoria Steenbergen; and a host of other dear family and friends.

Honoring services were held at 12 p.m., Monday, Dec. 7, 2020, at the Chambers Funeral Services Chapel, with the recommended capacity of 25 people in attendance, and Pastor Danny Mikales officiating. Burial followed at the Ray Cemetery, Sulfur Creek of Matewan, with family and friends serving as pallbearers. Arrangements were under the direction of Chambers Funeral Services, Inc., of Matewan.

She was a homemaker and lifelong resident of the Delbarton area. She was a long-standing member of the Rockhouse Freewill Baptist Church of Ragland.

She will be sadly missed by her many nieces, nephews, family and friends.

Special thanks to her physicians, healthcare providers and Chafin Funeral Home.

Funeral services were held at 1 p.m., Saturday, Dec. 5, 2020, at the Chafin Funeral Home Chapel with Rev. Kenneth Bailey, Rev. Nathaniel Gibson and Rev. Scott Erwin officiating. Burial followed at the Bailey Cemetery at Lando Mines, with family and friends serving as pallbearers. Arrangements were under the direction of the Chafin Funeral Home of Delbarton.