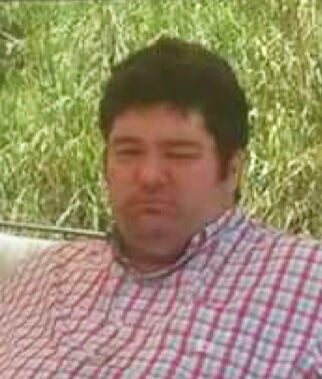 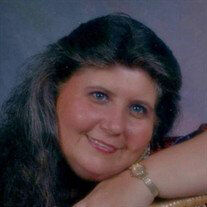 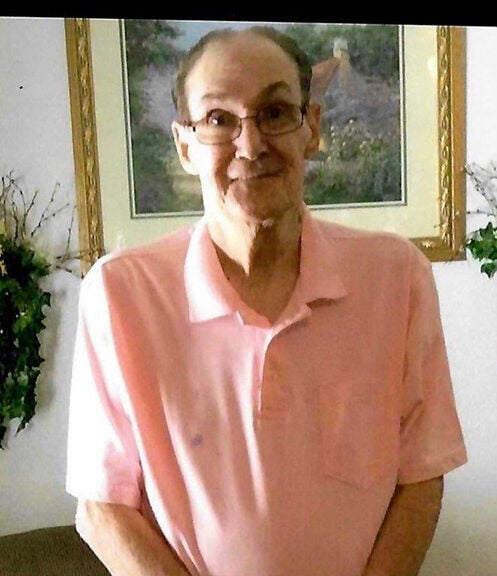 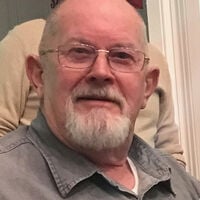 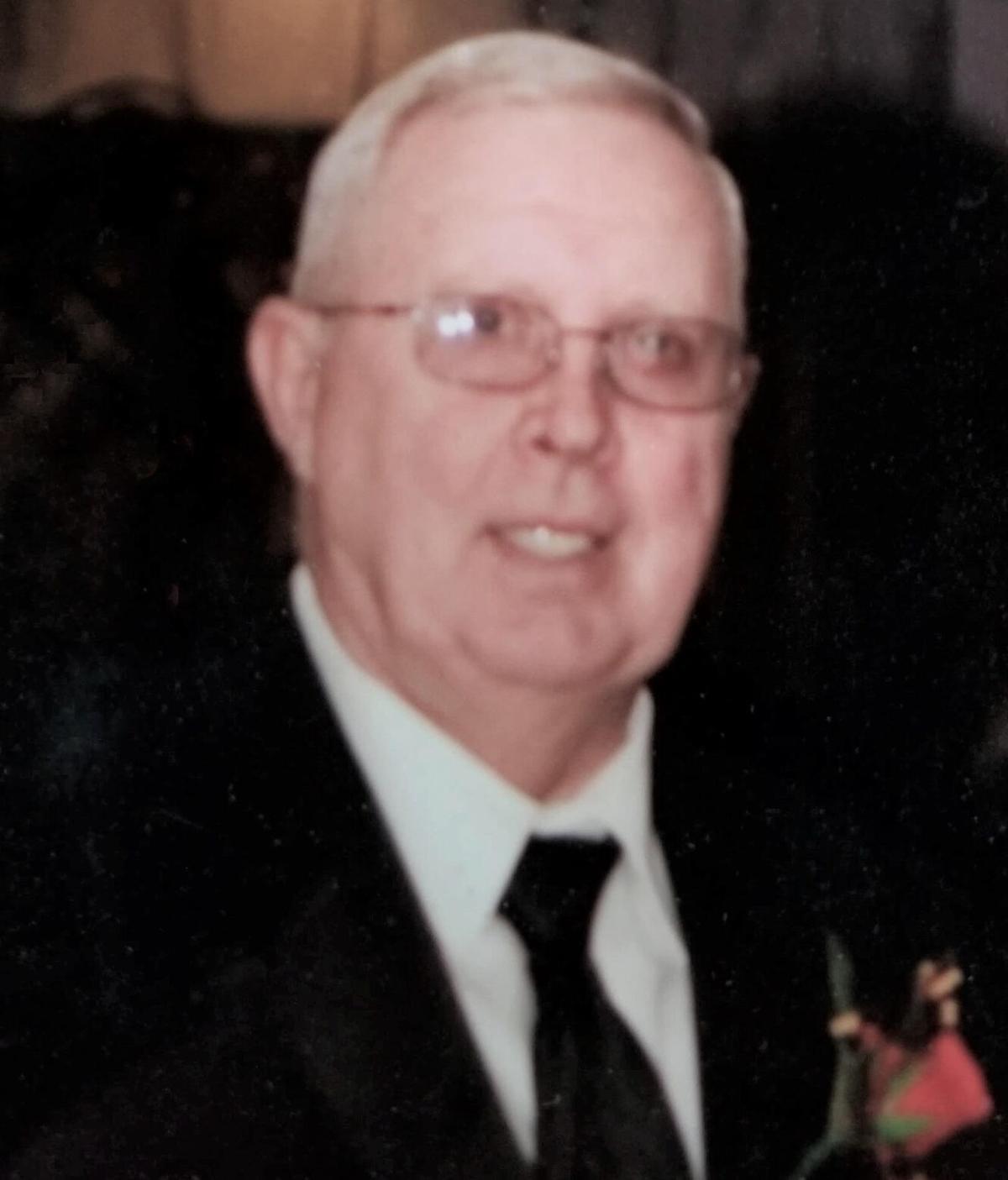 Brenda Marie Ferrell, 71, of Merrimac, died Monday, Sept. 28, 2020, as a result of injuries suffered in an automobile accident.

She was born at Merrimac, Nov. 12, 1948, a daughter of the late Harold Thompson and Faye Agnes Leatherbury Thompson.

In addition to her parents, she was preceded in death by two brothers, Paul Thompson and David Thompson.

She was a lifelong homemaker who devoted her life to raising her children. She was a very active member of the Regional Church of God at Delbarton, where she devoted herself to various ministries. She devoted much of her time to her work with the House of Hope Food Pantry. She could always be counted on to offer her assistance to any area of ministry where she could serve in any capacity. She truly possessed a servant’s heart and was eager to serve and offer a helping hand in any situation. She also volunteered her services at Serenity Point in downtown Williamson.

She freely gave her love, time and attention to her family. She was dearly loved by her entire family and her memory will be treasured always. She will also be remembered for the many beautiful quilts that she lovingly made and gifted to so many children and friends. In her free time, she enjoyed working puzzles, and she was also an avid reader.

He was born at Williamson, July 31, 1945, the son of the late Brice and Annie McNeely Gollihue.

He was a veteran of the United States Air Force. He later became a police officer for the Williamson Police Department and retired after many years of service as a Sergeant.  He was also a member of the Canada Freewill Baptist Church.

He was a beloved husband, father, grandfather and great-grandfather who enjoyed doing for his family. From cooking, to helping his wife, Trish, with craft projects, he was always content when busy doing something for the good of his family. He indeed was family oriented and never failed to appreciate the blessing of those he loved. When he was not involved in preparing food or assisting his wife in being creative, he was active with yard work. He took great pride in maintaining an immaculate lawn. He was a happy person who loved life. Whether he was sitting on the back porch, enjoying his Yorke’s, Max and Zoey, which he adored, or staying active in a project for his family, he considered himself blessed. He was of the Pentecostal Faith and was the owner and operator of V&J Trucking Company for over 25 years. He was also a member of the Hugh C. Boyd Masonic Lodge #119 of Red Jacket.

In addition to his parents, he was preceded in death by his son, Joseph Michael Hatfield.

He is survived by his loving wife of 51 years, Trish Hatfield, of Red Jacket; his daughter, Valerie Hatfield Perkins (Doug), of Meador; his granddaughters, Shayla Justice, Summer Perkins and Kadie Perkins; his great granddaughter, Sophia Justice; and a community of neighbors and friends.

He will be sadly missed by all who knew and loved him.

In keeping with his wishes, a private graveside service will be held. Arrangements are under the direction of Chambers Funeral Services, Inc., of Matewan.

She was born at Goodman Hollow, Sept. 28, 1950, a daughter of the late Ernest (Buck) Johnson and Marilyn Gustie May Johnson.

In addition to her parents, she was preceded in death by her brother, Nicodemus Johnson; her sister, Edna Jean Johnson Gauze; and her husband, Charley H. Jude; two infant children; and four nephews.

At the age of four, she moved with her family to Chattaroy, where she spent her childhood. She was a 1968 graduate of Williamson High School and a 1970 graduate of the Mingo County School of Practical Nursing. She was also a student of International Seminary at Apopka, Fla., from which she received three diplomas.

From 1970-1974, she worked as an LPN at Appalachian Regional Hospital, South Williamson, Kentucky. While her husband was in the military, she continued her nursing career at Fort Monmouth, N.J., at Monmouth Convalescent Center and Red Bank Medical Center and at Landstuhl Army Medical Center, Kaiserslautern, Germany.  Upon the completion of her husband’s military duty in 1980, the couple returned home and June was re-hired by ARH and worked there in various capacities over the next 27 years.

She is survived by her nieces, Teresa McCoy, of Roanoke, Va., Donna Estepp (Steve), of Beech Creek, Patricia Varney (Alvis), of Greenville, Tenn., Melissa Kirk (Luther), of Charleston, and Violet Marie Estepp Gauze, of Williamson; her nephews, Mark Johnson (Christina), of Groveport, Ohio,  Jack Johnson (Jennifer), of Columbus, Ohio, and James Gauze (Tammy), of Proctorville, Ohio; a host of great-nieces and great-nephews; and a multitude of church family and friends, whom she loved and who loved her dearly and will miss her.

A Celebration of Life service was held at 1 p.m., Tuesday, Sept. 29, 2020, at the Regional Church of God, Delbarton, with Rev. Mitchell Bias, Rev. Rick Hisle and Rev. Earl White officiating. Burial followed immediately afterward at Coeburn Point Cemetery, Huddy, Ky., with nephews and men of the church serving as pallbearers. Arrangements were under the direction of the Chafin Funeral Home of Delbarton.

In addition to his parents, he was welcomed into Heaven by the love of his life of 48 years, Bonnie Lester; his sisters, Olena McNew and Roxie Trent; his brother, Clyde Lester; and one unborn grandchild.

He attained the rank of Sergeant in the United States Army where he was stationed in Korea. He and Bonnie owned and operated several businesses together throughout their marriage including, Gilbert Arcade and M & J Auto Parts. He enjoyed driving his own race car #43 in dirt track racing so much so that together they constructed the first local dirt track, Hatfield-McCoy Speedway. He enjoyed bowling and competed in tournaments throughout the state. His mom taught him to play dominoes and he continued the love of the game throughout the years with his sisters. He taught Sophie how to draw, while Sophie taught Papaw how to look up tutorials about drawing on YouTube. Ella Grace taught Papaw how to jump really high and play peek-a-boo like a pro. He always had a positive outlook and the best sense of humor, which he passed onto Todd and Missy. His jokes about Bonnie’s cooking continue to make us laugh and will never be forgotten.

Funeral services were held at 1 p.m., Monday, Spet. 28, 2020, at the Mounts Funeral Home Chapel with Rev. Walter Grimmett and Jackie Grimmett officiating. Military rites were provided by Belfry D.A.V., Chapter # 141, following the funeral service. Burial followed at Justice Memorial Gardens, Justice, with family and friends serving as pallbearers. Arrangements were under the direction of the Mounts Funeral Home of Gilbert.

Special thanks to our family and friends for their prayers and support and Dignity Hospice for their services.

His smile, awesome sense of humor and love will be cherished forever.

He was a coal miner and a member of the Matewan UMWA Local #1440. He enjoyed the simplicities of life. He was an outdoorsman and enjoyed hunting and just being outside. Whether he was cutting grass or hiking in the woods, he appreciated being surrounded by nature. He took great pride in overseeing and in making sure the Harris Cemetery was well maintained. He was plain spoken, said what he meant and meant what he said, but he would do what he could to help any of his family, friends or neighbors.

In addition to his parents, he was preceded in death by two sons, David Allen May and Wilson Lee May; four brothers, Clarence May, Roger May, Terry May and John Harvey May; and three sisters, Mary Stapleton, Helen Murphy and Sue Wallen.

He is survived by his wife of 54 years, Shirley May, of Thacker; one daughter, Pamela Slone (Timothy), of Thacker; one brother, Dean May (the late Janie), of Thacker Bottom; two sisters, Sherri Spencer (Dewey) and Ella Louise May, both of Thacker; two grandchildren, Rachel Ann Staggs, of North Matewan, and Timothy David Slone, of Beech Creek; one great-granddaughter, Ryleigh Mae Redling; several nieces and nephews; a host of beloved family members; and a community of friends.

He was born at Williamson, Nov. 8, 1976, a son of Pete Stratton of New Camp Road, South Williamson, Ky., and Susan Adair, of Delbarton.

He was a graduate of Burch High School. He was a very friendly person and he loved people. He enjoyed seeing his family and friends whenever possible, and he especially enjoyed and looked forward to Christmas, his favorite holiday.

He was a kind, gentle and loving individual. He was dearly loved by his family and the many friends he had made throughout his life. He will be sorely missed and lovingly remembered by everyone who knew him.

He is survived and deeply missed by his father and step-mother, Pete and Catherine Stratton, of New Camp Road, South Williamson, Ky.; his mother, Susan Adair, of Delbarton; his brother, Pete Newsome, of South Williamson, Ky.; his paternal uncle and aunts, Dave Stratton and Donald Stratton, both of Delbarton, Carolyn “Cookie” Keatley, of Turkey Creek, Ky., and Judy Justice, of Varney; his maternal aunts and uncle, Jean Adair and Faye Adair, both of Delbarton, and Thurman Adair, of Columbus, Ohio. He is also survived by several cousins.

Visitation will begin at 6 p.m., Saturday, Oct. 3, 2020, at Weaver Mortuary in West Williamson. A memorial service will be conducted at 7 p.m. with Reverend Gary Dove officiating.

In keeping with Covid-19 restrictions, masks are required to enter the mortuary and social distancing must be practiced.