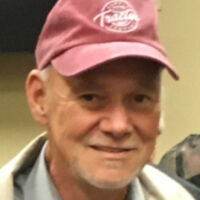 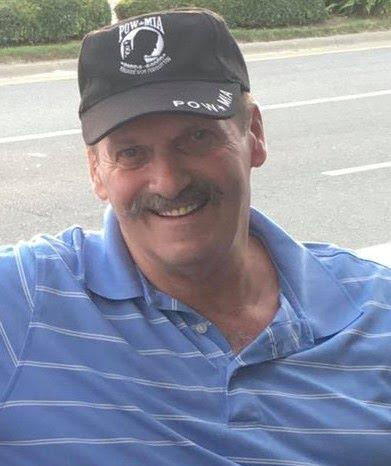 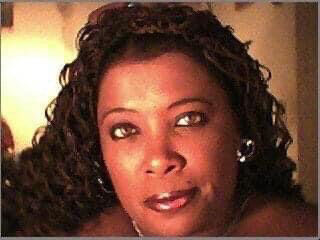 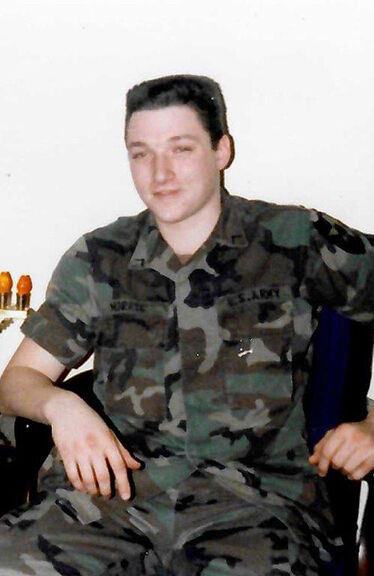 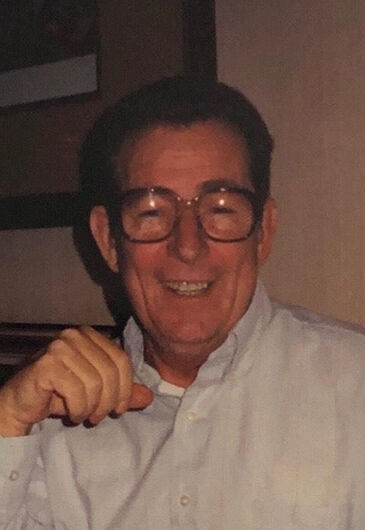 He worked in the construction industry until he went to serve his country in the Vietnam War. He served two tours with the United States Army during which he earned a Bronze Star.

Following Vietnam, he returned home and was looking for work when a friend from the service helped him secure a job constructing R.D. Bailey Dam near Gilbert.  After relocating to West Virginia, he met and married the love of his life, Deborah Blevins. He retired from the mining industry from Hobet after 41 years as a coal miner.

He was a devoted husband, son and brother and the proudest grandfather in the world. He is survived by his wife of 39 years, Deborah Blevins Baker, of Horsepen; his daughter, Necole Lester (Jay), of Gilbert; his grandsons, Cameron Jay Lester, Kaden Brodie Lester and Jayce Tyler Lester, all of Gilbert; his sisters, Jacklyn Baker Swett, of Barton, Vt., and June Baker Cleveland, of Albernany, Vt.; his brother, Joseph Chartier, of Vermont; his father-in-law, Curtis W. Blevins, of Wharncliffe; Chet Mudd, of Charleston, who was like a son to him; Christine Hatfield Workman, of Chapmanville, Kathryn Shape (Frank), of Charlotte N.Car., and Louise Lieberum (Bob), of Portland Me., who were like daughters to him; and a host of other dear relatives and friends.

He was a retired electrician having worked at various jobs throughout his career. He  was of the Baptist faith. He was well loved by everyone and was affectionately known as “The Flag Man” as he enjoyed his retirement by selling a wide array of United States and United States military themed flags to show his support and solidarity for the United States Military and veterans.

In addition to his  parents, he was preceded in death by his previous wife, Shirley Dotson; seven brothers; and five sisters.

He is survived by his wife, Mary M. Dotson, of Matewan; his daughters, Nona Slocum and Tammy Johnston; his sons, James Dotson and Tommy Elkins; his sister, Arnetta “Nettie” Hane (Nelson); his brothers, Billy Ray Dotson and Larry D. Dotson (companion, Carla Riser); five grandchildren; a host of nieces and nephews; and a community of neighbors and friends.

He was born at Williamson, Aug. 23, 1952, a son of the late George Leonard and Vivian (Hatfield) Gillespie.

He was a retired coal miner having worked for the former Chisholm Coal Company of Phelps, Ky., as an electrician with nearly 30 years as a coal miner. He made his confession of faith at the Christ Temple Church, Williamson, where he was a faithful member and performed without question any task that was asked of him. On Feb. 2, 2020, he became an ordained deacon. He was a family man who loved his family and savored every moment he had with those he cherished. He was a man of many talents from carpentry to gardening. He was proficient in whatever he set his mind to do. He was an avid golfer and was also meticulous about his lawn. He took great pride in the upkeep of his property. He loved his neighbors and the community in which he lived.

He will indeed be missed by all who knew him.

Honoring services were held at 1 p.m., Tuesday, Oct. 20, 2020, at the Christ Temple Church of Williamson with District Elder Thomas E. Moore officiating. Burial followed at the Kenny Gillespie Memorial Cemetery, North Matewan, with family and friends serving as pallbearers. Arrangements were under the direction of Chambers Funeral Services, Inc., of Matewan.

She was born at Williamson, Nov. 1, 1972, the daughter of Wanda Culumns Joplin, of Red Jacket, and the late James Irving “Butch” Joplin Sr.

She was a graduate of Matewan High School and West Virginia State University where she received a degree in criminal justice. Following graduation, she worked as a corrections officer at the Southwestern Regional Jail. She also worked in daycare and as a DJ.

In addition to her mother, she is survived by her brothers, Kelvin Spotts and James I. Joplin Jr.; her sisters, Tara Wilder and Deidre Jackson (Darren); her nieces and nephews, Jazzmonique Spotts, Helena Spotts, Derrick Little, Cherokee Dickerson, Tyshira Joplin, Tiara Wilder, Madison Sergent, Aashana Joplin Jackson, Kaden Smith, Keziah Joplin, Keathan Joplin Jackson, Jreson Joplin and Keagan Scales; a host of aunts, uncles, cousins and many others whom she “adopted” as her own nieces and nephews; and numerous friends.

Homegoing services will be held at 12 p.m., Saturday, Oct. 24, 2020, at the Christ Temple Church, Williamson, with Pastor Ronald Joplin and Elder Thomas Moore officiating.  Burial will follow at the Mt. View Memory Gardens, Maher, with family and friends serving as pallbearers.

The family will receive friends from 6 p.m. until 8 p.m. on Friday evening at the church.

In accordance with current state mandates concerning COVID-19, a mask or other facial covering is recommended and social distancing guidelines are encouraged. Arrangements are under the direction of the Hatfield Funeral Chapel of Toler, Kentucky.

He was a disabled veteran having served in the United States Army for six years. He was proud of his service to his country. He enjoyed playing his guitar, riding his Harley motorcycle and telling jokes.

He will forever be in the hearts of those who loved him.

In addition to his parents, he was preceded in death by his step-father, Joseph Robert Davis.

He is survived by his son, Danny Morris (Kendra), of Varney; his brothers, Ronnie Morris (Courtney), of Belfry, Ky., and Chuch Davis (Mary), of Kermit; and his sisters, Tammy Hall (Randy), of Maher, and Stephanie Haugan, of Borderland. He dearly loved his granddaughter, Zoey Morris. He also has a grandson on the way.

Graveside services were held at 12 p.m., Wednesday, Oct. 21, 2020, at the Mountain View Memory Gardens, Maher, with Rev. Brian Wellman officiating. Arrangements were under the direction of the Chafin Funeral Home of Delbarton.

Graveside services were held at 1 p.m., Thursday, Oct. 22, 2020, at the Mt. View Memory Gardens, Huddy, Ky., with family and friends serving as pallbearers. Arrangements were under the direction of the Hatfield Funeral Chapel of Toler, Kentucky.