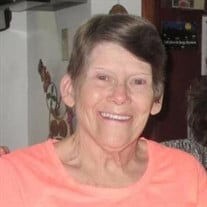 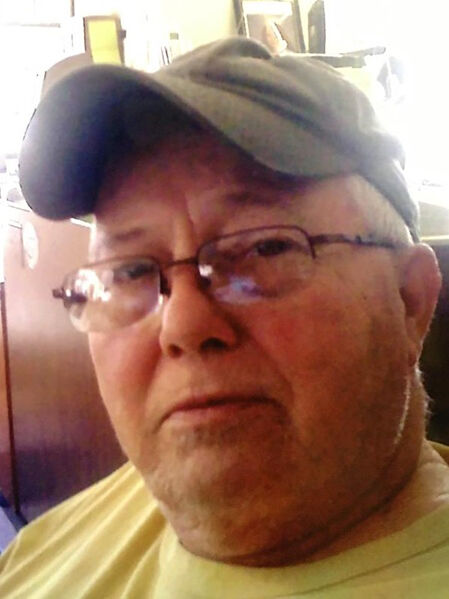 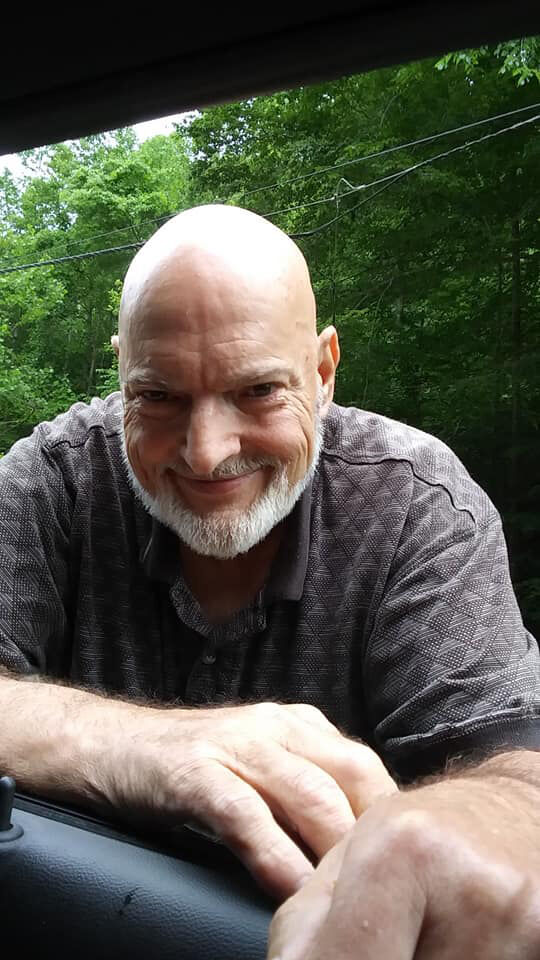 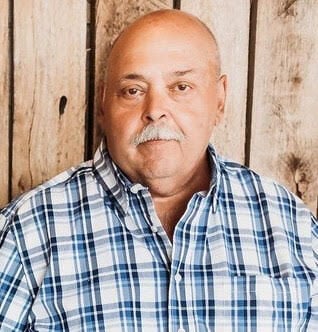 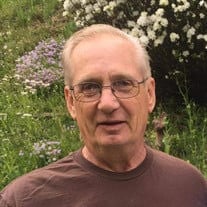 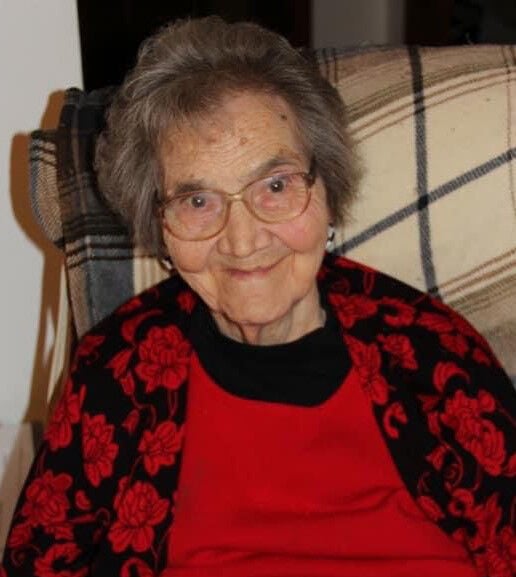 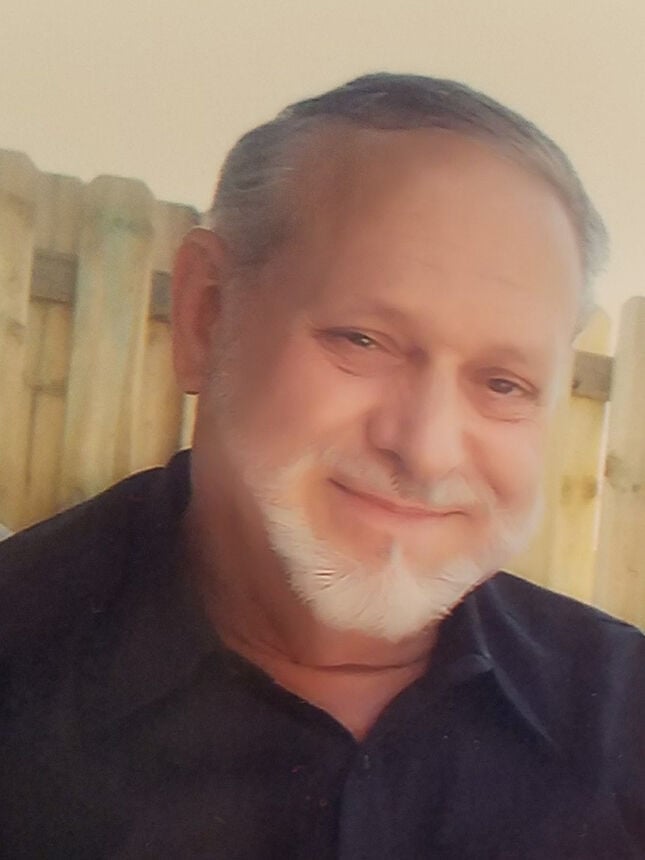 He was a graduate of the Belfry High School Class of 1965. Following graduation, he attended vocational school and received a certificate in welding. He retired from Eastern Coal Company where he did electrical work. He was a member of the Bluesprings Freewill Baptist Church where he attended when his health allowed. He was also a member of the UMWA and the Stone Lodge #890 F&AM. An avid outdoorsman, Bill loved hunting especially with beagles.

In addition to his parents, he was preceded in death by his brother, Tandy Buchanan; and his sister, Anna Lois Buchanan Davidson.

He is survived by his wife, Brenda Smith Buchanan, of Ransom, Ky.; his children, Tabitha Buchanan Schlatter and her husband, John, of Cookeville, Tenn., Candace Buchanan King and her husband, Freddie, of Lawrenceburg, Ky., and Bill “Bucky” Buchanan and his wife, Alison Stevens, of Richmond, Ky.; 12 grandchildren; and a host of friends.

Funeral services were held at 1 p.m., Saturday, May 29, 2021, in the Hatfield Funeral Chapel at Toler, Kentucky. Burial followed in the Bluesprings Freewill Baptist Church Cemetery at Ransom, Ky., with Buck Buchanan, Cooper Buchanan, Aaron Deel, Jordan King, Josh King and Matt King serving as active pallbearers. JC King served as an honorary pallbearer. Arrangements were under the direction of the Hatfield Funeral Chapel of Toler, Kentucky.

Virginia Rose Elswick Cline, 96, of Delbarton, formerly of Wharncliffe, died Wednesday, May 26, 2021, at her residence.

She enjoyed shopping, watching Days of Our Lives, cooking and feeding people, but her greatest love was spending time with her family and friends. She was a Godly woman who loved and cared for everyone.

In addition to her parents, she was preceded in death by her husband, Rutherford Cline; three sons, Ronnie Cline, Donnie Cline and Troy Cline; and a special daughter-in-law, Gloria Dawn Cline.

Funeral services were held at 5 p.m., Sunday, May 29, 2021, in the Mounts Funeral Home Chapel with Rev. Eddie Layne officiating. Burial followed in the Hatfield Cemetery, Hampden. Arrangements were under the direction of Mounts Funeral Home, Inc., of Gilbert.

In addition to her parents, she was preceded in death by her brothers, Albert, Forrest, Bill, Curt, Donald, Franklin, Kenneth and Ronnie Evans; and her sisters, Fannie Aleshire and Dorothy Dixon.

She had a strong worth ethic. She worked as a secretary, CNA, and was employed by Wal-Mart for nearly 10 years. She was always willing to help others and cared for her sister, Dorothy, until her passing. Carol and her sister, Dorothy, always looked forward to the Evans Family Reunion and kept everyone laughing and well fed. She was an animal lover and was always caring for the strays in the community.

She was loved by so many and will be sadly missed.

Special loved ones as well as a host of nieces and nephews left behind to cherish her memories include: Elaine from Pennsylvania; Lola Rice from the Good Shepherd; Connie Gibson whom she loved like a sister; her longtime friend, Rita Edwards; and especially Donald and Connie Shepherd. Carol thought of Connie as a sister.

He was born in Williamson, May 13, 1947, the son of the late Irvin “Pete” Maynard and Sylvia Nunn Maynard.

He was a graduate of Matewan High School and completed journalism courses that landed him an early career in network television and radio. Following a prosperous broadcasting career, Allan adventured into a human resources career that focused on the coal mining industry. Allan’s love for radio became a frequent hobby. He also became an avid airplane pilot and grew to love trains and electronics. Allan was honored as a Kentucky Colonel by Gov. Steve Beshear. He was a devoted son, brother and uncle to his family.

He is survived by his sissy, Sandra Collins Chafin (Wilson); his niece, Tara Beth Anderson (Jeremiah); his niece, Crystal Collins Cox (Harold); and a host of cousins, other family and friends.

Allan will be laid to rest alongside his dear mother and precious golden retriever Goldie, in Pearisburg, Va., at the Birchlawn Burial Park.

At this time there are no plans to hold formal services. Arrangements are under the direction of the Hatfield Funeral Chapel of Toler, Kentucky.

He was born in Williamson, July 2, 1954, a son of the late Pete Junior and Judy Sincell.

He was a disabled coal miner having worked underground at Caney Branch Coal company and was of the Church of God faith.

He enjoyed hunting, fishing and spending time with his son. His love for animals did not go unnoticed.

In addition to his parents, he was preceded in death by one sister, Carol Jean Chapman; one grandson, Ethan Ryan Sincell; and a special companion, Peggy Lester.

He is survived by one son, Gary Sincell Jr., of Phelps, Ky.; three brothers, Fred Sincell (Pansy) and Danny Sincell (Allie “Doll”), both of Phelps, Ky., and Harold Sincell (Ann), of Louisa, Ky.; and a host of family and friends.

Funeral services will be held at 1 p.m., Friday, June 4, 2021, at the Jones & West Funeral Home, Phelps, Ky., with Reverends Daryl Wolford and Benny Freeman officiating. Burial will follow in the Sincell Family Cemetery, Bones Branch of Phelps, KY., with friends and family serving as pallbearers. Arrangements are under the direction of the Jones & West Funeral Home of Phelps, Kentucky.

He was a coal miner and a member of the Church of the Lord Jesus Christ. He also loved riding side by sides, gardening and building things for the family. Since Randall was a little kid, he loved to go camping and continued to love it even in his older age. To Randall, family was his greatest love of all.

In addition to his parents, he was preceded in death by his brothers, Estil, Jerry and Timothy White; and his sisters, Hazel Prater, Trena Evans and Letha White.

He is survived by the love of his life whom he was married to for 54 years, Frances White; his son, Anthony White; his daughter, Teresa Curry (Greg); his brother, Lawrence White (Mary); his sisters, Brenda Hitchcock (Chris) and Marlene Tackett (Roy); his special aunt and uncle, Linda and James Bevins; his special sister-in-law, Peggy Varney (Ralph); his special brother-in-law, Fred Browning (Carol); his grandchildren, Jennifer Brewster (Scotty), Toni Lynn Roblee (Channing) and Jamie Maynard (Brandon); the light of his life, his great-grandchildren, Kelsey Brewster, Hollie Maynard and Kaiden Brewster; and a host of nieces and nephews.

The family would like to extend their gratitude to the second floor nursing staff at Tug Valley ARH.

He was born in Williamson, Dec. 20, 1953, the son of the late Johnny and Bernice (Deskins) Williamson.

He was a retired coal miner. He loved long family trips to amusement parks and beaches, but his favorite thing to do was to spend time at his camper in Pipestem with all the kids and grandkids.

In addition to his parents, he was preceded in death by his brother, Jimmie Lee Williamson, of Pawleys Island, South Carolina.

Funeral services were held at 2 p.m., Thursday, May 27, 2021, in the Mounts Funeral Home Chapel with Rev. Clifford Rawls officiating. Burial followed in the Phil Cline Cemetery at Baisden. He was carried to his place of rest by John Newcomb, Dakota Rawls, Tyler Bledsoe, John Montalvo, Billy Plaster, Brad Cline and Clarence Rawls. Arrangements were under the direction of Mounts Funeral Home, Inc., of Gilbert.

John was loved by many and will never be forgotten.