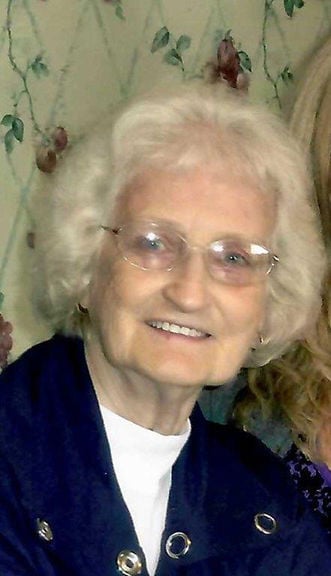 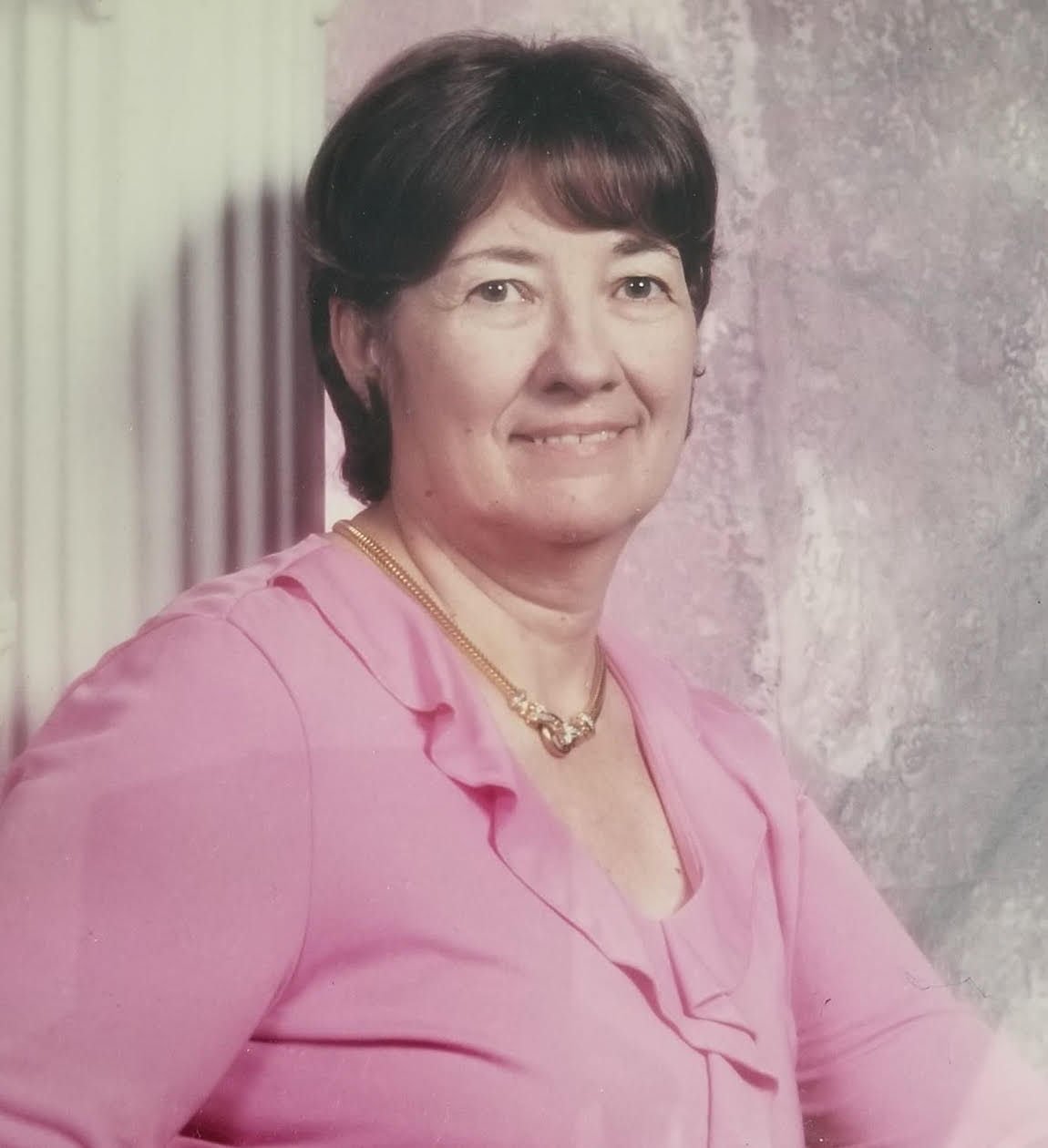 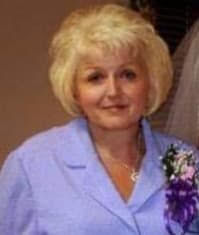 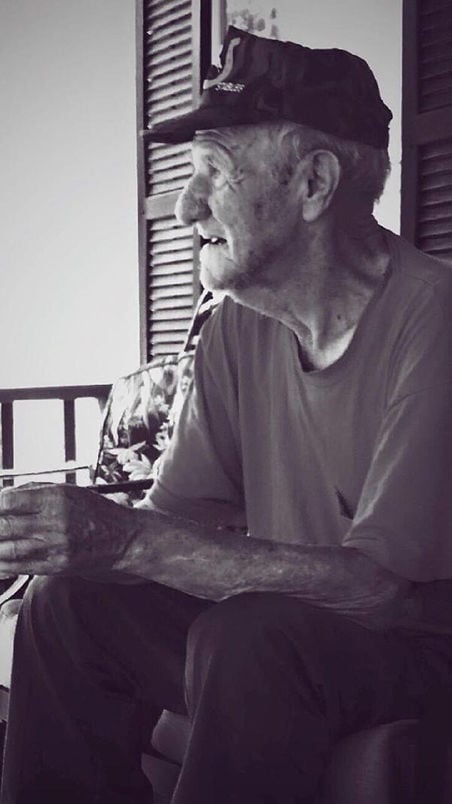 He was born in Pike County, Jan. 20, 1937, the son of the late Bony Blankenship and the late Clara McCoy Ross.

He was a retired coal miner and a member of the Nolan Freewill Baptist Church.

In addition to his parents, he was preceded in death by his wife, Anna Mae Blankenship,

In lieu of flowers, the family requests memorial contributions be made to the funeral home to help with expenses.

She was born in Wayne County, May 9, 1948, the daughter of the late Benjamin “Bennie” and Virgie (Marcum) Salmons.

In addition to her parents, she was preceded in death by her sisters, Melissa Jackson and Annie Baisden; her brothers, Ivory, Walter, Clifton, Robert and Virgil Salmons, and John B. and Wallace Marcum.

There are angels who walk among us and our precious mother was one of them. We were blessed to call her “Mommy.” She was a wife, mother, grandmother, great-grandmother, sister, aunt and neighbor. She loved each one as much as she was loved. Mommy was such a precious soul who touched the lives of so many. All those who knew her, loved her.

She worked along-side her husband as a magistrate’s assistant for 21 years. During her tenure as an assistant, she gained a personal connection with the community she served. While serving in said capacity, the senior citizens center was located at the courthouse at Phelps, Ky., giving her the opportunity to become involved in the lives of the senior citizens who attended. She loved it. From cooking for the regular patrons to sharing many laughs with fellow co-workers and community friends, she did her job with a heartfelt sincerity. When not at work, she enjoyed preparing food for her family, friends and neighbors. She gleaned at the chance to make someone’s day a little better.  She adored her flowers and enjoyed cultivating a beautiful spring and summer bouquet from her yard. Above all her many talents, her greatest joy was being a loving wife and mother for 41 years.

In addition to her parents, she was preceded in death by her brothers, Stevie Darrell Swiney and Willis Swiney; her sister, Judy Anderson; and her sister-in-law and brother-in-law, Kathy and Raymond Sanson.

She is survived by her husband, Hilman Dotson, of Majestic, Ky.; her daughter, Ruby Ann Bowling (Chris), of Phelps, Ky.; her son, Jeffery Dotson (Latasha), of Phelps, Ky.; her grandchildren, Mason, Lola and Sawyer; her sisters, Linda Clevinger (Stevie), Jackie Thacker (Terry) and Minnie Stump, all of Elkhorn City, Ky., and Patty Belcher (the late Randall), of Big Rock, Va.; her sisters-in-law, Betty Banks (Randall), of Nicholasville, Ky.; her brother-in-law, Jimmy A. Dotson, of Majestic, Ky.; and a community of loving neighbors and friends.

Due to the COVID-19 pandemic and the recent spike in cases, please adhere to all social distancing recommendations. Also, if you have a compromised immune system or are feeling ill and do not feel comfortable in attending, the family understands completely and appreciates the caution and consideration. If this is the case, you are welcome to visit www.chambersfuneralservices.com and sign the online guestbook.

Honoring services will be conducted at 1 p.m., Friday June 26, 2020, at the Chambers Funeral Services Chapel with Pastors Harold Layne and Larry Rife officiating. Burial will follow at the Buddy Mounts Cemetery, Majestic, Ky., with family and friends serving as pallbearers. Arrangements are under the direction of Chambers Funeral Services, Inc., of Matewan.

She was born at Lenore, Dec. 4, 1927, the daughter of the late Jimerson and Mary Wilson Bartram.

She was a loving and caring lady. She enjoyed going to church, sewing, traveling and dancing, but most of all, she loved spending time with her children and grandchildren.  She loved playing drums in church and attended the Nolan Church of God Acts 20:28.

In addition to her parents, she was preceded in death by her husband, Trivette Roger Hatfield; her son, Roger Dale Hatfield; her brothers, Roy, Frank, Boyd, Ira and Thomas Bartram; and her sisters, Elizabeth Johnson, Hazel Canterbury and Gladys Swain.

She was a homemaker and a longtime member of the Pinsonfork Church of God.

In addition to her parents, she was preceded in death by her husband, James W. Justice; three brothers, Dewey Keen, Burt Keen and Curtis Keen; her sisters, Pearl Mullins, Ollie Stacy and an infant sister.

The guestbook may be signed www. rerogersfh.com.

Our earthly angel, Nancy “Michelle” (May) Smith, 51, gained her everlasting reward and returned to her heavenly home on Sunday, June 21, 2020, after a valiant battle with a long illness. Her devotion to her family and her firm belief in God supported her in her struggle and ultimately gave her peace.

She was born at Williamson, Dec. 27, 1968, to her loving parents, Arnold “Bo” Ray May, of Gilbert, and Janice Faye May, of Columbus, Ohio. She was the sunshine in her parent’s world and she was “Daddy’s Little Girl”, a title she delightfully wore until her last breath.

Those waiting to greet her at the gates of Heaven include her maternal grandparents, Nancy Ellen (Hunt) and Paris Smith Justice; her paternal grandparents, Sebert and Eunice (Carter) May; her father-in-law, James Edward Smith Sr.; and her cousins, Shanda Gail May, Chris May, Tyler May.

Those left to cherish and carry on the memory of our “Pink Lady” inside their hearts are her parents, Arnold and Janice May; her devoted husband, Eddie Smith; her precious sons, James and Eddie Ray Smith; her daughter-in-law, Megan Smith, who was like her own daughter to her; her prayerful mother-in-love, who considered her a loving daughter, Maudie Smith, of Gilbert; her special aunt, Diane Oliver, of Columbus, Ohio; her numerous caring sisters and brothers-in-love; her caretaker, Gaynell VanNatter, of Gilbert; and her special hairdresser and friend, Destinee Cline, of Gilbert.  She also leaves behind a host of nieces, nephews, friends and other relatives who loved her very much.

Funeral services were held at 2 p.m., Wednesday, June 24, 2020, at the Mounts Funeral Home Chapel with Rev. Gary Starr officiating. Burial followed at the Carter Cemetery, Browning Fork, with her family and friends serving as pallbearers. Arrangements were under the direction of Mounts Funeral Home, Inc., of Gilbert.

She was truly our earthly angel. Her sweet temperament, compassionate soul and unwavering love for our Lord and Savior made her a friend and witness to everyone. She was simply one of the ways God’s love was made manifest on Earth.