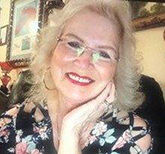 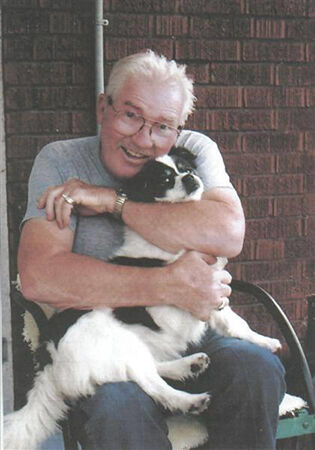 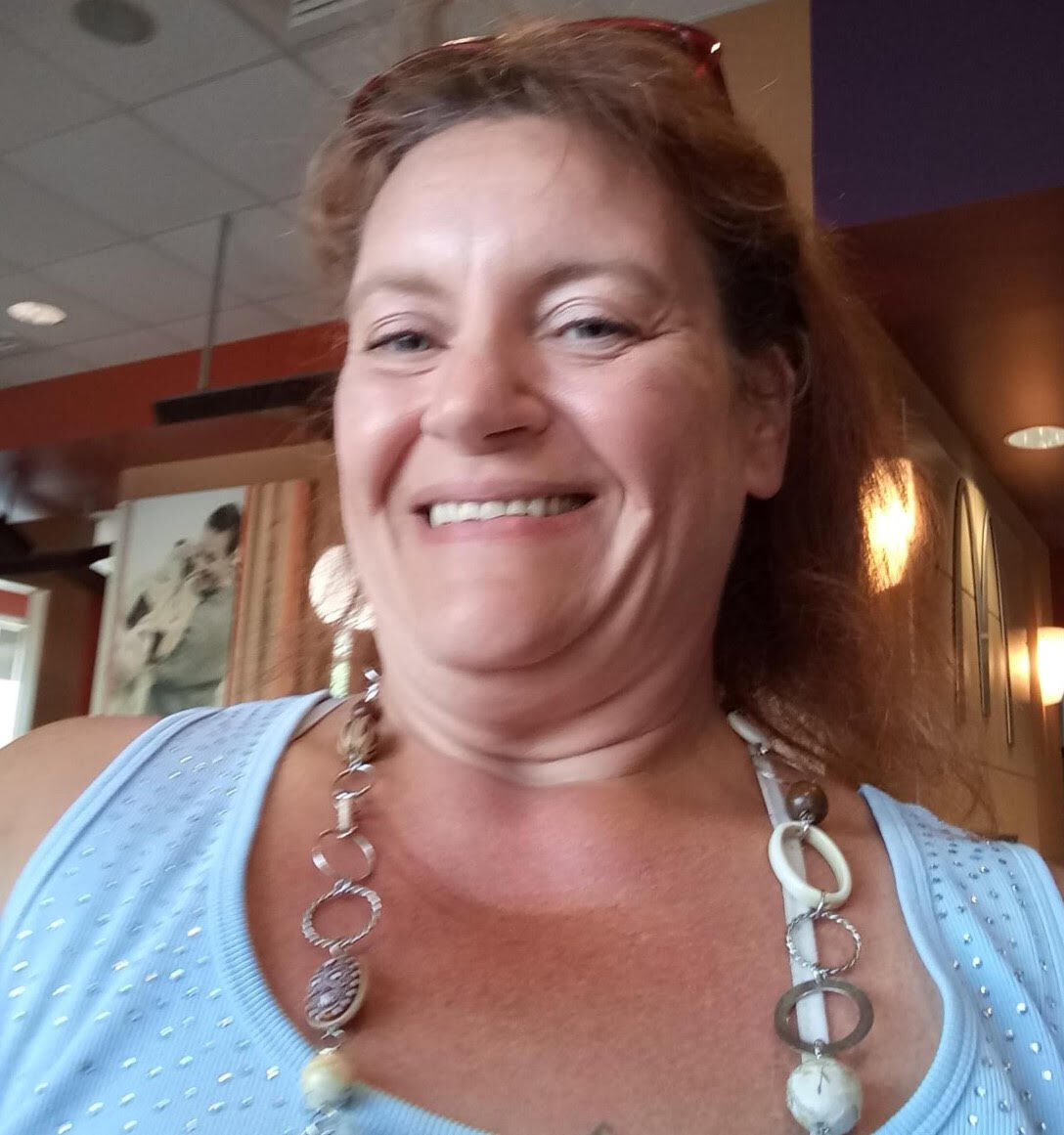 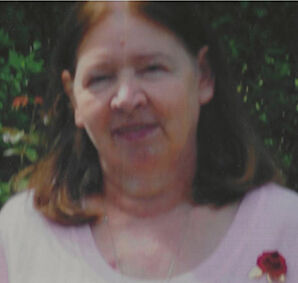 She was born at Man, Oct. 12, 1974, the daughter of the late Douglas Asprey and Linda Griffin.

She attended Man High School, graduating in 1992. She studied at Northwest State Community College. She worked in many factories in Virginia and she even helped her husband, Joe, cut trees. If there was a job to do, she probably had done it. She attended church faithfully and enjoyed spending time with her family and friends. She was a wonderful wife, mother, grandmother, sister, aunt and friend.

In addition to her parents, she was preceded in death by her husband, Joe Brumfield; her sister, Michelle Asprey Hitchcock; and her grandparents, Ruth and Kork Griffin.

She is survived by her son, Joe Matthew Lee Brumfield, of Bruno; her daughters, Tara Linda Brumfield (Josh Ellis), Of Bruno, Kristina Robinson, of Roanoke, Va., and Starlena Salter (Billy), of Man; her  grandson, Timothy Nicholas, of Va.; her granddaughters, Caitlyn, Sophia and McKenzley Salter, all of Man, and Miley and Madison Ellis, both of North Carolina; her brother, Matthew Stevens, of Bruno; her niece, Stephanie Workman, of Ohio; her special aunt, Lila Brumfield, of Lorain, Ohio; and a host of nieces, nephews, aunts, uncles and other family members and friends.

In lieu of flowers, donations may be made to Mounts Funeral Home toward funeral services.

James Huey Curry, 84, of Huntington, formerly of Delbarton, died Saturday, Aug. 15, 2020, at The Sanctuary of the Ohio Valley, Ironton, Ohio.

He was a graduate of Burch High School. He proudly served in the United States Army for two years as a PFC, in peacetime, following the Korean Conflict, and was honored to participate in the Army Color Guard. He later worked for Harvey Hubbell-Ensign Electric for 28 years. He enjoyed playing the fiddle and harmonica and Bluegrass music. He loved wildlife and the company of the neighborhood dogs, often walking them throughout the streets of Westmoreland. He had a love for woodcutting and antique restoration. He was blessed to have a special companion, his dog, Cookie.

In addition to his parents, he was preceded in death by his siblings, Dames Jacob “Jakie” Curry, James “Bo” Curry, June Seagraves and Jean Gilreath.

He was a retired security guard. He enjoyed hunting, fishing and spending time in the garage working on his trucks. He was a member of the Pentecostal Church of Beech Creek.

In addition to his parents, he was preceded in death by his wife, Brenda Hatfield.

Funeral services were held at 2 p.m., Saturday, Aug. 15, 2020, at the Mounts Funeral Home Chapel with Rev. David Ferguson officiating. Burial followed at the Allison Hatfield Cemetery, Newtown. He was carried to his final resting place by his family and friends. Arrangements were under the direction of Mounts Funeral Home, Inc., of Gilbert.

She was born at Verdunville, Aug. 27, 1946, the daughter of the late Ranzo and Eula Brunty Roberts.

She was a homemaker and loved to sew and do crafty things. She also enjoyed making old-fashioned clothing.

In addition to her parents, she was preceded in death by her husband, Christopher Kirk; her brother, Ranzo Roberts Jr.; and her grandson, Roger Dale Johnson II.

She is survived by her children, Robert Parks and Shawn Parks, both of Texas; her daughter, Teresa Ann Peters, of Hardy, Ky.; her brothers, Danny Ray Roberts, of Georgetown, Ky., and Randy Michael Roberts (Geraldine), of Willow Wood, Ohio; her sister, Brenda Kay Rife (Dallas), of Varney; two grandchildren; and nine great-grandchildren.

In honoring the wishes of Barbara, cremation will take place and no services will be announced at this time. Arrangements are under the direction of the Chafin Funeral Home of Delbarton.

She dedicated her life to serving others as a nurse and nurse practitioner and was a proud graduate of West Virginia University. She cherished her family and was fulfilled by being a wife, mother and grandmother (Bammie.) She lit up any room she walked into and always had a smile for everyone. She was a member of Chinquapin Grove Baptist Church and a selfless servant of the Lord.

She was preceded in death by grandparents, Marion and America (Merkie) Davis; along with Isom and Eller Ooten; and her sister, Penny Elaine Maynard.

The guestbook may be signed at www.tetrickfuneralhome.com.

She was born at Williamson, Oct. 14, 1948, a daughter of the late Howard Pruitt and Nannie Chafin Pruitt.

She was a retired floral designer and was a gifted and very talented designer. She loved flowers of all types and enjoyed creating beautiful arrangements for her customers. She was a longtime designer with the former Flower Nook and The Flowers Peddlers, both were in downtown Williamson.

She was a very kind and soft-spoken woman. She was gracious and her gentle mannerism put people at ease; she was easy to talk to and she was a very good listener. She enjoyed her life and found happiness in living simply and quietly.

She was a devoted Christian and member of Little Dove United Baptist Church. She was also a devoted sister and aunt. Her family was one of her greatest joys.

She will be sorely missed and fondly remembered by all who knew and loved her.

In addition to her parents, she was preceded in death by a brother, Robert Howard Pruitt.

He was the owner and operator of Martin County Rebuilding, until he retired.

In addition to his parents, he was preceded in death by his sister, Barbara Porter; and his son-in-law, Ronnie Pyszkowski.

He is survived by his wife, Linda Staton, of Moneta, Va.; his daughter, Sharon "Sherry" Pyszkowski, of Moneta, Va.; his son, James Staton, of Florida; his grandchildren, Cindy Andersen, Kristy Barrett, Lisa Estepp,  Bradley Staton and Misty Coffey; his great-grandchildren, Kasey, Hailey, Chelsea, Carrigan, Mikelle, Jaron and five others; his great-great-granddaughter, Anistyn; his sisters, Wilma Lou Cassell and Lois Staton, both of Forest Hills, Ky.; his brother-in-law, Okey Porter; and a host of other loving family members and friends.

She was born at South Williamson, Ky., Feb. 2, 1960, the daughter of the late Artemus Lester and Mary France.

She was a homemaker and had a special bond with her children, grandchildren, daughter-in-law and sons-in-law. She had a heart of gold and a special place in her heart for all children. She loved taking care of her family and animals and enjoyed riding horses. She also had a great sense of humor and liked to have a good laugh from time to time.

In addition to her parents, she was preceded in death by Gilmer Blankenship, the man who raised her, and whom she called “Dad.”

Funeral services were held at 1 p.m., Sunday, Aug. 16, 2020, at the Jones & West Funeral Home Chapel, Phelps, Ky., with Reverends Doug Maynard, Daryl Wolford and Kenny Chapman officiating. Burial followed at the Buddy Mounts Cemetery with family and friends serving as pallbearers. Arrangements were under the direction of the Jones & West Funeral Home of Phelps, Kentucky.