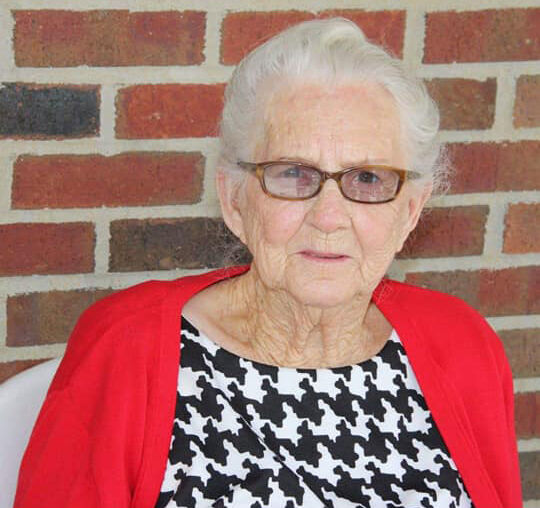 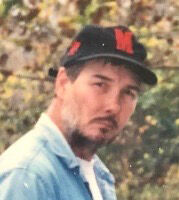 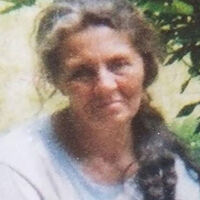 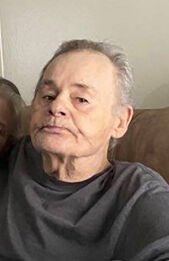 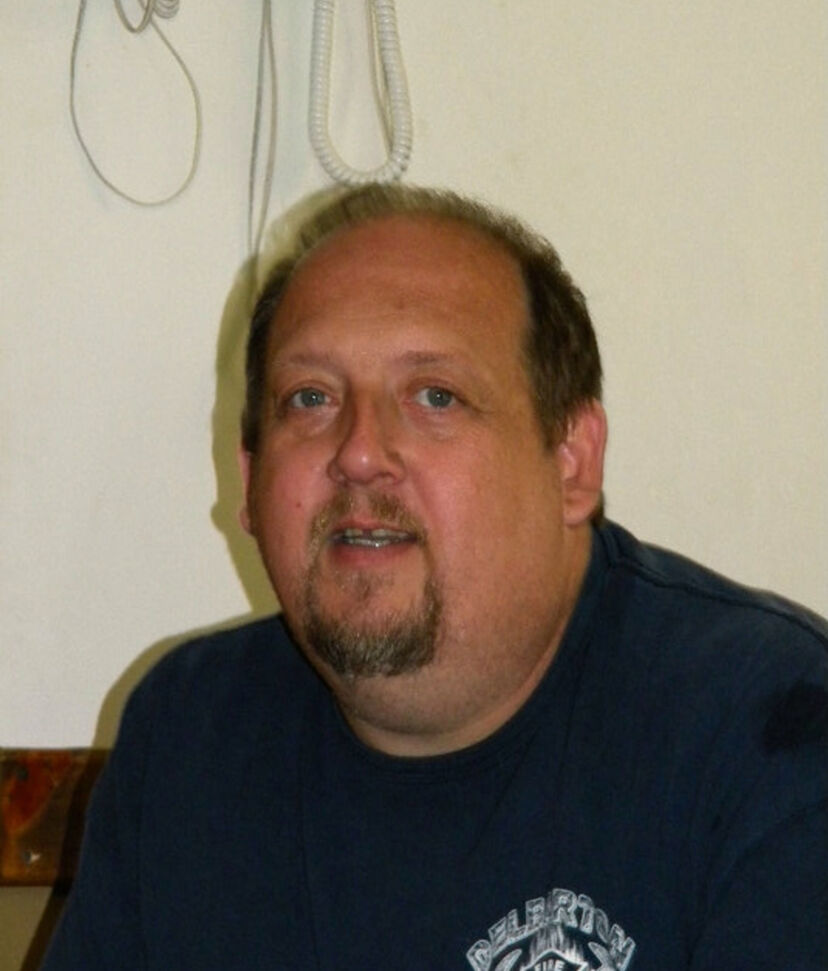 He was a faithful member of the Tug River Community Church at Sprigg. He loved to fish and hunt, but most of all he loved to cut firewood. He was a loving husband, dad and grandpa.

In addition to his parents, he was preceded in death by his son, Jerry Dillon; his daughter, Wanda Novella Dillon; his brother, Jimmy Dillon; his sister, Joyce Webb; and one grandchild.

He is survived by his loving wife of 63 years, Floretta Jewell Dillon; his sons, Roy Dillon (Debbie), of Stone, Ky., Benjamin Dillon (Shirely), of Nicholasville, Ky., and Andy Jr. Dillon (Hazel), of Paintsville, Ky.; his daughter, Loretta Dempsey, of Red Jacket; his brothers, Harold Dillon (Rhonda), of Red Jacket, and Paul Dillon (Bernice), of Jennings Creek; his sisters, Glandys Boone and Virginia Woods (Chuck), both of Lorain, Ohio, and Lisa Baisden, of Matewan; 13 grandchildren; 29 great-grandchildren; and one great-great-grandchild.

In honoring his wishes, cremation will take place and no services will be held at this time. Prayers for this precious family would be appreciated. Arrangements are under the direction of the Chafin Funeral Home of Delbarton.

She was of the Apostolic faith and was a member of the Church of God in Jesus Name of Phelps, Kentucky. She enjoyed church and fellowshipping with her brothers and sisters in Christ. She appreciated a good laugh and was a pleasure to be around. She was steadfast, unmovable and stood firm in the fact that her hope was in the Lord and that she would hear, “Well done thou good and faithful servant.”

She was well known for her baking and cooking. From apple pies to pumpkin rolls, she sure knew her way around the kitchen. Her creative nature did not stop with food preparation, she was also proficient in sewing, as well as painting and various other craft projects. When her health allowed, she loved to travel. Her late husband, “Aut,” often teased her in telling her she had a “traveling spirit” for it was not uncommon for her to get in the car and literally go! No trip was too far. Her adventurous nature, combined with her legacy of serving the Lord, has left an impact on all who loved her that will not soon be forgotten.

In addition to her parents, she was preceded in death by her husband, Arthur “Aut” Dixon; her sisters, Mable Crum and Wilma Casey; her brothers, Luther Harris, Curtis Harris and Larry Harris; and four infant siblings.

She is survived by her daughter, Jennifer Dixon, of Red Jacket; her sons, Jeff Dixon (Marsha), of Matewan, Terry Dixon (Tammy), of Cleveland, N.Car., and Tim Dixon of Belfry, Ky.; her grandchildren, Brandi Dixon, of Cleveland, N.Car., Cody Dixon and Lauren Dixon, both of Statesville, N.Car., and Austin Dixon, of Cross Lanes; her great-grandchildren, Lukas Ray Dixon and Jacen Keith Dixon, both of Cleveland, N.Car., and Harper Knox Dixon, of Statesville, N.Car.; her brothers, Pastor Opie R. Harris (the late Norma Lee), of Phelps, Ky., and Oliver “Buddy” Harris Jr. (Jean), of North Matewan; her sisters-in-law, Barbara Harris, of Varney, Bonnie Harris, of Phelps, Ky., and Charlene Harris, of Freeburn, Ky.; and a host of nieces, nephews and loved ones, as well as a community of friends.

Honoring services were held at 1 p.m., Thursday, Jan. 14, 2021, at the Church of God In Jesus Name, Phelps, Ky., with Rev. David Norman officiating. Burial followed at the Harris Cemetery, Thacker, # 11 Hollow, with family and friends serving as pallbearers. Arrangements were under the direction of Chambers Funeral Services, Inc., of Matewan.

She was a beloved mother and grandmother who cherished her children and grandchildren. Her giving and kindness was not limited to her family, but her nature of generosity extended to animals, as well. She loved animals and nurtured many stray creatures back to good health.  Oftentimes, she put the concern of her “fur babies” above her own needs.

She will indeed be missed.

In addition to her parents, she was preceded in death by her husband, Jack Justice; her daughter, Jackie Justice; her brothers, Jimmy Leedy and Monroe Leedy; and her sister, Ellen Smith.

In honoring her wishes, cremation will take place with the family hosting a private memorial at a later date. Arrangements are under the direction of Chambers Funeral Services, Inc., of North Matewan.

He was born April 22, 1950, at Logan, a son of the late Blackburn Sturgill and Lula Dillon.

He was a 1968 graduate of Lenore High School where he was a standout basketball player. He spent most of his working career in the coal mining industry and was a member of the UMWA. He enjoyed gardening, building and hunting, when his health permitted.

He was a good and kind man who was a devoted friend to many people over the course of his life. He enjoyed a life of simple pleasures with his loving wife of 43 years, Debbie Jarvis Sturgill. He made a profession of faith in the Lord Jesus Christ. He was of the Baptist faith.

He will be sorely missed and lovingly remembered always. He leaves many wonderful memories to be cherished forever.

In addition to his parents, he was preceded in death by one son, Ted Muncy; two brothers, Archie and Luther Sturgill; and two sisters, Freda Hensley and Janice Birmingham.

In addition to his wife, Debbie, he is survived by four brothers, Leslie Sturgill (Roseann), of Zeina, Ohio, Willard Sturgill (Barbara), of Lenore, Larry Sturgill (Linda), of Portsmouth, Ohio, and Willis Sturgill, of  Finley, Ohio; one sister, Faye Rakes, of Lenore; a host of nieces, nephews, great-nieces, great-nephews, one great-great-nephew and another one to be born in April 2021. Also surviving are his longtime friends, Marvin, Cobb and Louie Dobbins, both of Florida; and his very special cousin, Merle Dempsey, of Huntington.

Visitation was held from 11 a.m. until 1 p.m., Wednesday, Dec. 30, 2020, at Weaver Mortuary, West Williamson, with Reverend Earl White officiating. Interment followed at the Marcum Cemetery, Naugatuck, with family members and friends serving as pallbearers. Arrangements were under the direction of Weaver Mortuary of West Williamson.

She was born June 3, 1925, to Quint and Mintie Bowens Copley. She was raised at Goodman Hollow, Williamson.

A devout Christian, she belonged to the Old Regular Baptist Church and was baptized Oct. 6, 1952, by Tommy Adair. She loved church and her church family. However, she always expressed a belief that church affiliation did not dictate a person’s character and often stated, “It doesn’t matter what church you belong to- it is what you have in your heart that counts.”

She loved being surrounded by family and friends and knew how to bring people together. Sunday dinners were mandatory, and no one stepped foot in her house without being offered a cup of coffee and a bite to eat.

In addition to her parents, she was preceded in death by her husband, John L. Varney; her sisters, Sula, Jane, Myrtle, Juanita and Hazel; her brothers, Chap, Walter and Bill; her son, David Varney; and  her son-in-law, Glen Martin.

She is survived by her children, Sheila Martin, of Elk Creek, Polly and Ance Curry, of Elk Creek, Donnie and Roberta Varney, of Delbarton, and Debbie and Chuck Harrison, of Delbarton; her grandchildren, Shannon and Jeff Stumbo, of Dallas, Tex., Janaya and Michael Williams, of Logan, Angelina and David Moralas, of Vermillion, Ohio, Christopher Shaun and Rachelle Martin, of Temple, Tex., Alicia Varney and Courtney Harrison, of Williamson; and her nephew, Clayburn Varney.

He was born at Williamson, Aug. 20, 1962, the son of Clifford White, of Beckley, and the late Nannie June Evans White.

In addition to his mother, he was preceded in death by his brother, Tommy White; and his nephew, Donavon White.

He is survived by his wife, Kim Lucas White; his son, Cole White (Marie); his daughters, Sarah Kronz (Daniel) and Caroline Spence (Frank); his brothers, Leo White (Billie) and Don White; his sisters, Diane Justice (Chris), Donna Faye Miller and Rita Starr; his dad, Clifford White (Ann); and a host of other dear family and friends.

He was the captain of the Delbarton Volunteer Fire Department and a member since 1984. He loved being able to help anyone who needed it. He was a member of the Reachout Community Church. He loved his church and church family. Most of all, he loved his grandbabies, Tyler Curtis, Michael Curtis, Emily White, Gemma White, Aubrey McCoy, Brantley White, Makenna Hurley, Clayton Kronz, Heath Hurley, Ticarah Hurley, Hannah Kronz, Austin Spence (Auna), Josh Spence, Maddyson Justice, Jamie Justice, Joshua Lee and Chandler Mills. He loved his special friend, Clifford Rawls; and his sidekick, Uncle Glen White.

He will be dearly missed by all who knew him.