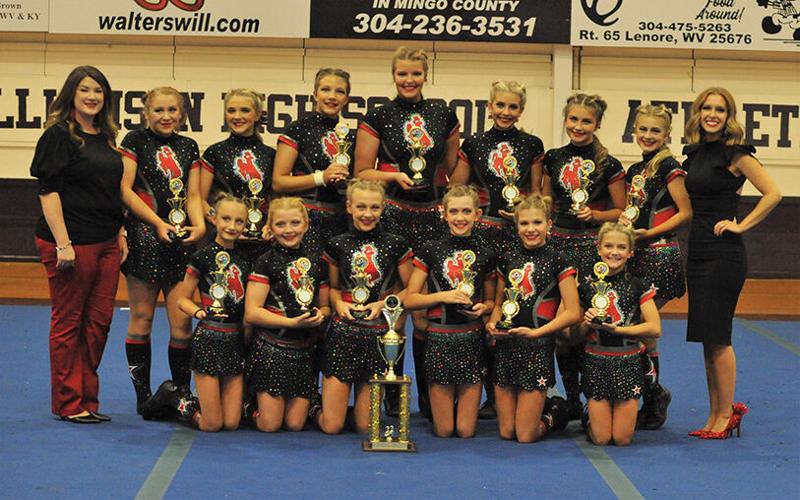 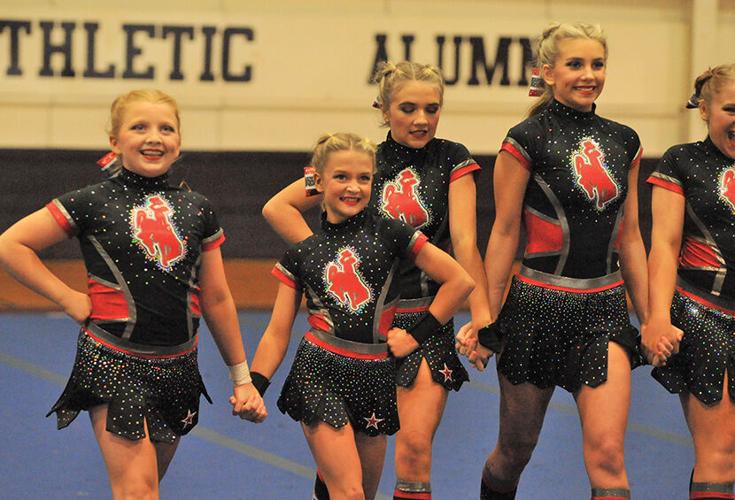 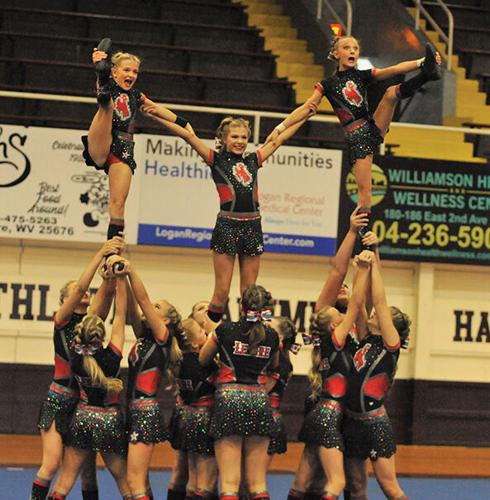 Mitchell Wolford, the Tug Valley High School cheerleading coach, had to like what transpired as Tug's two feeder schools, Lenore and Kermit, finished one-two in the county cheer competition.

It was Lenore Middle School which came out on top, winning the county championship for the third straight year with a score of 75.75, besting the rival Kermit Middle School Blue Devils, which were second with a 60.755.

Lenore cheer coach Anna Moore said she was thrilled with her team's performance in winning the crown and it was a reward for months of hard work.

“It's a great relief,” Moore said. “It's been a lot of hard work and a lot of hours with sweat and tears. We're just tickled to death to get the trophy that we've been working for.”

Lenore's gymnastics and tumbling and level of difficulty in its routine seemed to be the difference in the judge's scoring tally.

“We have a lot of great tumblers on our team,” Moore said. “They work very hard. They are always wanting to push themselves, improve and be competitors.”

Lenore's routine was nearly flawless with few deductions from the judges.

“We didn't have many (deductions),” Moore said. “We had one very small deduction on a little bobble and that was it. I'm very pleased with them.”

Ultimately, the Lenore and Kermit cheerleaders will be moving up to the high school level and that's good news for Tug Valley and Mitchell Wolford.

TVHS will be gunning for a second straight Class A state championship on Dec. 10 at the Cam Henderson Center on the campus of Marshall University in Huntington. Tug won the Class A Region IV title a couple of weekends ago in Parkersburg.

Tug Valley will be gunning for its fifth state title over the last six years. TVHS has won eight state crowns since 2005.

“Absolutely, they know what's in their future,” Moore said. “They still know that they have got to work and they will be looking for that state title someday at the high school level.”

Lenore is assisted by Ashley Browning.

Kermit is coached by Allison Siggers and Kayla Gillman.

Gilbert is coached by Gini Ellis and Erica Rawls.

The Williamson cheer team is coached by Ashley Willis and assisted by Stephanie Fabin.

Matewan is coached by Nicole Daniels and assisted by Rebecca Keatley.