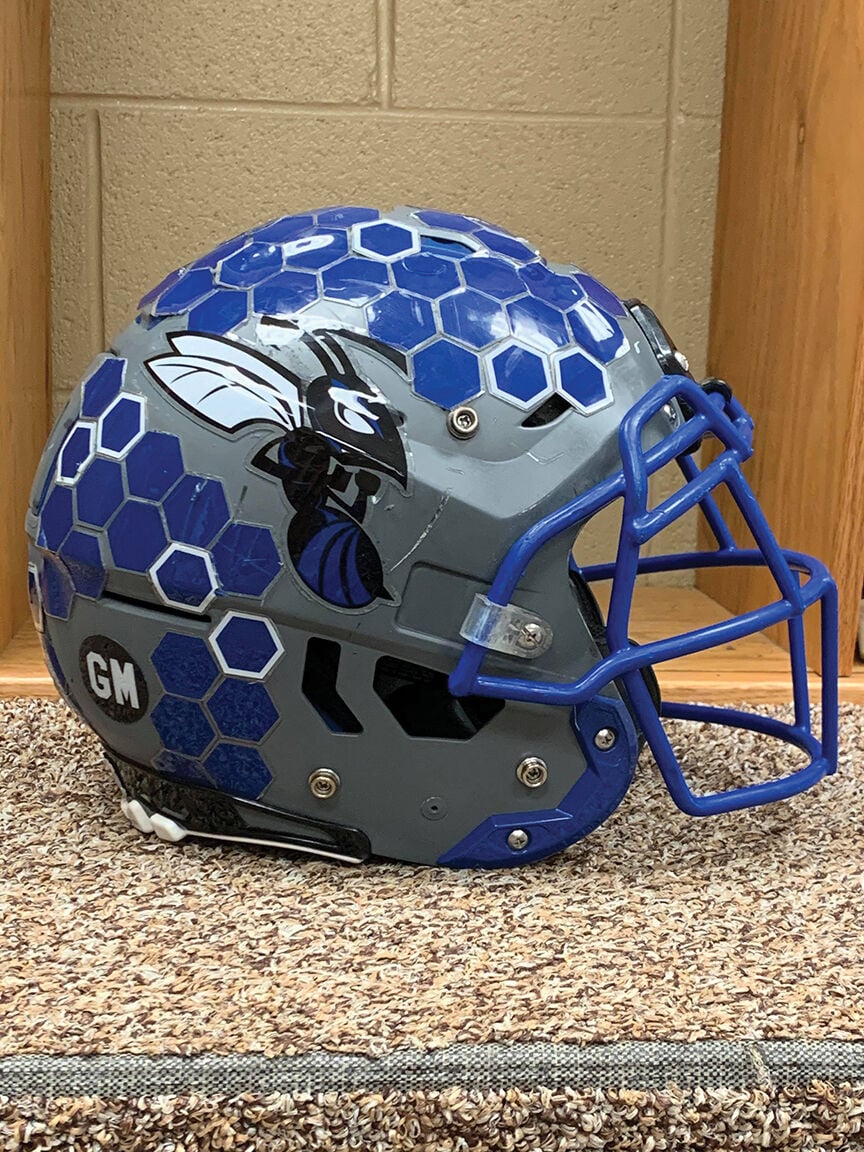 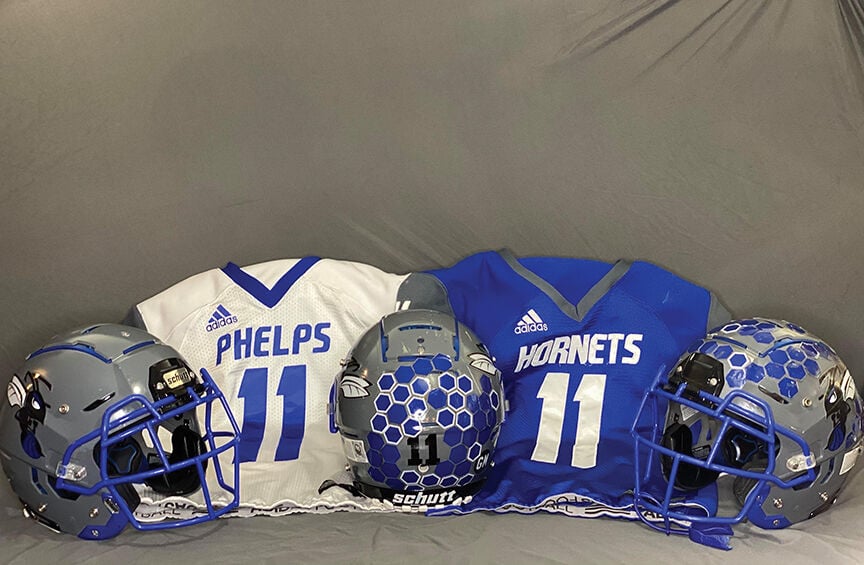 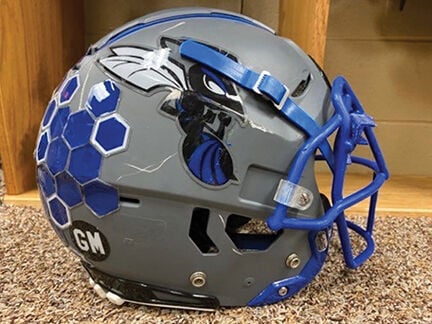 For most of the year we have been dealing with the ongoing pandemic and the quarantine that comes with it.

West took over the program last season and added the new look to the helmets that same year.

“We recondition the helmets every other season. I decided to go with a more modern look then what we had been getting, which was the flat grey that the kids started to like these days and is more modern and attracts more attention,” West said. “I wanted to start more of a traditional look for Phelps so I wanted to throw the Hornet on there, but, I wanted to add something to it to make it stand out, so I started thinking about thing to do for a reward sticker.”

Phelps along with most teams in the sport of football use reward stickers on the backs or all over the helmets to signify things like tackles, touchdowns, interceptions, forced fumbles, sacks, etc.

Most will use a sticker like a school logo or football stickers.

“I couldn’t think of anything to do for a flying, stinging insect other than a honeycomb or a hive, so I got individual hexagons to make a hive and once kids start getting enough, the stickers come together to actually form a hive,” West said.

It’s a simple design, but it is one that may stick around with the program for generations to come based on how the hive design fits Phelps’ mascot so well.

The flat grey helmet the Hornets sport with the school logo on the side has blue accents all throughout the entirety of the helmet along with a blue facemask.

The blue hexagons that form the hive literally make the mascot pop of the helmet and compliments the matching uniforms even more.

“Phelps has always had great looking helmets and I just wanted to build on that and so I had to think about how we could make that better,” West said. “We ended up going with the Hornet logo on the side and the honeycomb design because we thought it just added something that would stick around and build upon the tradition for the school.”

By winning the state and national helmet tournament, coach West has brought some new attention to the program.

Not only did the design gain recognition on the state level, but also then went on to garner national attention.

Achieving these kind things will forever etch the design into future helmets for the Hornets and adds to the bond between players, coaches and fans of the Hornets.

But why did West choose to enter in the state tournament?

And in turn, what became realized from the results of Phelps’ victory?

“I was scrolling through Twitter one day and I saw a coach from Leslie County, Justin Collette, was putting on the state helmet tournament and thought, ‘Oh this will be cool and fun,’” West said. “I thought it would help break the monotony of quarantine.”

So then West entered his teams helmets into the tournament.

“It started as something fun for the kids just to see all the cool helmets throughout the state and then we end up winning the state tournament (which was beyond my wildest dreams) and being put into the national tournament,” West said.

The Hornetville faithful rallied to support their Hornets all throughout the state tournament and then again in the national tournament.

What West learned through the national tournament is that even though rivalries run deep in these mountains, so does the support for mountain programs when it is called for.

“I fully expected Hornetville to come out strong in this and they did, they showed up,” West said. “What I didn’t expect and what pleasantly surprised me was how the state of Kentucky got behind us.

“Just the way the surrounding area (Belfry, Pike Central, and Shelby Valley, along with the rest of Eastern Kentucky) came together behind us and that is what was so important for me to see, that they were supporting one of their own. It really stuck with me and touched me to see how they all supported us throughout the whole thing.”

West and the Hornets now have an award winning modernized look that will sick with the program for years to come.

In an attempt to just break the monotony of quarantine West and the Hornets show us all something we should have already known.

It is even though something may seem beyond our wildest dreams; doesn’t mean we cant achieve it.